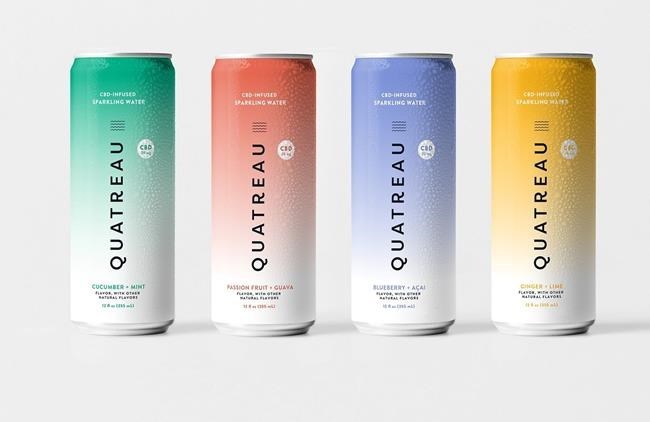 Cointreau, which is pronounced KWAN'troh, said in a complaint and jury demand filed in a New York court on Friday that it believes Smiths Falls, Ont.-based Canopy is using the Quatreau name because it is similar to that of the orange liqueur company.

"(The) defendants have adopted Quatreau instructing consumers to pronounce it as 'kwatro', for a line of cannabis-infused waters and sodas in order to unfairly capitalize on the goodwill and reputation of the Cointreau mark," said Cointreau.

"(The) defendants’ wilful actions will not only confuse consumers as to their affiliation with plaintiffs and the Cointreau brand, but will blur the exclusive association plaintiff enjoys between Cointreau and a single source of orange liqueurs."

Cointreau did not immediately respond to a request for comment and Canopy declined to comment on the lawsuit.

Cointreau, however, details in court filings that it is considering introducing waters and sodas to the U.S. market, but worries that its brands will be mistaken for Canopy's because they both end in 'treau" and their pronunciation has only one differentiating letter, "n."

Cointreau said it has collected evidence that shows Canopy intends to add tetrahydrocannabinol — the main psychoactive component in cannabis – if and when the sale of THC-containing products is no longer illegal under federal law.

Because THC-infused beverages are “intoxicating and often consumed for those effects just as alcoholic beverages are,” Cointreau believes even more confusion could eventually arise.

"The Quatreau mark is so aurally indistinguishable from the Cointreau mark that it will cause confusion in the marketplace," Cointreau said in the court filings.

"This is particularly true when a patron calls out the name(s) ... to a bartender or server at a restaurant, bar or lounge."

Cointreau is seeking a permanent injunction to keep Canopy from infringing on its trademarks and using any word, term, name, symbol, or device on any product, which is likely to cause confusion.

Cointreau also wants any profits Canopy made on products with the allegedly infringing trademarks and for the cannabis company to cover its costs and attorneys fees.

The Quatreau beverages, which were Canopy’s first CBD drinks to cross the border, have been available since March to U.S. customers, who were previously able to buy the pot producer's Martha Stewart, BioSteel and This Works products.

The beverages, which have been available in Canada since last fall, contain 20 milligrams of CBD and come in ginger and lime, cucumber and mint, blueberry and açaí, and passion fruit and guava flavours.

Cointreau has been sold in the U.S. since 1885, but its products date back to 1849, when Adolphe and Edouard-Jean Cointreau established a distillery in Angers, France to create spirits using local fruits.

Edouard Cointreau, son of Edouard-Jean, distilled a spirit from sweet and bitter orange peel in 1875 and the first bottles were sold that year.

Cointreau estimates that it sells 12 million bottles per year across the globe, including 4.13 million in the U.S., which it considers to be one of its top export markets.

This report by The Canadian Press was first published July 21, 2021.

Companies in this story: (TSX:WEED)