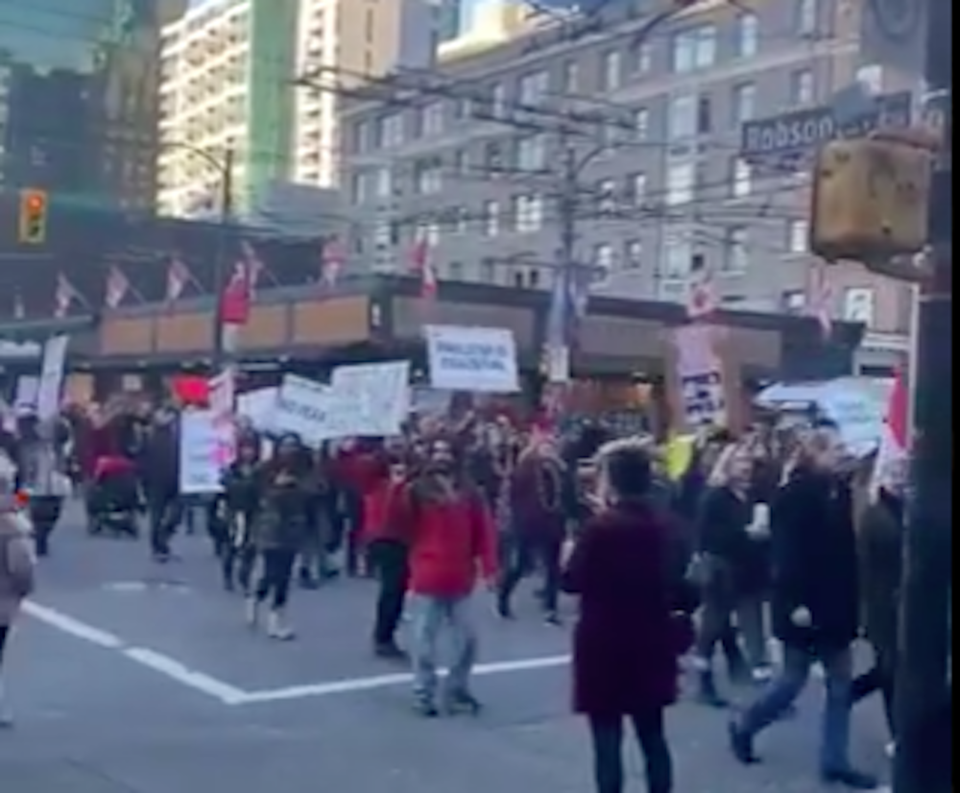 Hundreds of anti-mask demonstrators gathered in downtown Vancouver over the weekend to protest government-imposed restrictions related to the COVID-19 pandemic.

The BC Christmas Freedom Rally 2020 commenced outside of the Vancouver Art Gallery at noon on Saturday, Dec. 5 and drew upwards of 400 people. The holiday-themed event featured several guest speakers, a march with Santa, live music and more.

Protestors included members of various groups, including Hugs Over Masks, 5G and QAnon conspiracy theorists, anti-vaccine advocates, and more. They held signs that read "freedom is essential," "false evidence appearing real," "we are all essential," and "fake news."

Vancouver Police Spokesperson Cst. Tania Visintin tells Vancouver Is Awesome in an email that the protest remained peaceful throughout the day and no arrests were made. 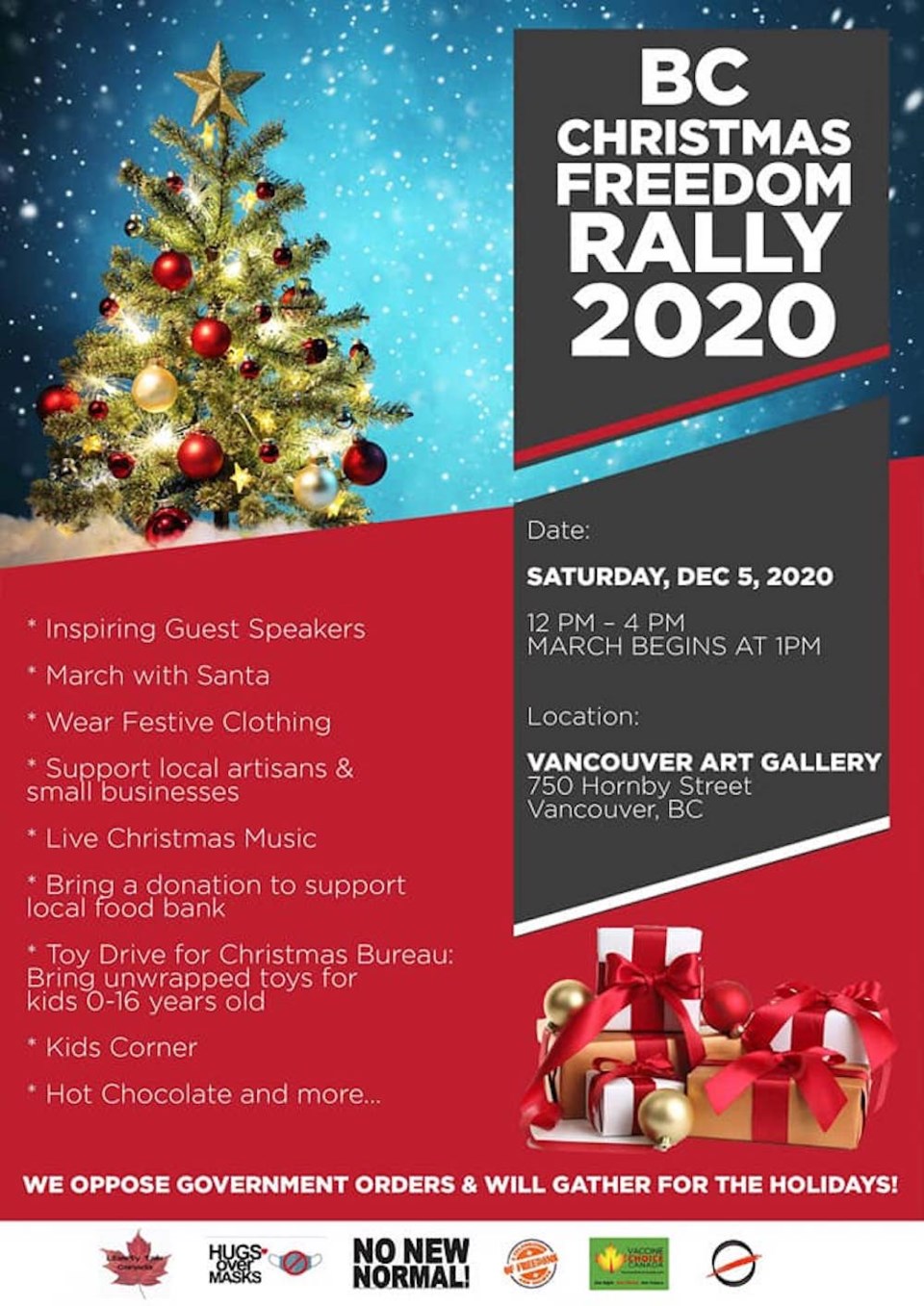 Following the news that Donnelly would be appearing at the rally, the Canucks released a statement from their COO Trent Carroll which said “Mark Donnelly is acting independently and we hope the public understands he is not representing the Vancouver Canucks,” and “We encourage everyone to wear a mask and to follow the provincial health orders.”

One of the owners of the Canucks, Francesco Aquilini, tweeted after the rally that Donnelly is now a "Former Canucks anthem singer."

"Anti-Mask" sentiment in Metro Vancouver and beyond

In a COVID-19 daily briefing, provincial health officer Dr. Bonnie Henry underscored that she has "no time for people who are belligerent" and try to downplay the severity of the pandemic, or deny that COVID-19 exists.

"This is a truly challenging pandemic and I have no time for people who believe that wearing a mask somehow makes them ill or is a sign of lack of freedom," she said.

"To me, it's about respect for our fellow people who are suffering through this with us."

Have a look at a couple of videos from the rally.

There was a huge anti-lockdown protest in Vancouver yesterday.

It was good to see so many people demanding EVIDENCE-BASED DECISION MAKING.

But there was no mainstream media coverage. I wonder why. #TrudeauMustGo pic.twitter.com/aBW9B3eQtP

Donnelly is a patriot. And he has a great voice. He sung a Xmas song. The Left is brainless and soulless. #TrudeauMustGo pic.twitter.com/Wx3SlQoY5V

Violating B.C. mask order can result in a $230 fine

The mask order applies to all British Columbians, 12 years and older, in many indoor public settings including:

Masks can be removed temporarily when individuals are in a place designated for consuming food or beverages, receiving personal or health service, or required to identify themselves in an indoor public space.

--With files from Bob Kronbauer and the Richmond News.