The #SickOutBC protest is a parent-led effort to raise awareness of concerns over safety in schools by having parents keep their children home on Tuesday, Dec. 1.
Nov 30, 2020 4:45 PM By: Julie Maclellan 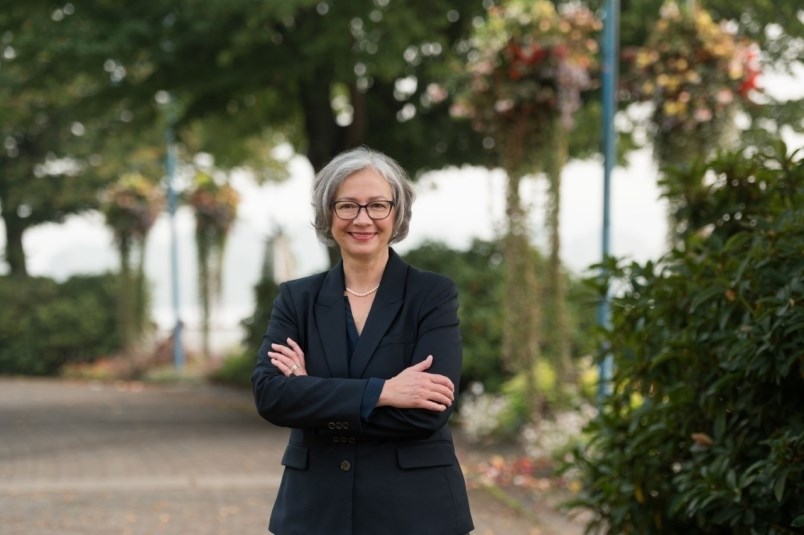 New Westminster MLA Jennifer Whiteside has just been sworn in as education minister, at a time when concerns over COVID-19 in schools are rising. Photograph By FILES, CONTRIBUTED

On the eve of a planned B.C. Student Sickout protest, B.C.’s new minister of education wants parents to know she’s hearing their concerns about COVID-19 in schools.

The #SickOutBC protest is a parent-led effort to raise awareness of concerns over safety in schools by having parents keep their children home on Tuesday, Dec. 1.

“I understand parents’ concerns, and I know that, like all of us, they want to ensure their kids are safe,” said Jennifer Whiteside, New Westminster MLA and the newly named education minister, in an interview with the Record Monday.

Whiteside stressed the message that has been heard repeatedly from provincial health officer Dr. Bonnie Henry: that the COVID-19 situation in schools reflects the situation in the wider community. As COVID-19 numbers go up around the province, and particularly in the Fraser Health region – where Surrey, most of all, has become the epicentre of the recent surge in numbers – the number of exposures being reported in schools is also climbing.

“What’s happening in schools mirrors what’s happening in our communities, and that means that we’ve actually seen quite limited transmission in schools because we have good safety plans in place,” she said.  “I know it is still a very anxious time, but it’s very important for us to recognize that the social and mental health outcomes for kids are better when they have access to in-class learning.”

Whiteside noted the government’s priority is to keep schools safe so students can stay in class.

The fact that Whiteside is dealing with the provincewide protest within her first week on the job speaks volumes to the task that lies ahead.

“I’ve been the minister for what feels like all of five minutes,” she said.

Whiteside is well aware of the enormity of the task she’s faced with in taking the reins of the Ministry of Education in the midst of a viral pandemic.

“These are unprecedented times for all of us,” she said. “We are dealing with challenges that we never anticipated we would have to deal with in our lifetime.”

Take those challenges and put a rookie MLA at the helm – Whiteside was just elected in October, taking over the seat formerly held by Judy Darcy – and the challenge is only magnified.

But Whiteside is not dwelling on the potential pitfalls.

“It’s a tremendous honour to have been asked by the premier to serve in what is such an important portfolio for our province,” she said.

“I have a deep commitment to our public education system, as I do to our public health-care system, so it’s a real privilege. I’m really excited about the opportunity to work with all of our education partners, to continue to improve what, for me, really is a system that is all about providing real opportunity and real equity for children in society.”

Whiteside comes into politics from a labour background, most recently as the secretary-business manager of the Hospital Employees’ Union, so she’s well aware of the political realities surrounding the pandemic.

“It’s very hard for everyone, and particularly so for those folks who are really on the front lines,” she said. “We need to continue to follow the provincial health advice that we’re getting from our very strong and competent leaders and really work together to ensure we have good lines of communication.”

Whiteside noted she’s already started communicating with the various partners in the system – the B.C. Teachers’ Federation, CUPE (the Canadian Union of Public Employees, which represents school support staff), the B.C. School Trustees Association. She had a chance to speak with school trustees virtually over the weekend, at the BCSTA academy, and she said over the coming days she’ll be taking part in briefings and conversations with all the partners involved.

She noted ministry staff are in regular contact with the superintendent of schools in Surrey about the situation in that district and said she’ll continue to follow the lead of health officials in B.C.

“Right through the emergence of COVID in March, we have been very fortunate to have strong and fair leadership from our health officials,” she said.

She stressed the importance of working with all partners to keep the public education system strong.

“I think the work that is done in our schools – by the teachers, the education assistants, the custodians, the principals, all the people who do such incredible work in the system – is so fundamental to building healthy communities and a strong society.”