Many parents remember the fidget spinner craze of 2017 when the devices became so popular that finding one was reminiscent of the Tickle Me Elmo rush of 1996.

While the invention of the fidget spinner has many urban legends attached and its purported use to treat ADHD is debatable, its explosive popularity is undeniable.

Less annoying but just as captivating for kids is the push bubble, a rubber device that does exactly what it says. Push a bubble and you’ll hear a small pop and a bubble forms on the other end. Marketed as a calming sensory toy, it keeps hands occupied but doesn’t cause more of a distraction (which fidget spinners did when the first kid decided to balance one on their nose).

WHAT IS A PUSH BUBBLE FIDGET TOY?

Push pop bubbles come in a variety of sizes and forms, from small/medium/large round bubbles to single or multi-colour. You can even find a keychain version (small enough to slip into pocket or clip onto a backpack) and wearable wrist strap versions.

Because they are made of rubber and have no pieces attached, they are safe for most ages (do check the manufacturers' guidelines to be sure).

There’s plenty of aesthetic options too, from monochromatic circles to busy rainbow dinosaurs to pastel ice cream cones and camo Among Us characters.

Smaller versions can be picked up for a few bucks (starting at $4) and for siblings, there are multipacks of up to four pieces for under $11.

The soothing and satisfying “pop” is relieving for all ages, making this ideal for tense teens and adults who want to update their very ‘90s stress ball.

For kids that have outgrown (or don’t like) the pop bubble sensation, there’re other sensory toys on the options, some of which incorporate the three s’s: sand, sparkle and slime. 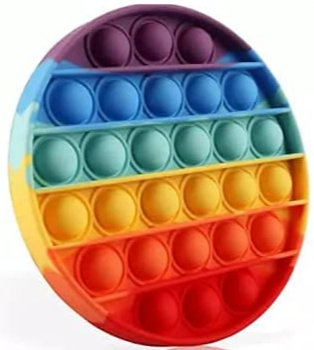 SAND AND SCULPT TOYS FOR ALL AGES

Kinetic sand kits must have been invented in a lab by a brilliant child because there is simply no way any adult would think that bringing coloured sand inside a house is a good idea.

One of the most contentious toys on the market, some people love the texture (smooth and velvety), its magnetism (it’s meant to stick to itself and nothing else), its longevity (it doesn’t dry out like Play-doh) and “easy clean up” (the most common tip is to keep sand in a bin so it’s contained).

On the flip side, some caregivers despise it, noting that coloured sand can stain tables and floors, the sand spreads all over the house (and gets in hard-to-clean crevices), it’s not safe around some pets, it can ruin vacuums, it can also ruin electronics if it gets in the charging port, and there’s plenty of poorly-made product on the market.

For a toy that incorporates tactile play, which is crucial to a child's development, this colourful Melissa & Doug Cut, Sculpt and Roll set mixes moldable clay with child-safe accessories including scissors, rollers and molds, is a less messy alternative to kinetic sand. 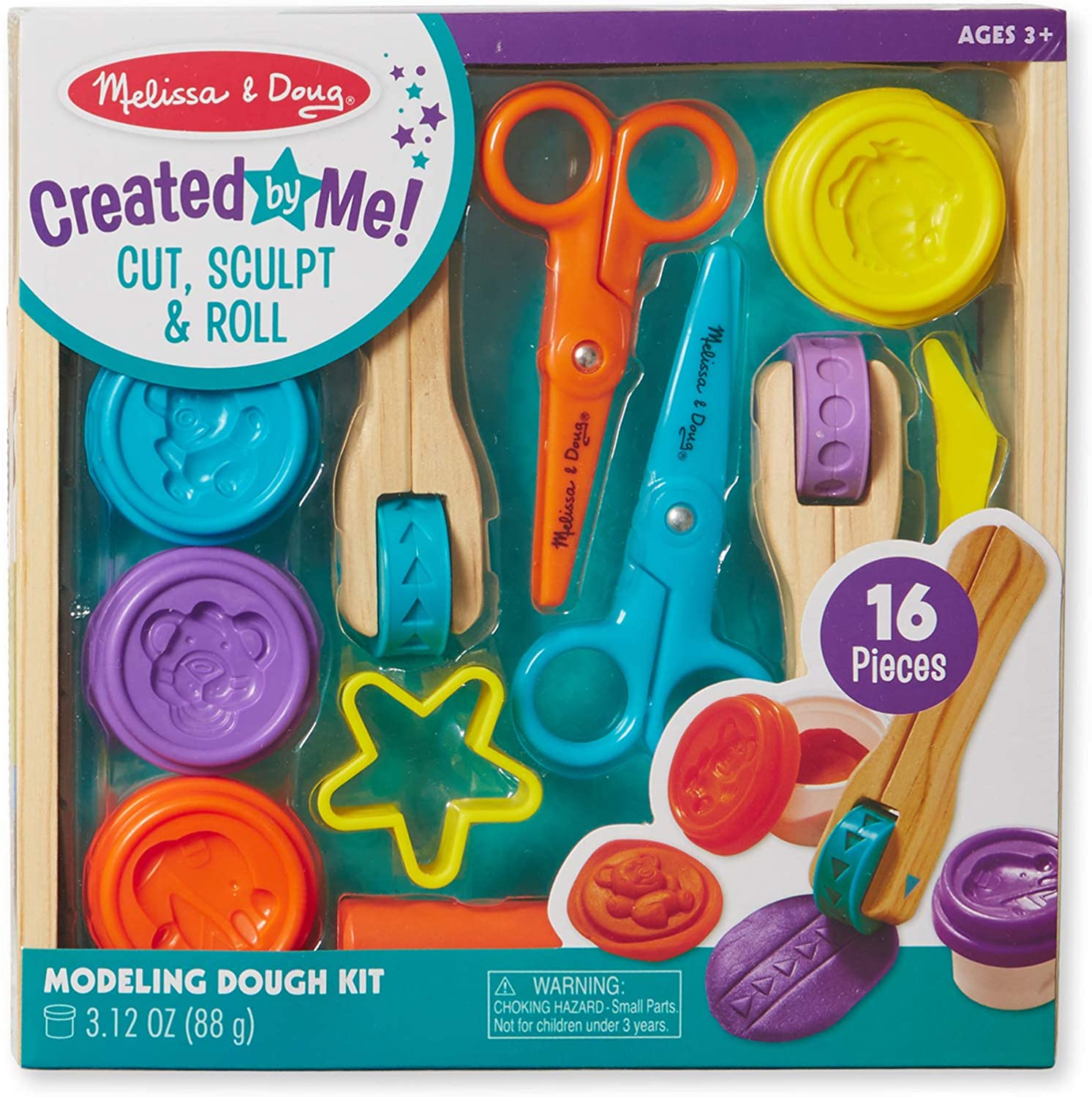 SLIME TOYS THAT KIDS WILL LOVE (EVEN IF PARENTS DON'T)

And then there’s slime, the “homemade” phenomena that inspired a million YouTube recipes and turned simple items like white glue, laundry starch, contact solution and Borax into a goopy, gooey, stretchy and colourful sensory toy. It’s a very hands-on experiment and results vary widely. When it doesn’t quite work out, it can stick to everything or turn into a useless ball of rubber. Fixing it can be a frustrating process and once the texture is ideal kids don’t want to put it down and having a ball of coloured goop that can get on clothes, couches, carpet and more is not ideal.

For a craft table alternative, we sought out a more natural glue option. There are no widely available glues that are 100% natural, but there are some eco-conscious options, like Elmer’s Earth-Friendly School Glue made from 99.6% plant-derived ingredients and a bottle made from 25% recycled plastic.

If a homemade approach doesn't appeal, you can opt instead for a DIY slime kit that comes with everything included, or skip the process entirely with ready-made slime. 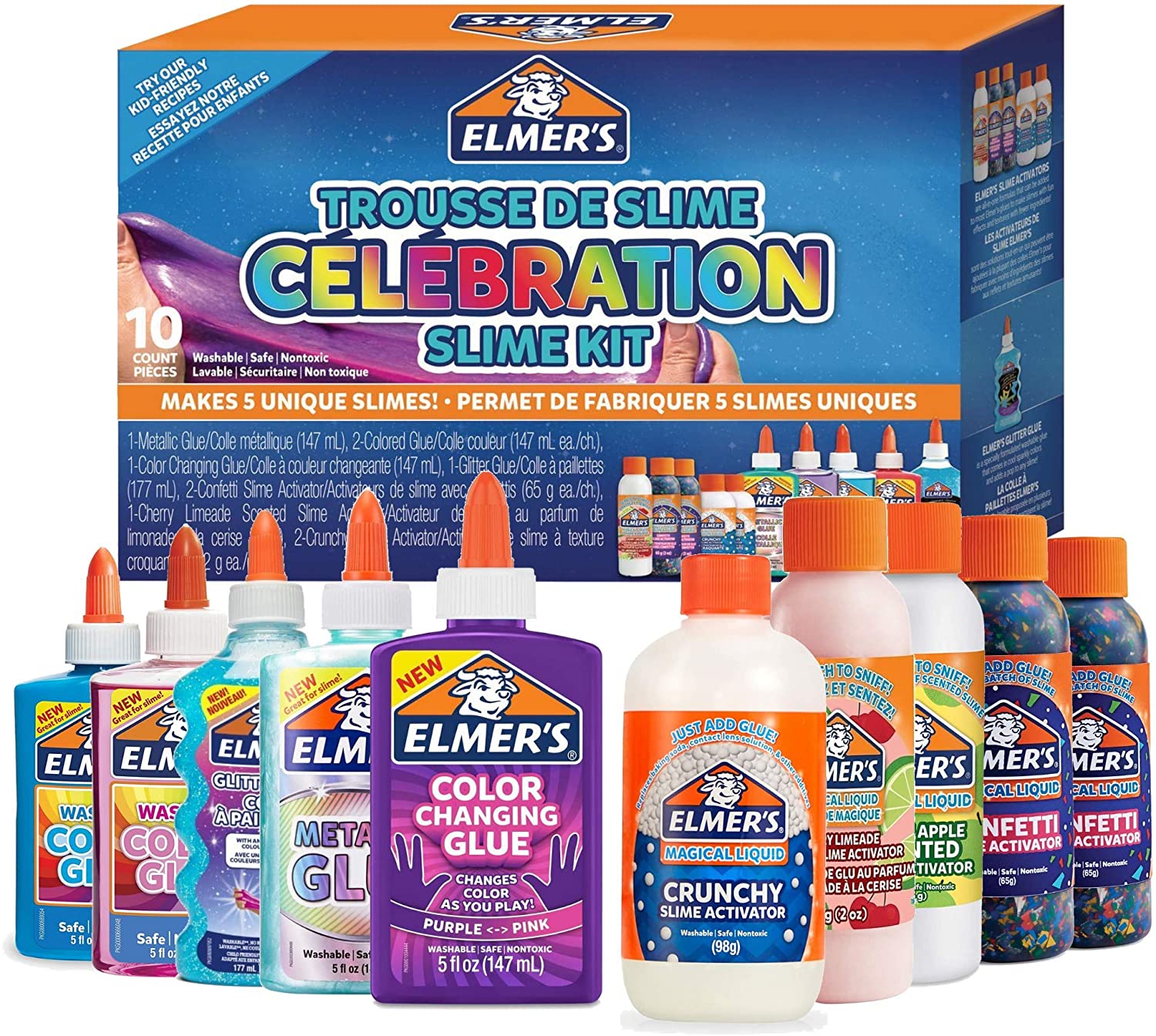 SPARKLY TOYS AND THEIR CLEANER ALTERNATIVES

Sparkle in toys and craft materials are the devil’s domain. There is a mounting call from the scientific community to ban glitter as it is a harmful microplastic; combine glitter with slime or kinetic sand and you have a trifecta of trouble. Glitter sticks to everything and one spilled container can lead to months (seriously) of wayward sparkles being found all over the house.

Many caregivers also express frustration at shopping by gendered "boys vs girls" sections at a time when more shoppers (and kids) want gender-inclusive options in toys, crafts and clothes.

For kids who absolutely need a little pizazz at playtime, there’s a couple of alternatives. Dried flowers are a popular option for wedding confetti but bags of biodegradable petals (available on Etsy) can also be used for colourful crafts.

For an at-home, in-a-pinch altnerative, an ingenious crafter came up with a glitter alternative kids can make themselves: have them add food colouring to salt (kosher, Epson or table salt all work, depending on the preferred size) or rice for “glitter” that doesn’t stick. 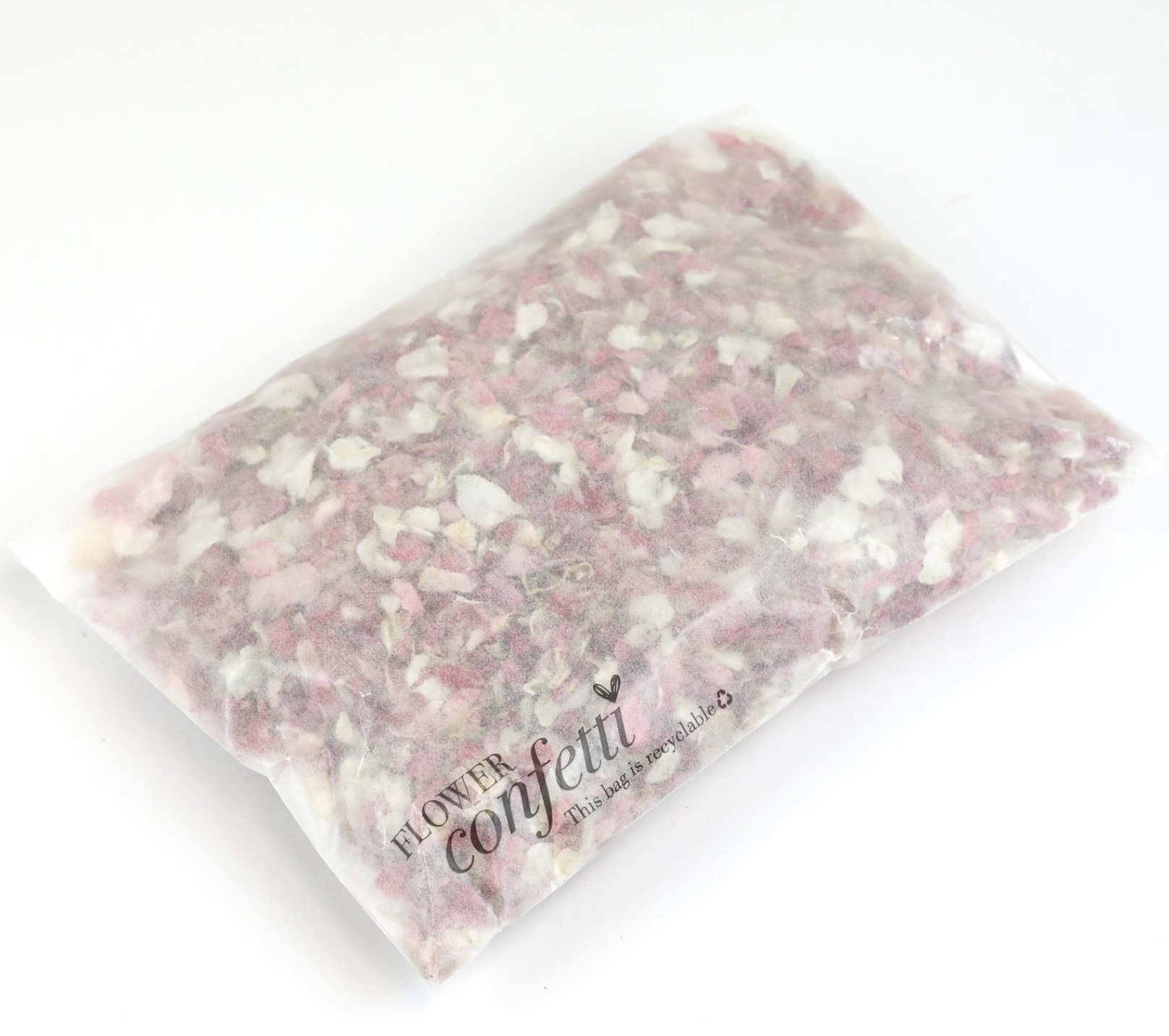 What's the safest and most effective mosquito repellent available in Canada?
Jul 25, 2022 3:43 PM