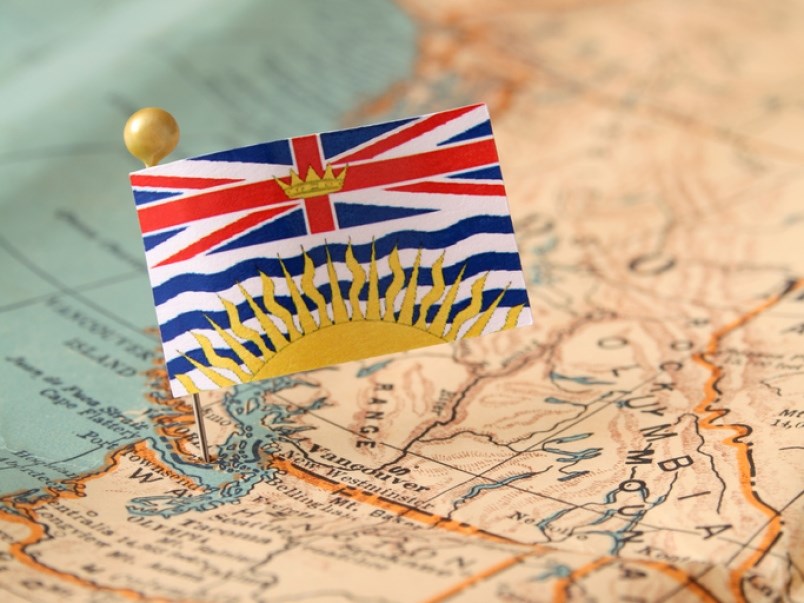 As the province prepares to observe a socially distanced and possibly contactless B.C. Day, residents of British Columbia could be forgiven for feeling a little smug.

Following the advice of Dr. Bonnie Henry, the provincial health officer, our long-term prospects to mitigate the COVID-19 pandemic look significantly better than in other parts of Canada. Our return to normalcy did not occur, as many may have wanted, before the start of the summer. But we are doing better than other populous provinces.

I have had the opportunity to track the views of British Columbians with questions that measure provincial pride and a sense of belonging. The biggest surprise in this year’s survey by Research Co. and Glacier Media is the significant growth in the proportion of residents who think British Columbia would be better off as its own country (27%, up from just 17% in polls conducted in 2019and 2018).

British Columbians aged 18 to 34 are more likely to feel that the province could be independent (37%) than those aged 35 to 54 (28%) and those aged 55 and over (18%). This does not mean that we are giving credence to the so-called “wexit” movement. The secessionist federal party attracted the attention of only 15% of British Columbians when we asked in March. This year’s shift outlines the realization that, on the pandemic front, British Columbia has done a remarkable job.

A consistent finding over the past few years is related to Cascadia. We have seen how British Columbians value the special relationship we keep with Washington State and Oregon, whose residents we perceive as different than Americans from other states.

Among Canadians polled in a recent Research Co. survey, positive perceptions of the United States fell to a drastically low level(32%). In British Columbia, the needle dropped even lower (26%). Part of this decline is indubitably related to the personality of the current occupant of the White House. However, the favourability numbers plummeted as Canadians analyzed how our neighbouring nation has attempted to handle the COVID-19 pandemic.

Most British Columbians are dismayed when thinking of the United States, but our links to Cascadia have not suffered– even if journeys to watch the Mariners or taste craft beers have all but disappeared. Almost three in five British Columbians (58%) continue to believe that we have more in common with the people of Seattle and Portland than with those in Toronto or Montreal. The bulk of Cascadia dreamers are aged 18 to 34 (66%), but also include 60% of those aged 35 to 54 and 48% of those aged 55 and over.

This does not mean that baby boomers are fine with B.C. being “just another province.” While 64% of all British Columbians think our views are different from the rest of the country, the proportion jumps to 72% among those aged 55 and over.

Four in five British Columbians (81%) are very proud of the province, and three in four (74%) think they will stay here for the rest of their lives. There is still some angst about the future among B.C.’s youngest adults, with 31% thinking they may not be able to grow old here. Concerns about housing among members of this demographic – which have remained highduring the pandemic – are clearly still prevalent.

This year, 25% of respondents to the survey say they consider themselves “British Columbians first, and Canadians second.” This represents a six-point increase in a year, and, while still lower than the 63% of respondents who place country above province, shows an unexpected bond. Our province’s youngest and oldest adults feel roughly the same way (27% for those aged 18 to 34 and 28% for those aged 55 and over) about the province.

The COVID-19 pandemic has presented challenges on other features that make life in British Columbia unique. We have consistently been the fittest province in Canada, but weeks and months of confinement, takeout menus, empty gyms and abandoned yoga studios have taken their toll on our physique.

Earlier this year, 33% of British Columbians acknowledged gaining weight during the pandemic and 28% said they simply gave up on exercise. The province is emerging from the lockdown at a quicker pace than other areas of Canada, so hopefully these numbers will begin to trend in the right direction as we are able to return to our usual activities.

The pandemic has not altered the way British Columbians perceive their role within Cascadia, and has even led some of our youngest adults to daydream about independence. It is important to note that, at a time when we have been relentlessly tested by rules and regulations we did not foresee a year ago, our pride in who we are remains high.

Results are based on an online study conducted from July 22 to July 24, 2020, among 800 adults in British Columbia. The data has been statistically weighted according to Canadian census figures for age, gender and region in British Columbia. The margin of error, which measures sample variability, is plus or minus 3.5 percentage points, 19 times out of 20.