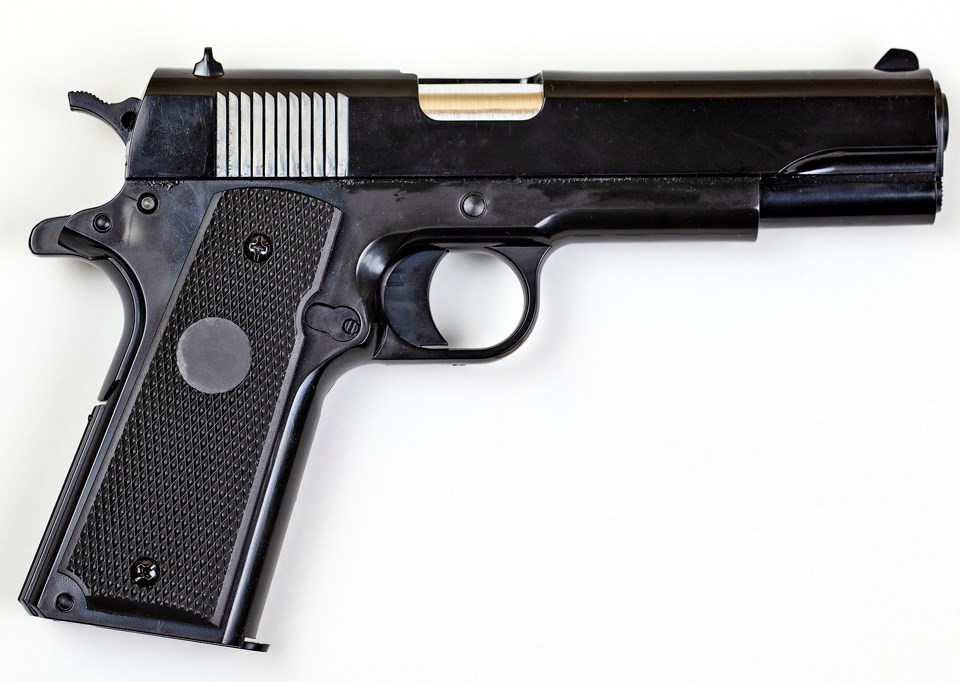 Police say a 23-year-old Surrey man arrested in the Metrotown mall parking lot Tuesday had had a loaded handgun in his waistband.Tomasz Skoczen/Getty Images

A man stopped for smoking weed in a busy Burnaby mall parking lot Tuesday was carrying a loaded semi-automatic handgun in his waistband, according to police.

At approximately 3:40 p.m. on May 18, Metro Vancouver Transit Police officers stopped 23-year-old Luis Manuel Baez of Surrey in the Metropolis at Metrotown parking lot for openly smoking marijuana contrary to the Cannabis Control and Licensing Act, according to a transit police news release.

While officers were talking to him, police say Baez suddenly took off running and was able to get into the driver’s seat of a car parked nearby.

“There was a brief struggle with officers as Baez attempted to start the car,” stated the release. “Officers were eventually able to remove Baez from the vehicle, but the struggle continued. While trying to gain control of Baez, officers saw him remove a handgun from his waistband and discard it under a parked car.”

Police arrested him and charged him with one count of obstruction and multiple firearms offences.

Baez is well known to police and allegedly has gang affiliations, according to transit police.

“Bringing an end to gang violence is an ongoing concerted effort by all Lower Mainland municipal and RCMP police agencies. We are happy to have taken another firearm off the streets and out of the hands of an alleged gang member,” spokesperson Sgt. Clint Hampton said in the release.