The province's death toll from the virus had been trending lower during the past two weeks.
Feb 25, 2021 1:34 PM By: Glen Korstrom 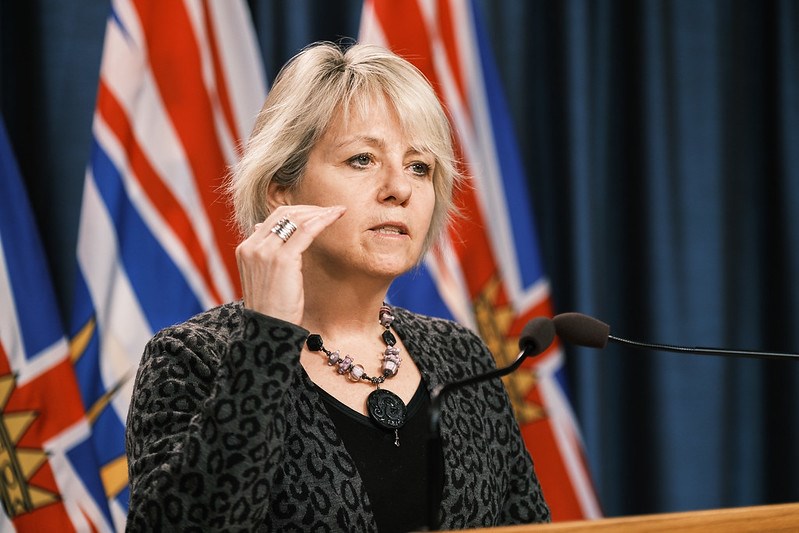 After nearly two weeks of trending down, B.C.'s daily death toll from COVID-19 shot up on February 25. There were 10 deaths in the past 24 hours, provincial health officer Bonnie Henry said. This comes after three deaths recorded in the previous two days.

In total, 1,348 people have died from the virus in the province since the health officials announced the first death in Canada, at B.C.'s Lynn Valley Care Centre, on March 9, 2020.

There remain hundreds of people with serious infections, as 238 people are now in B.C. hospitals with complications related to COVID-19, with 62 of those being in intensive care units.

The vast majority of the 4,489 people actively battling infections have been told to self-isolate. Health officials are also closely monitoring 7,931 people for symptoms because they have had known contact with individuals identified as having been infected.

Some good news was there were comparatively few new cases identified in the past day – 395, which is the lowest total in more than a week.

Henry did not clarify when her indefinite health order banning events may come to an end.

She said that the number of cases of what she calls "variants of concern" has risen by 16 since the last update, on February 22, when there were 100 cases.

There are now 116 such variant cases: 95 of the B.1.1.7 variant first discovered in the U.K.; and 21 cases of the B.1.351 variant first discovered in South Africa. The province had previously revealed that there was one case of a new Nigerian variant. Henry said that there are now two cases of the Nigerian variant, but that this variant is not one of the "variants of concern," but rather "a variant under investigation" because it has not yet been shown to be more infectious or deadly than the main COVID-19 virus.

More than 92.5% of the 78,673 people who have been infected in B.C., or 72,781 individuals, are considered to have recovered because they have tested negative for the virus twice.

The number of new vaccinations has crept up from recent days, but remains relatively low, with 8,959 total doses administered to 3,409 new people, and 5,549 people who were getting their needed second doses. In total, 239,833 doses have been given to 171,676 people since December 16, with 68,157 people having had two doses.

The outbreak at Burnaby Hospital is now over.

One new outbreak at a seniors' home is at Revera Sunwood retirement residence in Maple Ridge.

The government has revealed 12 outbreaks at seniors' homes, with a total of 398 residents and 213 staff infected in those outbreaks, according to Henry.

"New cases in long-term care have dropped dramatically since the start of our immunization program," she said at an afternoon news conference.

None of the current outbreaks at seniors' homes are in the Vancouver Coastal Health region.

Two outbreaks at seniors' homes in Nanaimo – Eden Gardens and Wexford Creek – are the only ones in the Island Health region.

The outbreak at the Acropolis Manor in Prince Rupert is the only active outbreak in Northern Health.

The three active outbreaks at seniors' living facilities in Interior Health are at:
• Brocklehurst Gemstone Care Centre in Kamloops;
• Noric House in Vernon; and
• The Florentine in Merritt.

One taken to hospital after plane crash at Metro Vancouver airport
Apr 10, 2021 2:36 PM