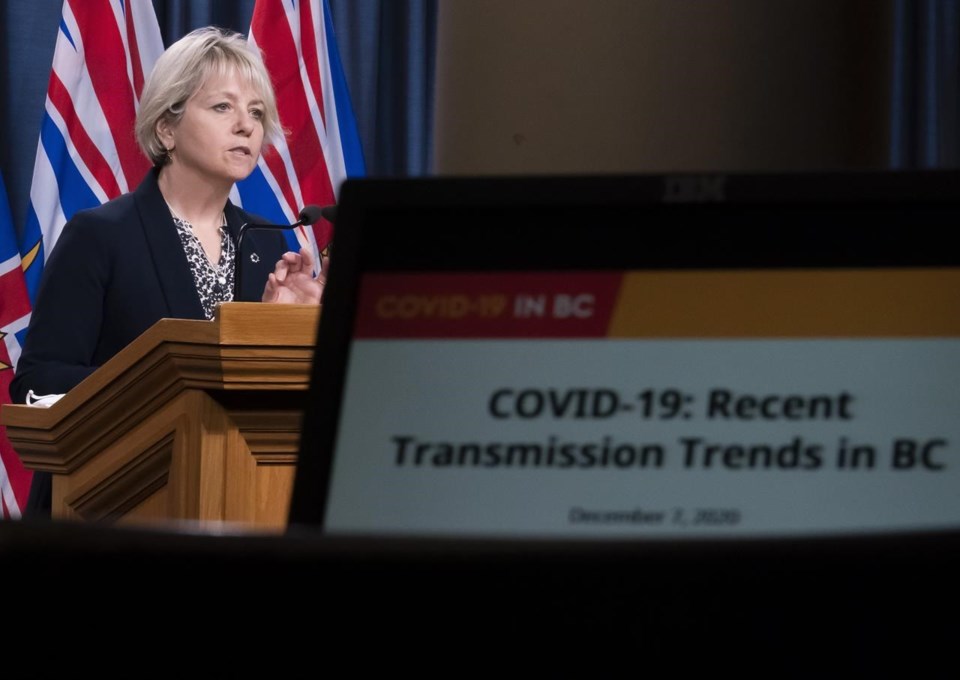 Dr. Bonnie Henry said Thursday the person who contracted the South African variant had neither travelled nor had contact with anyone who did, and officials are investigating where the person might have picked up the virus.

Another person has also tested positive for the British variant of the virus, bringing that total to four cases, all connected to travel.

The five cases of the U.K. and South African variants have been identified in people who live in Vancouver Coastal Health region.

"It is, of course, concerning that we don't know where this arose. We're not confident there's not spread from that person to others," she said at the scheduled briefing.

"However, at the moment, it has not appeared to have spread in the community beyond the person who we've identified."

A different variant of the virus from Columbus, Ohio, identified this week is also causing concern, she said.

Health officials are collecting random samples and conducting sequencing of genomes of the new variants to keep tabs on their spread and study them, she said.

"So, it may be that we're in a very similar place to what we were in February of last year where we have importations. If you can find them and catch them early, we can prevent that variant from spreading," Henry said.

"But it is, of course, a concern, and we're continuing to monitor. It is a challenging thing to look for those."

The U.K. variant is 50 to 70 per cent more transmissible than earlier strains, studies suggest. Mutations to the virus have made it easier to attach to human cells.

Similarly, the South African variant is more infectious than the original COVID-19 virus. It has quickly become dominant in that country's coastal areas.

Officials reported 536 new infections and seven new deaths on Thursday, bringing the total number of cases in B.C. to 59,608 and fatalities to 1,038.

So far, 52,605 people have recovered from the virus and 69,746 COVID-19 vaccinations have been administered.

There is a "bit of a race" right now between how much vaccine the province has and how much virus transmission is in the community, especially given the new strains, Henry said.

She said she doesn't believe that either of those variants are causing "a lot" of spread of illness in the community — yet.

"But we are not by any means out of the woods."

— By Hina Alam in Vancouver.

This report by The Canadian Press was first published Jan. 14, 2021.