Health restrictions continue to weigh heavily on events and venues in the province
Jan 13, 2021 12:50 PM By: Hayley Woodin / Business in Vancouver 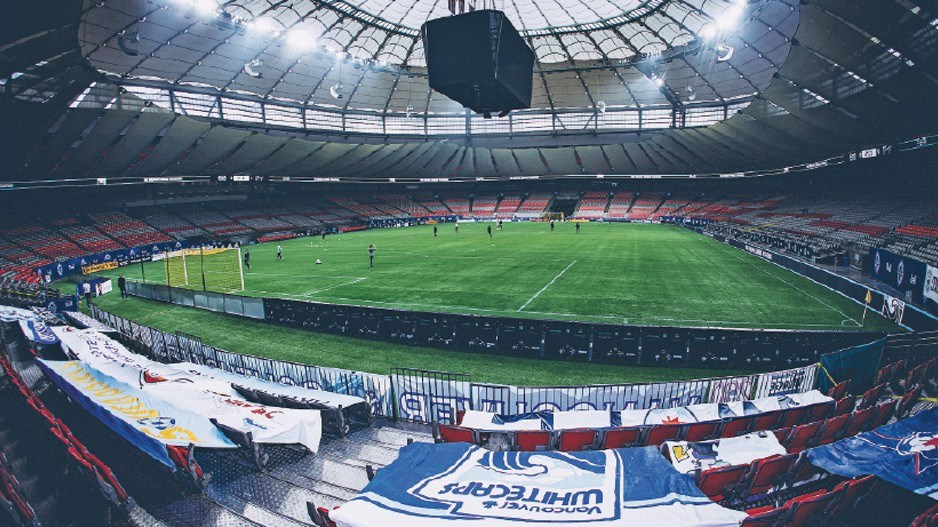 B.C.’s arts, entertainment and recreation industry has yet to recover from COVID-19, and its recovery is largely at the mercy of government health and safety restrictions.

“The New Year’s Eve Bonnie [Henry] thing was such a low blow for our business,” said Alvaro Prol, owner of This is Blueprint, about B.C.’s last-minute decision to end liquor sales provincewide at 8 p.m. on New Year’s Eve. “I really hope that the city and other individuals stop painting entertainment as some sort of negative thing. It isn’t.”

The first wave of COVID-19 cut the real gross domestic product (GDP) of arts, entertainment and recreation in Canada by more than half. Real GDP in June was down by 52% year over year – a far steeper decline than what was experienced by accommodation and food services in the same month (-33%), according to the Business Council of British Columbia’s (BCBC) third-quarter economic update.

Provincial employment in the industry – which includes gaming – was down 54% in June, and remained down 37% in October. According to BCBC, employment is still down by around a third, and the industry remains one of the hardest-hit by COVID-19.

Overall revenue at Blueprint – which manages festivals, nightclubs, liquor stores and other ventures – is down by around 55% compared with last year. Business diversification has helped, as revenue from Blueprint’s event-based business – which would produce 580 concerts in a typical year, including some of the largest festivals in Western Canada – is non-existent.

Pre-pandemic, the company started with 726 people on payroll. Employment fell by 700 in March, and now, with much of the provincial economy open and operational, the company employs around 300 individuals.

“The rent relief and the wage subsidy have been huge, huge components of us keeping people employed, us keeping businesses,” Prol said. “The industry’s in a lot of trouble.”

The economic impact experienced by consumer-facing service industries is uncharacteristic of a typical economic downturn. Services tend to be more resilient, explained Jock Finlayson, executive vice-president and chief policy officer of BCBC. The nature of these businesses made them more vulnerable to the consequences of government health restrictions.

“The negative impact has really been heavily concentrated in what I would call consumer-facing industries: accommodation, food services, leisure, entertainment, everything related to travel and tourism,” Finlayson said. “These are the areas of the economy that are still under water to a significant extent. A lot of the other sectors have rebounded.”

B.C.’s professional sports teams are closing in on one year since they played a game at home to a regular in-person audience. Rick LeLacheur, president of the BC Lions Football Club, said the past year has had a “material impact” on the organization, and uncertainty remains.

As for when the Lions will play in BC Place and in front of how many fans, “That’s still an unknown,” he said. “In all likelihood, realistically, it’s probably going to be 2022 until we get back to what we know as normal.”

In a normal year, BC Place – which, along with the Vancouver Convention Centre, is owned and operated by the provincial Crown corporation BC Pavilion Corp. (PavCo) – would host between 35 and 100 events across 200 days, including BC Lions and Vancouver Whitecaps FC games.

The tail-end of PavCo’s last fiscal year, ended March 31, caught the beginning of the pandemic in B.C.: three events were cancelled at BC Place in March 2020, which resulted in a loss of 62,500 attendees and more than $6.6 million in economic benefit.

Pre-COVID, the venue expected to generate $80 million in event revenue and around $450 million in economic benefit to the province in the current fiscal year.

“That’s generally a normalized type of year, but what we would expect this past year with COVID is that would be significantly diminished,” said Duncan Blomfield, marketing and communications manager for BC Place.

At this time, athletes already training in B.C. may train, practise, compete and travel if they follow the COVID-19 protocols of their sports organization. The Vancouver Canucks began their 2021 training camp on the first business day of 2021, but heavy restrictions remain for events of any kind in British Columbia.

For a venue the size of BC Place, there have been some silver linings. The stadium has been operational throughout the pandemic and has been able to accommodate more film productions in the absence of other events. It also served as the province’s largest polling booth in the general election last fall.

“The scale of our facility allowed for a lot of social distancing in that case,” Blomfield said. “It was very successful example of how we can use a space under restrictions at the moment.”

2088
Search for missing Port Moody woman takes on ‘life of its own’
1615
'It's chaos': Massive search underway for missing Port Moody woman
1571
Everything you need to know about COVID-19 vaccines in B.C.
1284
'Administrative error' leaves some UBC students owing nearly $10,000 in tuition, due within days
963
'Clinically extremely vulnerable': Are you first in line to get vaccinated in B.C.?