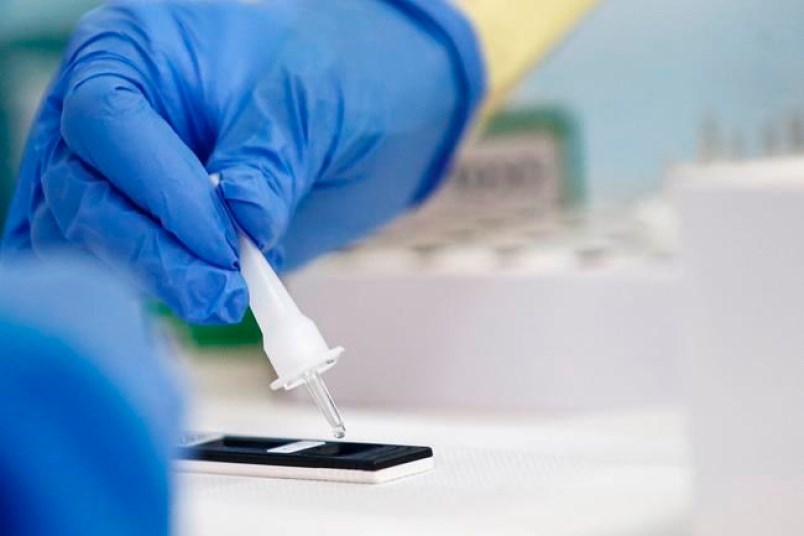 Rapid tests for COVID-19 are being used in a pilot project to screen long-term care workers in B.C., says Health Minister Adrian Dix.

The screening is taking place in long-term care homes in Fraser Health and Vancouver Coastal where there are high rates of transmission.

If the rapid tests prove to effectively screen health-care workers across the province, “there would be no reason not to do them,” Dix said Tuesday. There are currently about 57 outbreaks in long-term care, with more than 1,000 residents and 600 staff sick.

“That’s why we’re doing a pilot project, to see if there’s some way that these can be added in to our layer of protections, effectively.”

B.C. seniors advocate Isobel Mackenzie has been calling for weeks for routine rapid-test screening of health-care workers, particularly in the Lower Mainland. She said the pilot projects are a good thing, but only a start.

“I think we could be doing more care homes, more quickly,” Mackenzie said Tuesday. “We’ve still got some time before we get the vaccine.”

During question period in the legislature on Tuesday, B.C. Interim Liberal Leader Shirley Bond said everyone feels “heartbroken” about the transmission, outbreaks and deaths in long-term-care homes, yet so far, the government has only announced “the limited use of rapid tests in a small number of long-term-care homes in two health authorities.”

Bond called on the government to commit to the implementation of a rapid-testing program in long-term-care homes across the province.

About two-thirds of COVID deaths in B.C. are connected to long-term care, according to the B.C. Centre of Disease Control.

The federal government has distributed 7.4 million rapid tests across Canada, including about 900,000 to B.C.

Dix said the province has been sent two kinds of tests, about 131 Abbott ID Now machines and 27,000 tests, or cartridges, that work with them, and about 500,000 Abbott Panbio antigen tests that are being used in pilots in Vancouver’s Downtown Eastside and in rural communities in B.C.

The rapid tests “sound like a good idea but have limitations, said Dix. They are not licensed in Canada for asymptomatic people, and are not as accurate as lab tests that take about 24 hours to render results. There’s no other jurisdiction that is using rapid tests in the way being suggested by Bond, said Dix.

“In general, the testing of asymptomatic people has not been that helpful, anywhere, and we’ve seen this in Canada, as well, so we’re doing a couple of pilot projects to see if there’s some ways that they can be integrated in what we’re doing to allow us to use them to assist our overall effort to protect long-term care,” said Dix.

Up to 30 per cent of those infected with COVID-19 have no symptoms, and the virus is highly contagious when people are pre-symptomatic, says a report by Revera Inc., one of the country’s major for-profit operators of long-term care and retirement homes, released on Monday. Infected people often spread it for two to four days before they show symptoms, the report said.

The report from Revera Inc., compiled by a 10-member panel of government, corporate and academic health-care specialists, concluded that lack of routine testing of staff helped the virus gain a foothold in many care homes in Ontario during the first wave of the pandemic.

Revera said more provinces should do COVID-19 testing every two weeks for all staff, not just during an outbreak.

In Ontario, surveillance testing of health-care workers, asked for by the industry in April, was not used until mid-June, the report said. In B.C., Manitoba and Alberta — where COVID-19 cases are surging — routine rapid testing of long-term care home staff is not required.

“If we had proper surveillance testing, would we not feel more comfortable allowing more visitations and allowing people to see their loved one, maybe for their last Christmas?” said Lake. “I think that starting widespread surveillance testing in long-term care still makes sense and they should be doing it sooner rather than later.”

Dr. Bonnie Henry said on Monday that health officials are always looking at where the rapid tests can play a role, but that “it certainly will not be daily testing; that’s not feasible or practical with the tests that we have.”

The pilot projects are being done to determine the value of rapid tests in long-term care settings, where nearly 60,000 people work, said Henry.