Fully relaxing COVID-19 measures in B.C. still a ways away 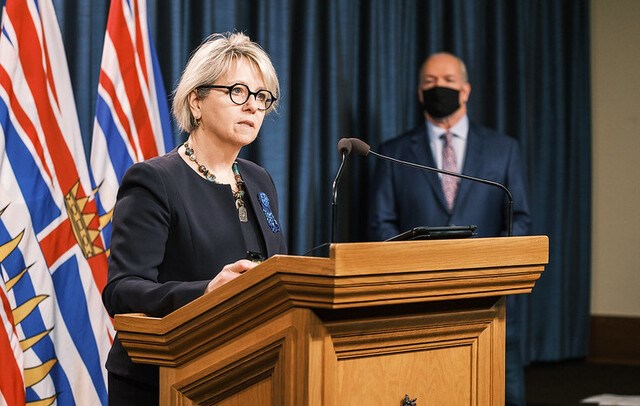 More than 100,000 doses of the COVID-19 vaccine have been administered to British Columbians and the province will begin ramping up their vaccination program over the coming months. But it will still be some time before life in B.C. will return to some semblance of normalcy.

Friday morning, the B.C. government rolled out its vaccination plan that will see 4.3 million people vaccinated over the next eight months. After about 500,000 of the province's most vulnerable are vaccinated through the end of March, vaccination among the general population will begin in April, with the oldest getting immunized first.

And while Dr. Bonnie Henry says vaccinations are expected to be completed in the “next few days" in all care homes — where the majority of the province's 1,119 deaths have come from — indoor mask requirements and social gathering bans will remain in place for the foreseeable future.

“I would love to be able to say July 1, but there are a lot of unknowns,” Dr. Henry said. “The concept of community immunity means the virus can't find ways to transmit to lots of people in our community. Getting there will mean a large number of our population will need to be protected.”

But Dr. Henry noted the virus doesn't transmit as easily in the spring and summer as it does in the winter.

“I am hopeful that once we start getting the most at-risk people immunized, we start having enough people in the population so that it makes it more challenging for the virus to transmit between people, and we know it doesn't transmit as easily in the spring and summer, that by the summer we should be able to have some type of our normal lives back again, but the full back to what we would like to have in terms of social interactions and being together is not likely until the fall,” Dr. Henry said.

Currently, the public order restricting all indoor social gatherings expires on Feb. 5, and Dr. Henry said they''ll be looking at transmission rates across B.C. at that time to determine if these measures can be relaxed.

She noted the one “spanner in the works” is the emergence of different variants of the virus, like the U.K. and South Africa-based variants that have been found in B.C., which can spread easier.

“Those are concerning if we start to see rapid increase again. There's the potential for that with these variants,” she said.

Dr. Henry added that British Columbians should not be making travel plans until at least the summer, and even then, safe international travel will likely still be off the table for “quite a bit longer.”

“I absolutely think there's opportunities for us to travel within B.C. this summer,” she said. “I do believe we'll be able to get together in smaller groups, responsibly, not having the big parties that we saw last summer that were associated with some of the large spreading events in parts of our communities.”