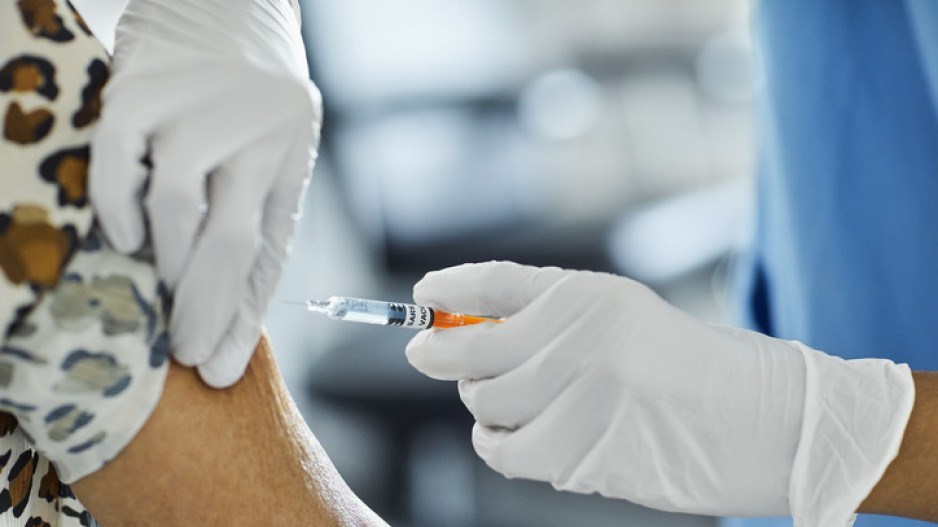 “As soon as vaccines arrive, groups of people will be receiving their invitation,” Dr. Reka Gustafson, the deputy provincial health officer, said during a Monday briefing.

Those who received their first dose at a pharmacy between March 31 and April 13 can expect the pharmacy to contact them beginning Monday and through to June 20.

Last week the National Advisory Committee on Immunization (NACI) updated its recommendations on mixing and matching vaccines, saying Canadians who received the AstraZeneca vaccine for their first dose can consider getting jabbed with either the Pfizer or Moderna vaccines for their second dose.

Canada is facing supply issues with AstraZeneca, which is a viral vector vaccine, while messenger RNA (mRNA) vaccines like Pfizer Inc. and Moderna Inc. have made up a far more significant portion of the country’s supply.

“I would say that vaccine supplies are actually being managed quite carefully,” Gustafson said when asked about the possibility some AstraZeneca doses may go unused if recipients opt to receive one of the mRNA vaccines.

Health officials said it’s ideal that people take the same product for both their shots but have insisted that mixing and matching vaccines is safe.

Gustafson said the new NACI recommendations offer more flexibility amid the supply constraints in light of concerns some British Columbians have about rare blood clots linked to the AstraZeneca vaccine.

“We certainly wouldn’t want anyone not to get a second dose of vaccine because of that concern,” she said, adding the province would recommend an AstraZeneca recipient to not get a jab with the same product if they were one of the few people to develop the rare blood clot.

There have been three cases reported in B.C. since the AstraZeneca vaccine was deployed in the province in April.

Meanwhile, Moderna revealed earlier in the day it was asking regulators to approve its COVID-19 vaccine for use for youths between the ages of 12 and 17.

So far the Pfizer product is the only vaccine approved for youths.

Study results released in May found the Moderna vaccine was 100% effective at preventing COVID-19 among the 2,500 adolescent participants who received two doses of the product.