‘It explains about where we came from’: Prince George astronomer discovers 94 supernovas

Malhar Kendurkar is the first Canadian to discover that many supernovas in one year
Jan 14, 2021 4:15 PM By: Hanna Petersen 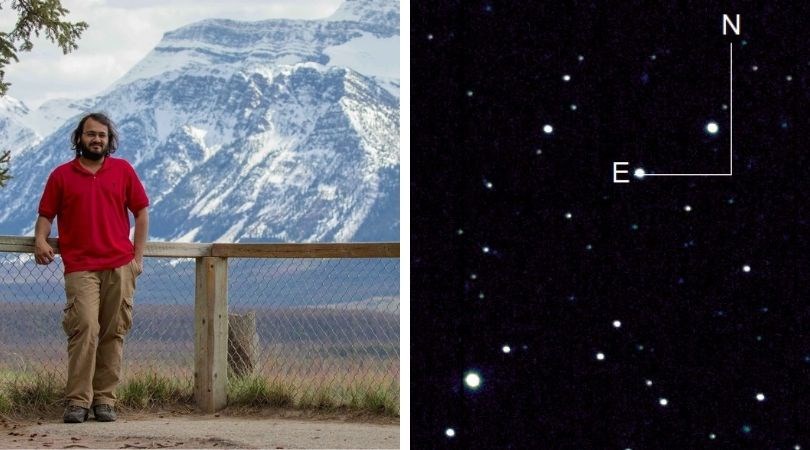 A Prince George astronomer has made Canadian history after discovering 94 Supernovas this year.

Malhar Kendurkar, president of the Prince George Astronomical Society, spent the extra time COVID-19 afforded him searching the skies for the largest explosions that take place in space – supernovas.

“A supernova is a massive, massive explosion of a star,” says Kendurkar, who started the Global Supernova Research Team in 2018 to search for the phenomenon across the universe.

He is the principal investigator of a team of five located in France, Spain, Chile and the United States.

In 2018, the team found three supernovas, 12 the following year, then in 2020, Kendurkar observed 14,500 galaxies finding 94 supernovas, something that's never been done in Canada before.

“Finding supernovas is actually very important in the scientific community and to everyone here on Earth because it explains a lot about where we came from and how the early universe formed and expanded,” explains Kendurkar.

According to NASA, a supernova burns for only a short period of time, but it can tell scientists a lot about the universe.

Scientists also have determined that supernovas play a key role in distributing elements throughout the universe. When the star explodes, it shoots elements and debris into space and these elements travel on to form new stars, planets and everything else in the universe.

“When a supernova happens we see lots of chemicals we find here on earth as well like zinc, iron,” says Kendurkar. “Carl Sagan said ‘we are made of star dust’ and that is a real fact.”

When he is observing using his telescope, Kendurkar uses a special camera that allows him to capture faint light from deep space.

He then compares those images with archival data to see if there is what appears to be a new ‘star’ but is actually a supernova.

Once discovered, he publishes his findings with the International Astronomical Union.

“I am humbled to contribute to the scientific community and the understanding of the mysteries of our universe.”

Kendurkar has plans to further expand his research.

He's applying for grants that would allow him to set up six telescopes near 100 Mile House and automate the search process, which he currently conducts manually with his equipment in Prince George.

“Those telescopes will be the first observatory in Canada to only search for supernovas,” says Kendurkar, adding he has set a goat to find 200 supernovas in 2021 which would double his discoveries made in 2020.

He also hopes to inspire and advance space exploration education within the community of Prince George.

“I encourage everyone to visit our observatory when COVID-19 is over and all of the restrictions are lifted and I encourage young people and all the community to look at the sky and look at space in a whole different way.”