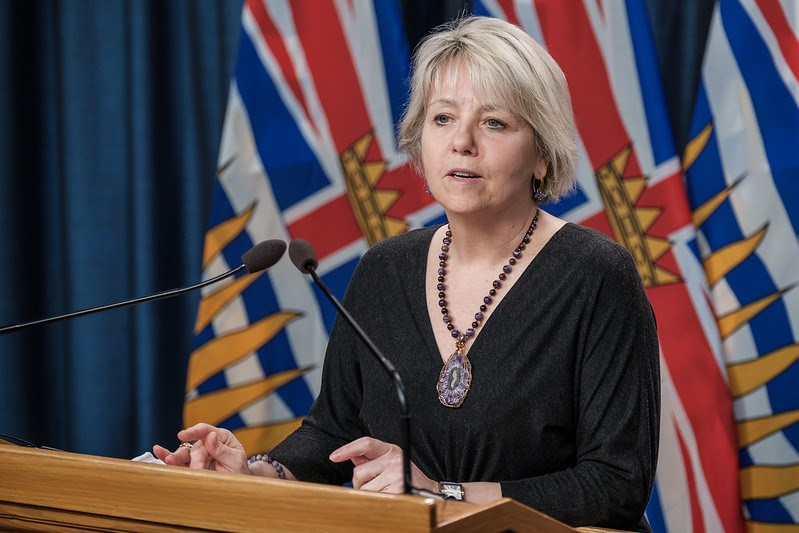 On a day when the number of fully vaccinated British Columbians finally surpassed the number of those who have recovered, there were also some worrying signs that infections are rising, and could continue to rise.

Not only was the number of new cases identified in the past 24 hours – 589 – the highest in more than a week, and the second highest in seven weeks, but the number of people who health officials are monitoring for symptoms has hit a seven-week high: 8,040. People being monitored have had known exposure to people identified as having been infected.

Some good news is that another 12,540 doses of vaccine were dispensed in the past day, to 6,889 additional people as well as 5,651 individuals who have now had second doses. That pushes the number of people who have had two doses of either the Pfizer-BioNTech vaccine or the Moderna vaccine to 73,808 – greater than the 73,188 people who have now recovered. When the 178,565 people who have had one dose of vaccine are added in, that makes 325,561 British Columbians likely to have at least some immunity from the virus that has spawned a global pandemic.

That level of immunity is set to steadily rise as Health Canada approves more vaccines.

"Today, the government of Canada announced the approval of two versions of a new COVID-19 vaccine – the viral vector vaccine produced by Oxford-AstraZeneca, and the Verity-Serum Institute of India vaccine," provincial health officer Bonnie Henry and Health Minister Adrian Dix said in a joint statement.

"This is very encouraging news for everyone in British Columbia. Unlike the vaccines that have been available to date, this new, two-dose viral vector vaccine has the benefit of being 'fridge stable,' making it much easier to transport and distribute around the province."

They said that they will integrate the new vaccine into B.C.'s provincial immunization program as delivery and supply is confirmed in the coming weeks.

"The additional supply will allow us to look at accelerating immunization of priority populations and essential workers," they said.

"This is another exciting and encouraging step forward for all of us. It means we have one more layer of protection available to us and are one step closer to getting through this pandemic."

The vast majority of the 4,665 British Columbians fighting active infections have been told to self-isolate.

The number of people seriously ill with COVID-19-related ailments has stayed steady, with 232 people in hospital, up four from yesterday, with 63 of those in intensive care units, up one from yesterday.

Seven additional deaths among those suffering with COVID-19 brings the death toll from the virus in the province to 1,355.

"There have been no new health-care facility outbreaks," Henry and Dix said.

None of the 12 current outbreaks at seniors' homes are in the Vancouver Coastal Health region.

Two outbreaks at seniors' homes in Nanaimo – Eden Gardens and Wexford Creek – are the only ones in the Island Health region.

The single outbreak in the Northern Health region is at the Acropolis Manor in Prince Rupert.

The three active outbreaks at seniors' living facilities in Interior Health are at:
• Brocklehurst Gemstone Care Centre in Kamloops;
• Noric House in Vernon; and
• The Florentine in Merritt.

One taken to hospital after plane crash at Metro Vancouver airport
Apr 10, 2021 2:36 PM