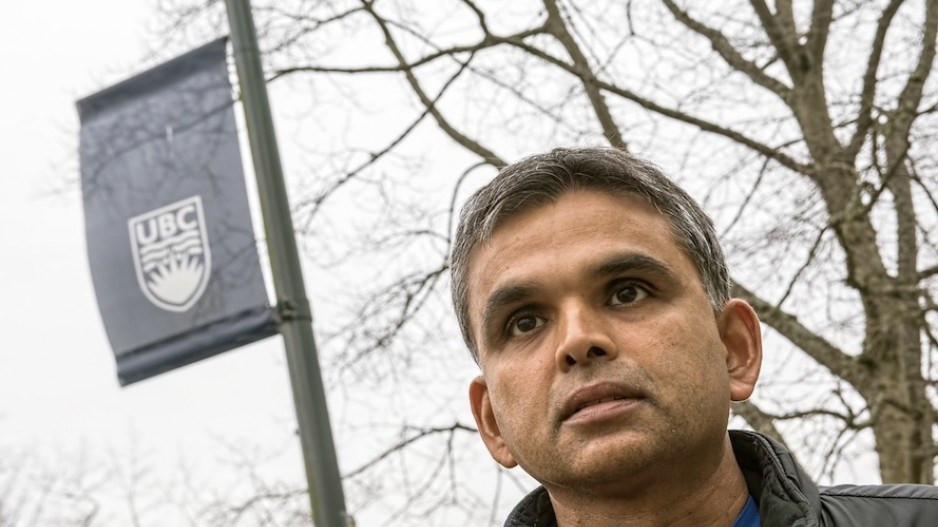 Canada’s vaccine-distribution system has suffered from shortages and delays from manufacturers as governments around the world compete for valuable vaccine doses.

That competition is likely to continue despite B.C. health officials and politicians saying March 1 that they are aiming to vaccinate all eligible British Columbians by the end of July.

BIV asked provincial health officer Bonnie Henry in February if she expected more glitches this spring, or whether she expected logistics issues will be largely resolved.

“We are hoping for the latter and planning for the former,” she said.

Henry explained that part of the reason for interruptions in vaccine deliveries is that drug companies have had to ramp up from nothing much faster than was expected.

“I think it surprised everybody, including the manufacturers, that these vaccines were approved so soon,” Henry said.

“These are growing pains that we would expect. I am hopeful by April that things will be much smoother – at least we’ll understand where any more issues are.”

Mahesh Nagarajan, a professor at the University of British Columbia’s Sauder School of Business whose focus area is supply chains, said effectively vaccinating a population involves a two-step process: sourcing the vaccine and distributing it.

He commended Canada for quickly acquiring options to buy hundreds of millions of doses of vaccines from a range of manufacturers. Nagarajan said that had a drug developer other than the Pfizer-BioNTech partnership been first to get its drug approved for use in Canada, Canada likely would have had a faster vaccine rollout.

What the Canadian government should have done, he said, was revise its strategy over time.

“You cannot say in June of 2020: ‘We have option agreements for 400 million vaccine doses,’ and then you do nothing after that,” Nagarajan said.

Had the Canadian government swapped its options to buy vaccine doses for concrete commitments to buy those vaccines, backed with top-dollar prices, Nagarajan believes Canada could have been a global vaccination leader.

Nagarajan added that the federal government, knowing that Canada has little drug-manufacturing capacity, should have done more to ensure sufficient vaccine supply.

Some critics have suggested that were Canada equipped with a robust drug-manufacturing sector, similar to the U.K.’s, its manufacturing companies could have reached agreements with the Pfizer-BioNTech partnership, Moderna, which was the second-fastest drug manufacturer to have a vaccine approved in Canada, or AstraZeneca, which had its vaccine approved for use in Canada last week.

Horgan, on March 1 sounded as though he would prefer Canada had a larger drug-manufacturing sector.

"We are dependent on offshore supplies of vaccines to meet our targets," he said. "The federal government has been working overtime to ensure we get access to those vaccines, but there is no domestic supplier that we can put pressure on. This is a global pandemic. This is a scarce commodity that is in high demand in every corner of the planet."

Nagarajan, however, said Canadian drug manufacturers would have had to pay the drug developers significant sums for the right to produce the vaccines, and that any such partnership would only be feasible for the drug developers if the prospective manufacturers could produce huge volumes of the vaccines – not merely enough for 38 million Canadians.

Another challenge is that Pfizer-BioNTech’s and Moderna’s mRNA vaccines are more complicated to manufacture than AstraZeneca’s, which is based on double-stranded DNA. As such, established drug manufacturers may have had difficulty producing the vaccine.

“That said, having a large manufacturing capacity can definitely help a country,” Nagarajan said.

He pointed to India, which has a large drug-manufacturing sector and has been able to produce so much vaccine that it said in mid-February it planned to send Canada an unspecified number of doses of the AstraZeneca vaccine within a month.

Distribution key to a successful ramp-up in vaccinations

Leaving the sourcing of vaccines aside, the distribution system is the other major component of getting vaccine doses into arms.

B.C.’s vaccine supply relies on the federal government, and it could be disrupted by unpredictable external factors, such as weather.

Health Minister Adrian Dix said March 1 that while the province's vaccine roll-out has been behind schedule, the roll-out will catch up, and the AstraZeneca approval is likely to "significantly move up first doses." The province has also started to push off providing second doses to as long as 16 weeks after recipients' first doses.

Nagarajan estimated that vaccinating about four million British Columbians in the seven months between March and September would require health officials to vaccinate about 19,000 people each day – several times more than the 6,557-people per day that Horgan expects in March and April.

The vast majority of those people are likely to get vaccines that require two separate doses, which all three approved vaccines now require.

He said a month’s delay in that process caused by any kind of vaccine shortage would mean that “the 19,000 people vaccinated per day will need to become 23,000 people per day, which is going to put an extra burden on the distribution system.”

Horgan said earlier this year that at peak immunization capacity, in late spring and summer, he expected the province to rely on 715 full-time immunizers provincewide to administer about 100,000 doses per day.

He said those immunizers would administer doses to 140 patients a day in convention halls, community centres and other sites.

The province plans to use mobile, or pop-up sites, and have health officials visit the private homes of residents who are unable to visit clinics.

Vancouver Coastal Health chair Penny Ballem, who is leading the province's vaccine rollout, said March 1 that the AstraZeneca vaccine approval "will likely result" in the province by mid- to late-July being able to give a first dose of an approved vaccine "to everybody in our population."

Horgan then followed up by saying that he expected that the "vast majority" of British Columbians would be able to be immunized by July.

Nagarajan, however, believes that glitches could still occur.

“We don’t know where the bottlenecks will be until we actually run through the system,” he said.