A $2,000 hotel? What you need to know about Canada's new travel restrictions

Returning travellers must now be tested on arrival, spend three nights in a hotel at their own cost and, if they test positive, wait out their isolation period in a government facility.
Jan 29, 2021 11:05 AM By: Stefan Labbé 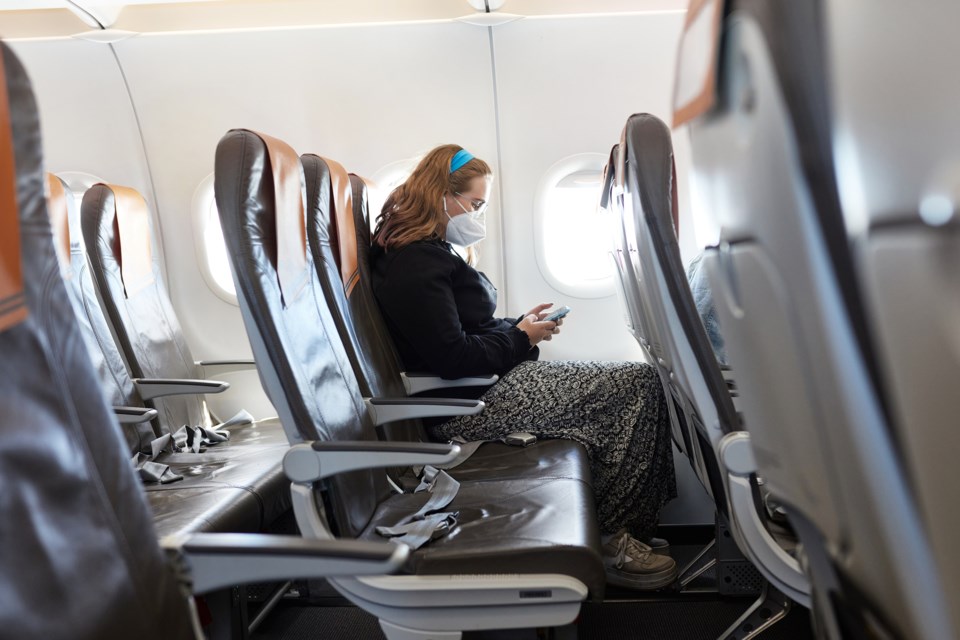 A passenger wears a face mask onboard a flight during the COVID-19 pandemic. xavierarnau/Getty Images

The federal government announced Friday, Jan. 29, sweeping new travel measures to stem the further entrance of new variants of the coronavirus into Canada.

Here’s what you need to know.

Were you hoping a Mexican beach vacation was in your near future? It’s time to start looking closer to home.

The federal government has announced sweeping flight cancellations to Mexico and the Caribbean over the next three months. In an agreement with Canadian carriers like Air Canada, Westjet, Sun Wing and Air Transat, the cancellations will begin this Sunday, Jan. 31, and extend until April 30.

WHAT IF I’M ALREADY ON VACATION?

Travellers already on trips will be contacted by their airline, said Prime Minister Justin Trudeau Friday.

It’s not clear how the flight cancellations will affect Canadians looking to travel to the region for essential reasons, such as visiting an ailing family member.

WHAT HAPPENS WHEN I RETURN TO CANADA?

All international flights are now required to arrive at major airports in Vancouver, Calgary, Toronto or Montreal.

In addition to the pre-flight testing already in place, all passengers arriving from international destinations are now required to complete a PCR test upon arrival.

PCR, or polymerase chain reaction, tests pick up fragments of virus, resulting in a positive or negative result. They do not give information about the specific strain of the virus, which is accomplished in B.C. through full genome sequencing.

Dr. Christopher Mody, the head of microbiology, immunology and infectious diseases department at the University of Calgary, says PCR tests offer "a snapshot in time," meaning the result is only valid on the day the test was taken.

EVERY RETURNING TRAVELLER HAS TO PAY $2,000 FOR A HOTEL?

Speaking in front of his home at Rideau Hall Friday morning, Prime Minister Justin Trudeau said hotel costs will be borne by returning travellers, “which is expected to be more than $2,000.”

The new restrictions are aimed at stemming the spread of new variants, but PCR tests are never fail-proof.

Those with negative test results will then be able to spend the rest of their quarantine period at home under “significantly increased surveillance and enforcement,” said Trudeau.

Returning travellers who test positive, however, will be “immediately required to quarantine in designated government facilities to make sure they are not carrying variants of potential concern,” he added.

Trudeau said starting in the next couple of weeks, the federal government will also require non-essential travellers to provide a negative test at the land border with the U.S.

WHY IS THIS HAPPENING? AREN'T COVID-19 CASES GOING DOWN?

While cases do appear to be stabilizing around 500 cases per day across B.C., the pandemic is far from over.

In what UBC disease modeller Daniel Coombs described as “a race,” health officials are working to get as many vaccine shots into peoples’ arms as fast as possible to undercut the explosive growth of at least one highly contagious variant.

As a highly transmissible version of the virus, B.1.1.7, or the U.K. variant, has been shown to spread from 50 to 70% faster than the predominant strain currently in B.C. It has overwhelmed many U.K. hospitals and led to widespread travel restrictions and bans on passengers from the country.

British Columbia could see up to 5,000 cases per day by March should the U.K. variant establish itself in the province, according to recent modelling conducted by an SFU mathematician and epidemiologist Caroline Colijn, who has been tracing the trajectory of the virus in everything from B.C.’s schools to the wider population.

“The picture looks like what we have now until late February and then it kind of just skyrockets,” said Colijn. “It’s pretty worrying.”

The good news: currently approved vaccines, such as that from Pfizer-BioNTech and Moderna — as well as those from Johnson & Johnson and Novavax — appear to be effective against the U.K. variant.

The bad news: scientists last week reported preliminary but troubling signs that some of the recent mutations may modestly curb the effectiveness of two current vaccines, although they stressed that the shots still protect against the disease. And there are signs that some of the new mutations may undermine tests for the virus and reduce the effectiveness of certain treatments.

Most worrying appears to be the South African variant, or 501.V2, with preliminary studies showing vaccine effectiveness dropping to 50% in some cases.

At the same time, Prime Minister Trudeau also announced Friday Canada will be among several countries expected to receive reduced shipments of the Moderna vaccine next week.

Canada will receive 78% the amount expected, or roughly 180,000 doses, said Trudeau, adding that his government expects supply to continue to fluctuate as global vaccine supply ramps up.

The delays are not expected to jeopardize the government’s October target to roll out widespread COVID-19 vaccinations to every Canadian resident who wants one, said Trudeau.