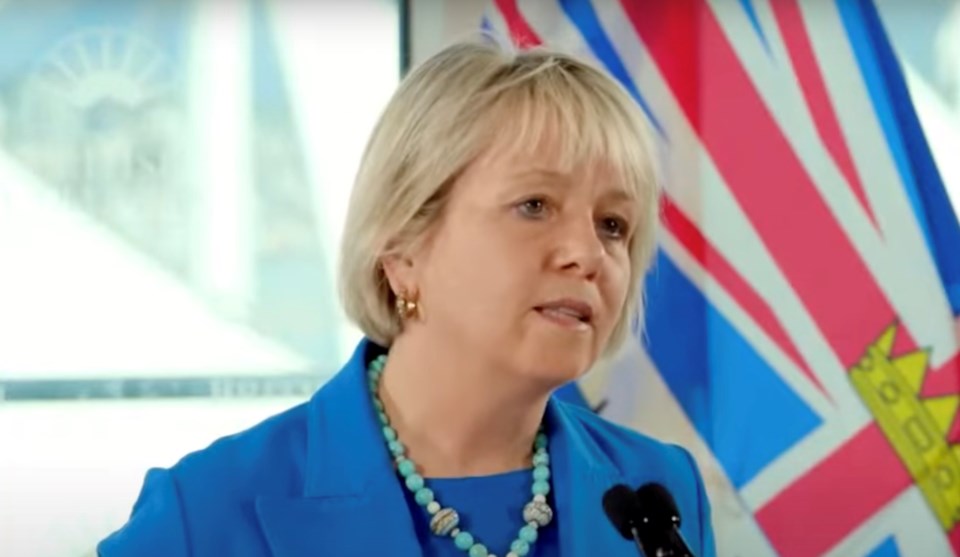 B.C.'s high level of new COVID-19 infections shows no sign of abating, with 1,262 new infections detected on April 9. That is the second-highest daily total so far, after yesterday's 1,293 cases.

Serious infections remain a concern, with 332 people hospitalized with COVID-19, and 102 of those with infections dire enough to merit them being in intensive care units.

Another two people lost their lives to to complications related to the virus in the past day, raising the province's death toll from COVID-19 to 1,495.

The vast majority of the 9,574 people actively infected with COVID-19 have been told to self-isolate. That is the highest number of active infections since December 21.

Health officials are closely monitoring 15,673 people for symptoms as a result of those individuals having had known contact with identified cases. That number is up by 470 people from yesterday's record high, and up by 1,555 from the record high set on April 6.

The number of people newly known to be actively battling infections related to mutant strains of the virus has plummeted in the past several days.

There are 105 people actively fighting variant-virus infections, up one from yesterday, but down more than 82% from April 5, when there were 588 people listed as being actively infected with one of the so-called variants of concern.

It is unclear how closely BC Centre for Disease Control researchers will track cases of variants of concern going forward.

The standard process has been for those scientists to screen about 90% of positive COVID-19 cases with polymerase chain reaction (PCR) tests to determine if the cases were likely variants of concern. Researchers would then take any positive test and conduct full genome sequencing to determine the exact variant in the infection.

The process that provincial health officer Bonnie Henry outlined on April 8 will be to do fewer full genome sequencing tests on cases that are known through PCR test results to likely be variants of concern.

"We need now to shift our strategy so that we can use the whole genome sequencing capacity we have in B.C. to do more systematic testing, and sampling of all of the strains, to make sure we're not missing another important one that may be arising," Henry said.

"We don't need to test so much anymore to understand if we have the [B.1.1.7] U.K. strain here, because it is here, and it's increasing, and it is causing more transmission in communities around the province."

Genome sequencing in future will focus more on monitoring to determine whether someone has been reinfected, whether there has been what Henry called "vaccine failures," and for what she called "escape variants," which may not respond well to B.C.'s immunization program.

Data released April 9 show that B.C. has 335 new cases of variants of concern, raising the province's total number of those infections to 4,111, since the province first reported data for such cases on February 16.

One reason why the number of new cases of variants of concern exceeds the number of people actively infected with a variant of concern may be because of the time lag in detecting the infections.

So far, no one is known to have died in B.C. after being infected with a variant of concern, and 4,006 people are considered by the province to have recovered.

"Today, people 65 and older, Indigenous peoples 18 and over, and individuals who have received their 'clinically extremely vulnerable' letter may register for their vaccine," Henry and Health Minister Adrian Dix said in a joint statement.

There are five active outbreaks listed as being at long-term living or B.C. seniors' homes. They are:
• Acropolis Manor in Prince Rupert;
• Chartwell Langley Gardens in Langley;
• Joseph & Rosalie Segal & Family Health Centre;
• Longlake Chateau in Nanaimo; and
• Cottonwoods Care Centre in Kelowna.

The outbreak at Eagle Ridge Hospital in Port Moody has been declared over.