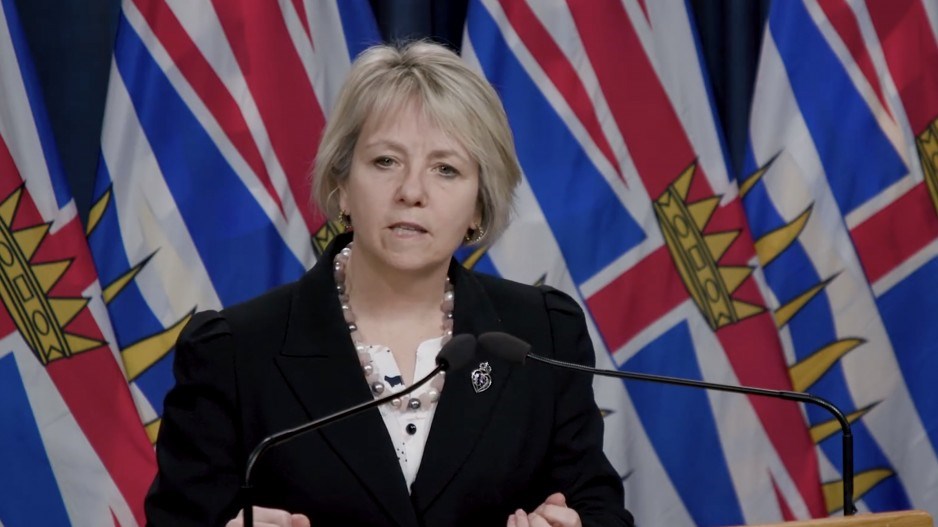 B.C.’s death toll from COVID-19 rose to 1,154 on January 25, after 26 residents died from the virus during the weekend, according to government data.

The number of serious cases has also risen, as 328 individuals are fighting the virus in hospital, up from 315 on January 22, when the government provided its previous update.

Of those hospitalized, 68 are in intensive care units.

The number of those actively fighting infections fell to 4,392, from 4,479 three days ago, as recoveries slightly outpaced newly discovered infections.

There were 1,344 new infections discovered in the past three days, while 1,376 people are newly listed as having recovered.

The breakdown of new cases by health region is:

Health officials are actively monitoring 6,607 people for symptoms, with that being the lowest total since November 2.

The steady pace of vaccinations is set to be disrupted as the province expects a drop in new supplies during the next couple weeks.

Nonetheless, 9,284 people have been vaccinated in the past three days, for a total of 119,850 since the first dose was administered on December 16. For an update on B.C.'s vaccination program, click here.

Some good news was in the 11 healthcare outbreaks that are newly declared to be over.

This brings a moment of happiness to us all, and relief for many of the care providers and the families with loved ones in these facilities,” provincial health officer Bonnie Henry told media.

“I think it is a reflection, as well, of how important the immunization program that we've had in long term care over these last few weeks [has been,] and the difference that it is going to make, and continues to make.”

She said that the province now has 29 active outbreaks in long term care, and assisted living facilities as well as nine outbreaks in acute care units, or hospitals .
All of these outbreaks combine to be responsible for 1,009 infected residents, and 579 infected staff.

One new community outbreak is at the Surrey Emergency Response Centre.

Henry also commented on the case where Great Canadian Gaming CEO Rod Baker and his wife, Ekaterina Baker, reportedly went to a small community in the Yukon to jump the queue and get vaccinated sooner than they were eligible.

"They should be ashamed of themselves," Henry said. "They put a community at risk for their own benefit. And that to me is appalling."

1557
‘What are they waiting for?’ asks Coquitlam parent worried about long wait for school isolation letter
1538
Parent says Port Moody minor hockey not giving a full account of its COVID cases
1166
New garden centre hopes to take root in Port Moody
1152
Every Canadian household to get free, pre-paid postcard
1127
Dentists, midwives and more approved to assist in B.C. vaccination clinics