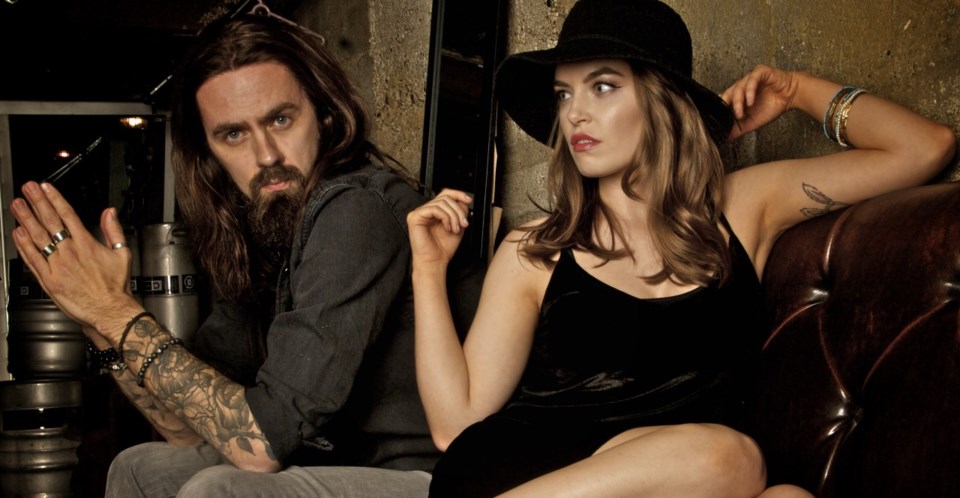 Still Creek Crows, which released its debut single last Friday, is made up of Coquitlam musician Matt Rose (of The Matinee) and Britt McKillip (of One More Girl).Mary Maryanovich

Coquitlam musician Matt Rose has never been so busy.

The father of two young children, Rose is working on a solo project and, this spring, hopes to get back into a recording studio with his band, The Matinée.

But, right now, the Centennial secondary grad is focusing his energies on a new duo called Still Creek Crows with Britt McKillip of One More Girl, a Canadian Country Music award-winning band with her sister, Carly.

Last Friday, Still Creek Crows released its début single titled White Lines, a song about feeling feeling lost in another land; white lines refers to the markings on the road.

Rose said White Lines was the first tune he and McKillip wrote together after both had been travelling and touring extensively: Rose, at the time, was in Toronto while McKillip was based in Los Angeles.

“It’s about being in all these cities and the need to get back to where you really feel at home,” Rose said of the song.

Its video is set to be released in February and, in March, they hope to drop another single before unveiling a seven-track album in June.

Rose said Still Creek Crows — the name of given to the murder of crows that descend each night in Burnaby, close to where Rose and McKillip used to live as roommates — received FACTOR (Foundation Assisting Canadian Talent on Recordings) funding for their project; however, they delayed the release of their compositions last summer because of the coronavirus pandemic.

With their final extension deadline nearing to release the tunes, though, they agreed January was the month to showcase their talent. “We just thought, ‘Let’s get this out.’ We didn’t want to sit on it any longer,” Rose said.

Their album — along with his solo and The Matinée work — is laying the foundation for post-COVID, when Rose anticipates the performance bookings will come swiftly.

Indeed, many musicians were working at home last year during the pandemic and have wanted to highlight their material for months but have been in limbo, Rose said.

He anticipates, once the vaccines are distributed, the shows will be plentiful and the touring will resume.

“We want to be on the radar and have everything ready to go for the fall,” he said. “We’re not too sure what that’s going to look like at this point but we’re excited for what’s to come creatively.”