A popular Asian grocery store at Coquitlam Centre has had a worker test positive for COVID-19.
Mar 4, 2021 9:43 AM By: Stefan Labbé 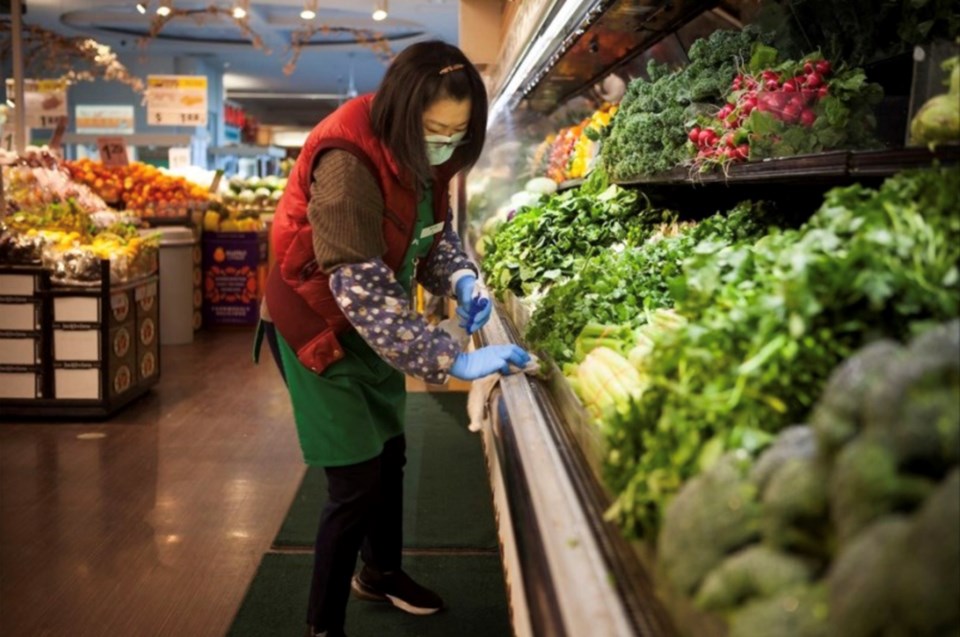 A T&T Supermarket employee cleans surfaces. The grocery chain's Coquitlam Centre store was recently flagged for a COVID-19 exposure among its staff.SUBMITTED

A popular Asian grocery store in Coquitlam Centre has had a worker test positive for COVID-19.

A worker at T&T Supermarket 2740-2929 Barnet Highway tested positive for the virus after having last worked Feb. 27, according to an exposure notification posted March 3 on the company’s website.

It’s not clear if the worker had come into contact with anyone else while infectious, however, T&T states close contacts of positive workers are identified through CCTV. Workers thought to come into contact with an infectious person are also asked to undergo a 14-day quarantine and test negative for the virus before returning to the job, according to the grocery chain's website.

The store also runs temperature checks for staff and customers and was one of the first major chains to implement a face mask policy in the Tri-Cities.

Further, in what it describes as a “2-degree quarantine,” if someone in a worker’s household has been exposed to a confirmed positive case, they are required to stay home.

This is not the first time the Coquitlam grocery store has identified the virus among its staff. In early December 2020, four workers tested positive for COVID-19 in just over a week, prompting the store to shutter its doors. At the time, T&T CEO Tina Lee describing the situation at the Coquitlam store as “unsettling” before promising to “stamp it out.”

The latest exposure notification comes amid elevated new case numbers across the region. According to data released by the BC Centre for Disease Control Thursday, 225 new COVID-19 cases were reported in the Tri-Cities last week.