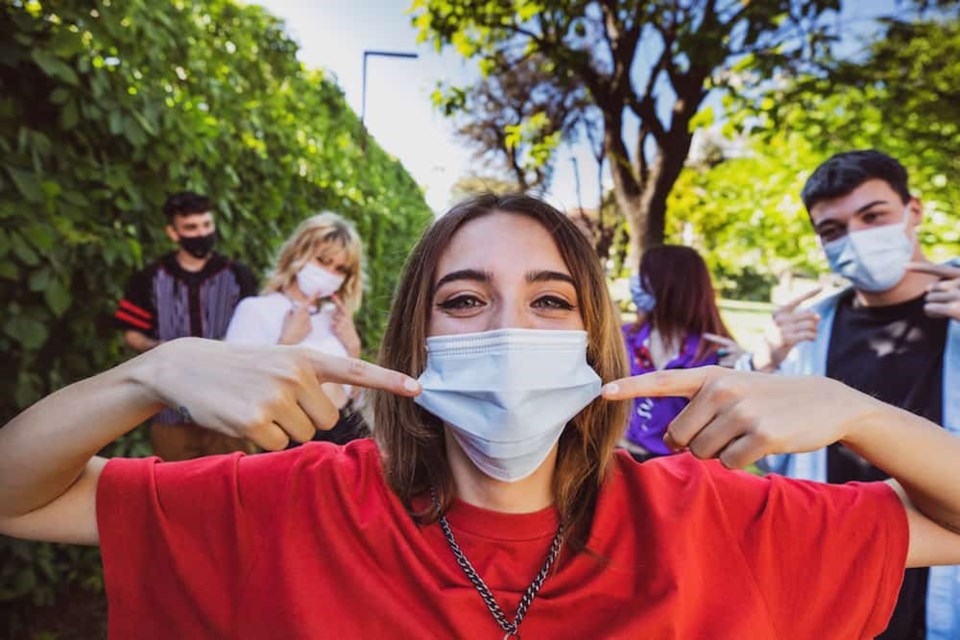 Don't look for ways around wearing a mask or getting together with people at Christmas. Photo: Face masks / Getty Images

While the odd event that does not comply with public health orders gets a disproportionate amount of media coverage – anti-mask and anti-vaccine protests, plus a few churches holding Sunday services – it is clear the majority of us are doing what we can to stop the spread of COVID-19.

The deluge of emails I get from people wanting to comply with the orders, but still hoping to find ways to enjoy Christmas in some fashion, heartens me.

Tom from the Kootenays wanted to know if his two children and their two kids could come for Christmas dinner with him and his wife. “I’m pretty sure they can’t, but I wanted to double-check,” he wrote me. He is correct: no such visitations allowed right now.

Suzanne wanted to know if her mother, who lives alone, could come for dinner with her and her husband. “I don’t think my three kids can come with the grandchildren, right?” she wrote. Answer: yes, mom can come (a single person can designate up to two people as part of their household bubble but other households cannot visit each other) but not the others.

Cate wanted to make sure she was interpreting the public order correctly when she decided not to rent a vacation property to two visiting families who were from different households. Yes, she was right.

Other news reporters associated with the briefings from Dr. Bonnie Henry and Health Minister Adrian Dix are getting the same avalanche of questions about allowable behaviour while the health order banning events and gatherings is in effect.

But there are still “loopholers” who want to find ways to push the edge of the envelope and err on the side of gatherings if there is an apparent grey area.

People are wearing masks everywhere and not just in indoor public spaces, where they are mandatory. There appears to be fewer reports of “parties” being held in private homes, although some undoubtedly continue to occur.

The vast majority of churches, temples, synagogues etc. are obeying the rules, despite the weekly story about two churches in Chilliwack breaking the law.

Since the public health order was expanded, our rolling seven-day average of daily COVID-19 case numbers has been in gradual decline. B.C.’s daily average peaked at 804 cases in late November and going into the past weekend was down to 666.

Tragically, the number of people dying from the virus has been rising for several weeks. Almost all involve long-term care residents and, unfortunately, this is a pattern that may continue.

Still, the looming Christmas season will prove to be perhaps the most critical time of this pandemic. We saw case numbers spike after both Thanksgiving and Halloween as people gathered in numbers.

I see reason to hope the aftermath of Christmas will not be as dark and dangerous, especially with a vaccine arriving in increasing numbers of doses in the coming weeks.

Keith Baldrey is chief political correspondent for Global BC.