Shin is in as recount affirms Port Moody-Coquitlam results

NDP candidate Bonita Zarrillo has pulled out of a judicial recount after only one day of tallying up the results of for the riding of Port Moody-Coquitlam.
Nov 7, 2019 9:13 AM By: Stefan Labbé 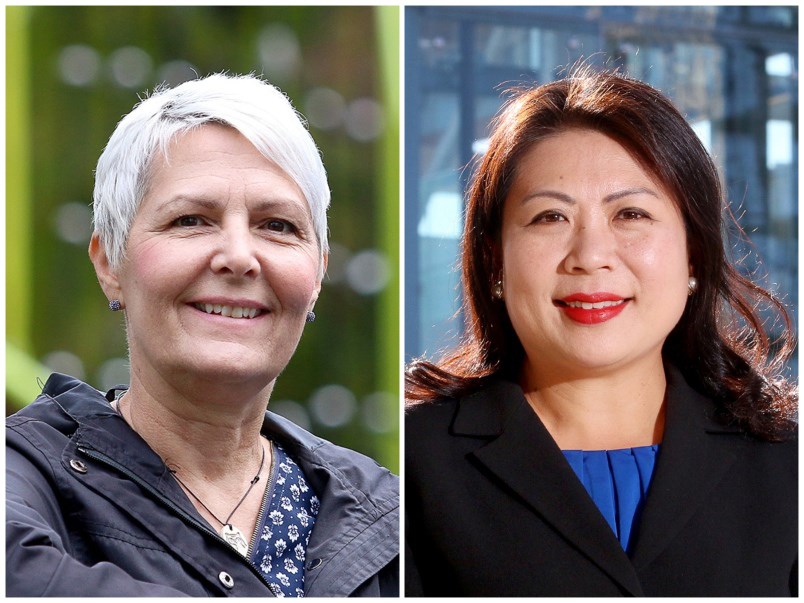 NDP candidate Bonita Zarrillo has pulled out of a judicial recount after only one day of tallying up the results of for the riding of Port Moody-Coquitlam.

The recount, triggered after a federal judge agreed to a request last week, was expected to take between three and four days but, but after the first day, it became clear that the process would not change the outcome of the election, Zarrillo told The Tri-City News.

Conservative MP-elect Nelly Shin won the riding by 153 votes, according to last week’s official results, a margin that places the riding as the closest in the country. Those results will stand now that the judicial recount has been terminated.

The decision to pull out of the recount — something Zarrillo said was a collaborative decision made with the party — cements Shin’s victory and officially ends the NDP’s bid to hang on to a riding previously held by MP Fin Donnelly.

"We identified early that there was some administrative inconsistencies that sparked the questions around the rejected ballots and the decreasing margin between first and second," said Zarrillo, adding that, following the first day of the recount, she was "very confident that every vote was counted."

The recount process was held at an office in Maple Ridge and was attended by about 100 people, including a judge, support staff, and elections workers from Elections Canada, the NDP and Conservative Party of Canada, according to a spokesperson for Elections Canada.

While Shin's 153-vote margin did not reach the 0.01% threshold that would automatically trigger a recount, under Election Canada’s rules, a candidate or voters can file an affidavit before a federal judge asking for a formal recount within four days of validation of the results. The judge can grant a recount if ballots were incorrectly counted or rejected, or if there was an error made on the official Statement of Vote, according to the Canada Election Act.

Port Moody-Coquitlam was one of three ridings across Canada where a judge accepted a formal recount. On Wednesday, Nov. 5, the Bloc Québecois candidate for Hochelaga, Que., gave up his bid for a recount, terminating the proceedings. Only the riding of Quebec in Quebec City, where another Bloc candidate is challenging the Liberal candidate’s victory won by 345-vote margin, is still engaged in the recount process.

Port Moody-Coquitlam election results even tighter – the closest in the country
Oct 25, 2019 3:54 PM