9 ADHD symptoms in children parents should look out for

Children with ADHD often have trouble staying focused and exhibit hyperactive and impulsive behaviour
Charlotte LoBuono, Stacker.com Nov 30, 2022 7:00 AM
Listen to this article
00:05:58

Attention deficit hyperactivity disorder, or ADHD, affects about 7% of children and adolescents in the U.S.

In general terms, children with ADHD often have trouble staying focused and exhibit hyperactive and impulsive behaviours. Roughly twice as many boys as girls were diagnosed with ADHD in 2015-2016. ADHD is a chronic condition that may carry over into adulthood.

HeyTutor compiled a list of nine common ADHD symptoms found in children. While HeyTutor consulted established medical organizations including the CDC and the Mayo Clinic, only health care professionals—child psychologists, psychiatrists, and primary care providers—can appropriately diagnose children with ADHD. Diagnosing ADHD can be challenging because so many of its symptoms are, in milder forms, common behaviours seen in most children—from trouble listening to loud play.

Parents can take the first step in helping children who exhibit ADHD symptoms by contacting a medical professional for a consultation (or several) to confirm whether the symptoms fit a formal ADHD diagnosis. A doctor will be able to determine whether another condition may better explain the symptoms—or, as is often the case, if the child has a coexisting condition along with ADHD.

Treatment for ADHD ranges from behavioral changes in parents, such as breaking down tasks into manageable pieces or providing more structure, to a variety of medications. Medical professionals widely agreed that the earlier a diagnosis happens and treatment begins, the better. Keep reading to learn more about nine common ADHD symptoms in children parents should look out for. 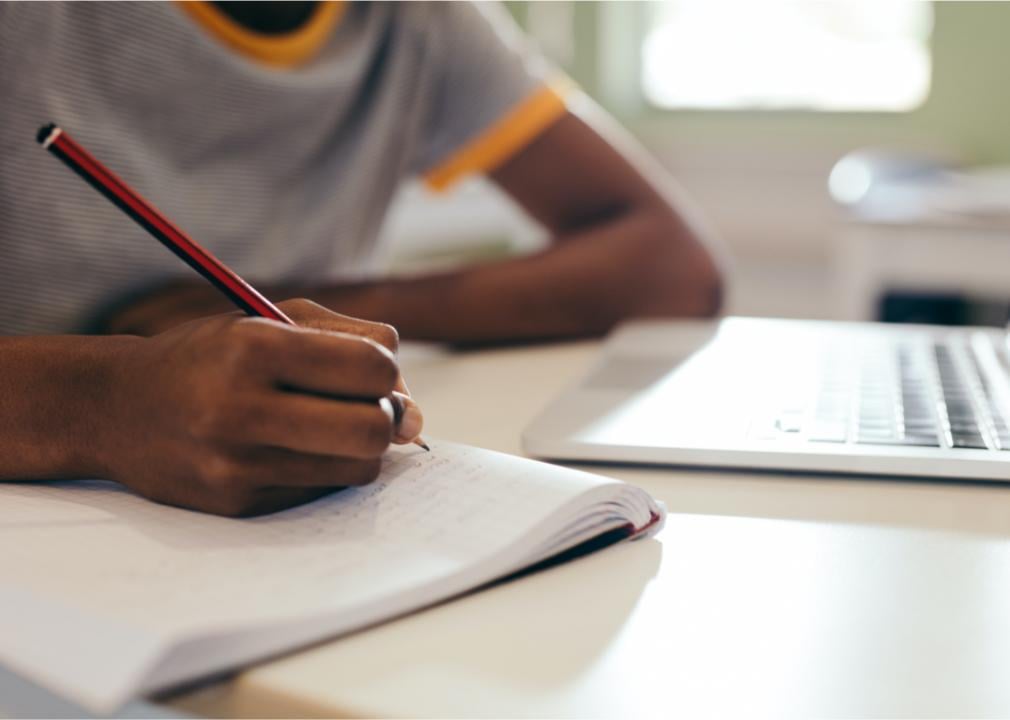 Children with ADHD may make careless mistakes on homework assignments or have a difficult time completing the tasks. Organization, time management, and focus and attention are the most common roadblocks many children with ADHD face when doing their school work. 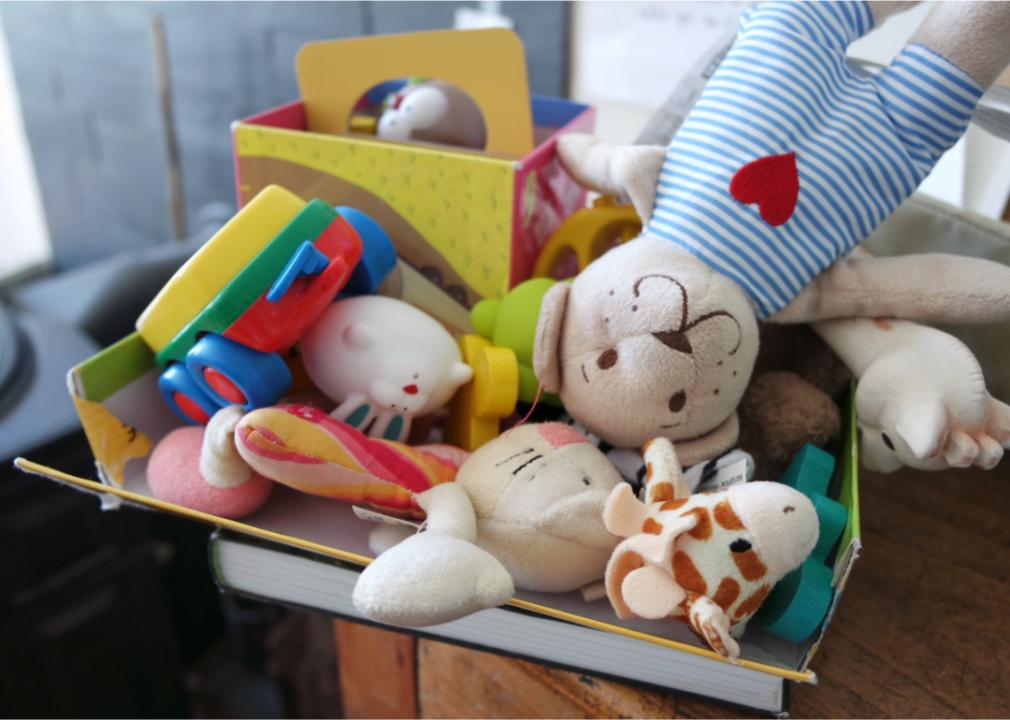 Children lose things, but those with ADHD are more likely to lose what they need for homework and other activities. Assignments, pencils, and toys may go missing. Difficulty staying organized is a sign of inattention—one of the core symptoms of children with ADHD. Children with ADHD often forget to finish homework or chores, or may not do them at all. Following through on a set of instructions is a common challenge for many children with ADHD.

Finding alternative means for keeping children on track when trying to complete a task will often be more beneficial than sticking to standard methods. For example, "redirecting rather than reprimanding" is likely to yield a more positive outcome in a child struggling to stay focused. 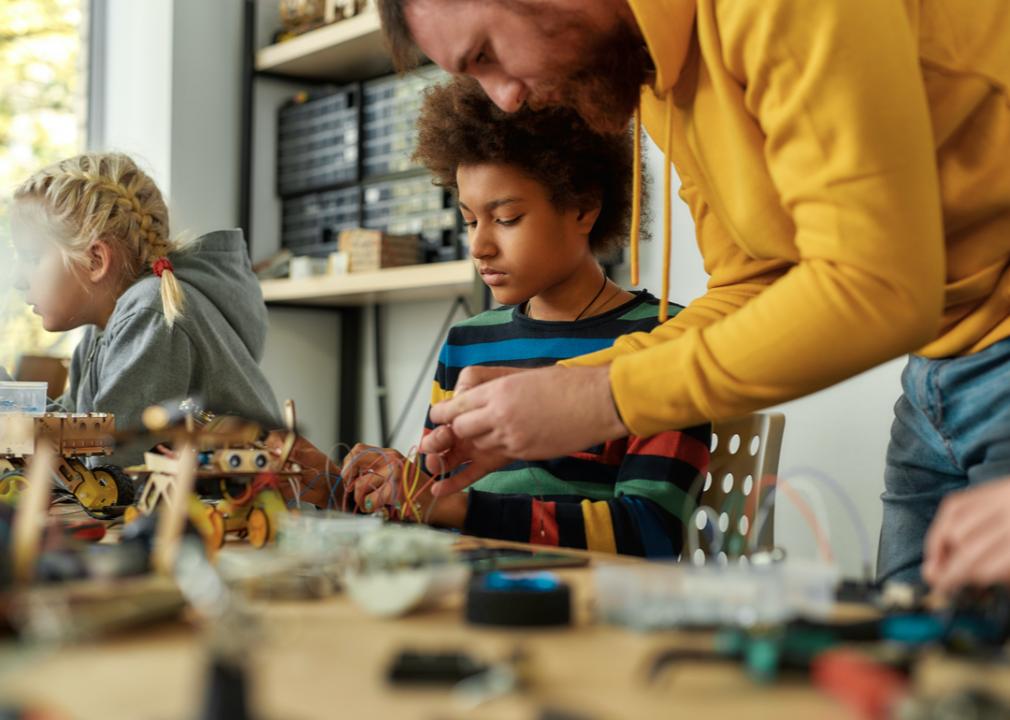 It can be difficult for children with ADHD to stay mentally focused long enough to complete things like school projects, so some children may avoid them altogether. They may become depressed because they can’t focus, while other kids seem to finish school assignments with no problem. About 14% of children with ADHD have depression, compared with 1% of those without ADHD. Depression often follows ADHD. 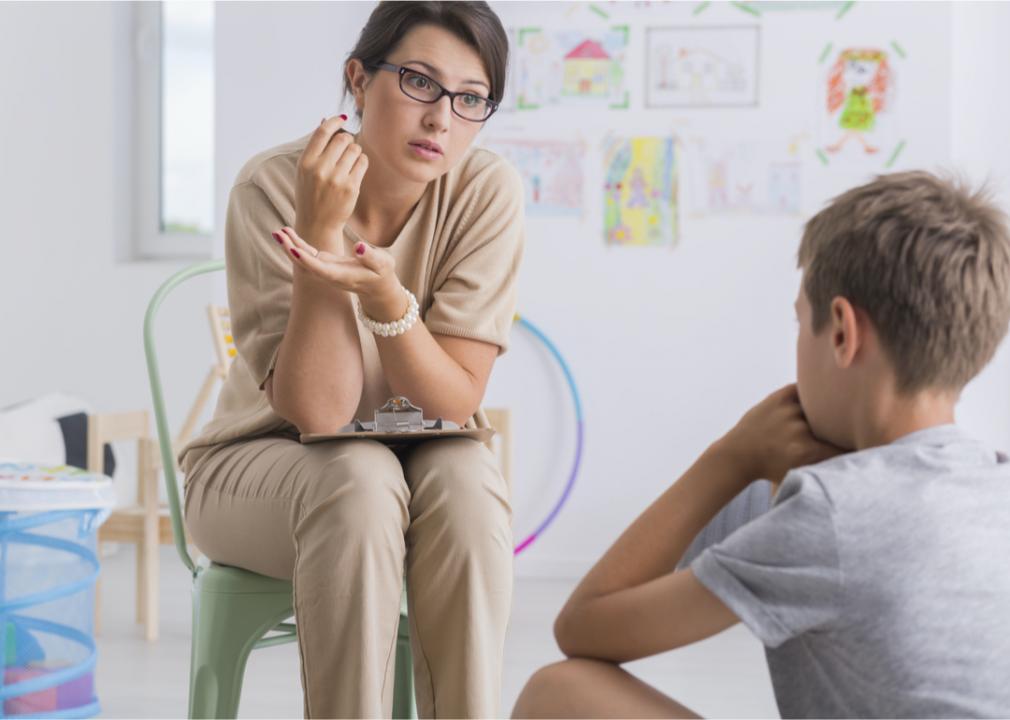 Neurotypical children often have short attention spans and can exhibit ”selective hearing,” but many with ADHD have trouble listening even when being spoken to directly. Children with ADHD are more likely to be on the autism spectrum than those who do not have ADHD, which can affect how they interact with others speaking to them. 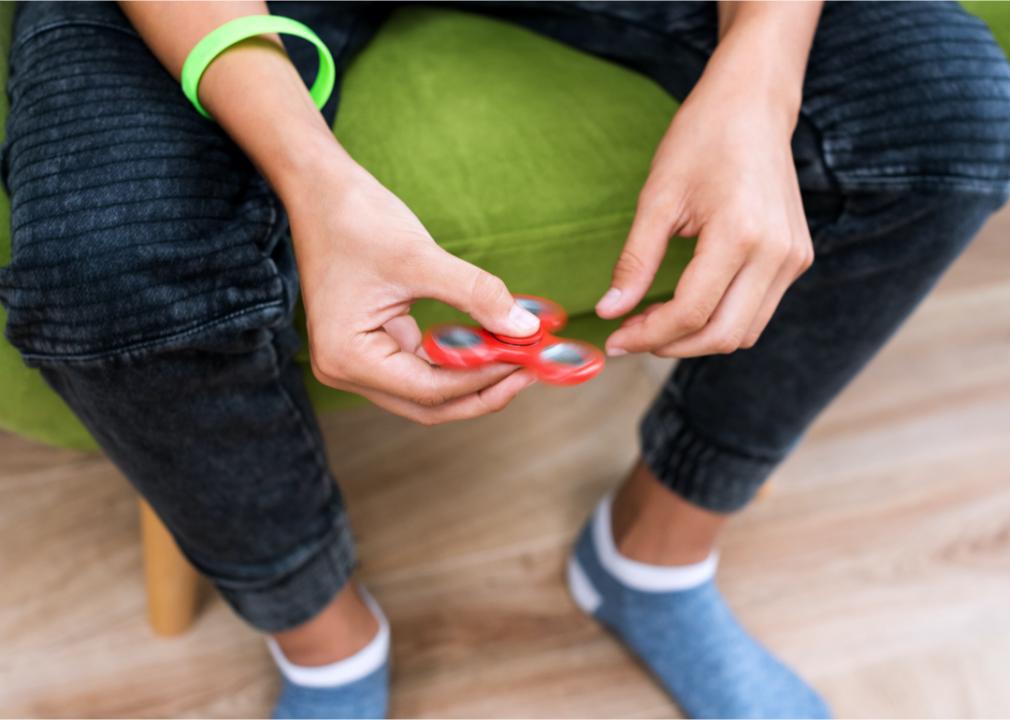 Children with ADHD generally have trouble sitting still, often tapping their feet or squirming in their chairs. Some people with ADHD have tics, or rapid, involuntary movements, and 60% to 80% have Tourette syndrome, a type of tic disorder. Giving a child an outlet to cope with hyperactivity—through playing with tactile toys, for one example—may help improve memory and build social skills. 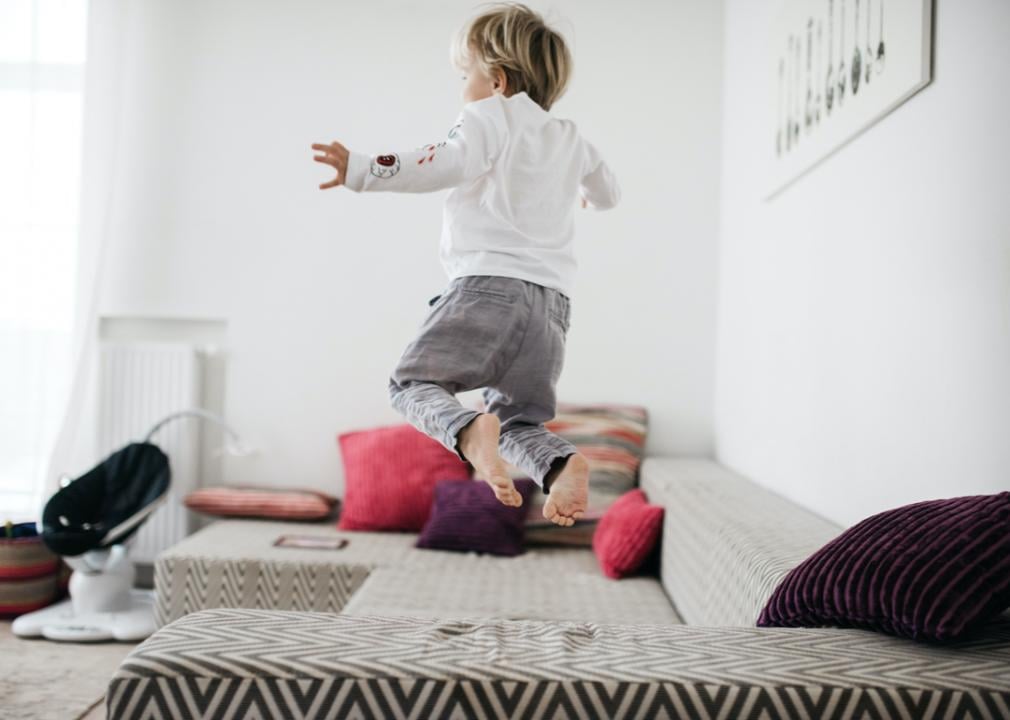 Young children are naturally energetic, to the point of wearing out their parents. However, many children with ADHD are always on the go, constantly moving and running around. They may not be able to stay seated when they need to, such as during class, and they also may be on the go during inappropriate times. 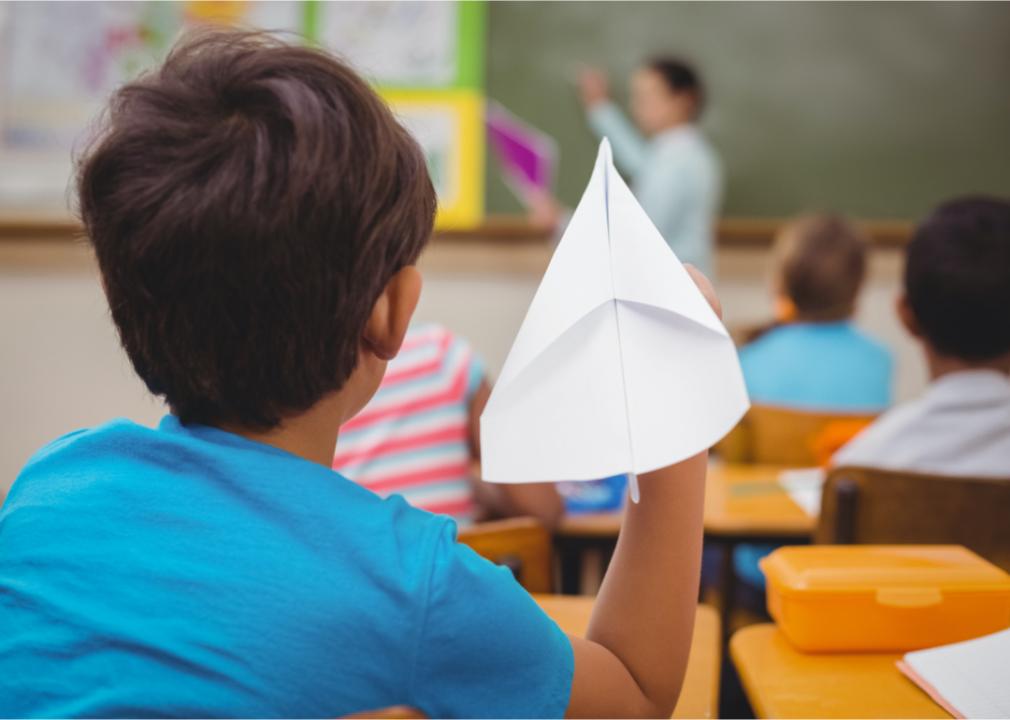 Although wanting in on the fun is a natural impulse, children with ADHD may intrude on other kids’ games and activities. Some children who are a part of a group may have trouble waiting their turn to play.

About 40% of people with ADHD have oppositional defiant disorder, which means they have trouble following rules and may deliberately annoy others. In line with following the rules, children with ADHD may also interrupt other peoples' conversations. 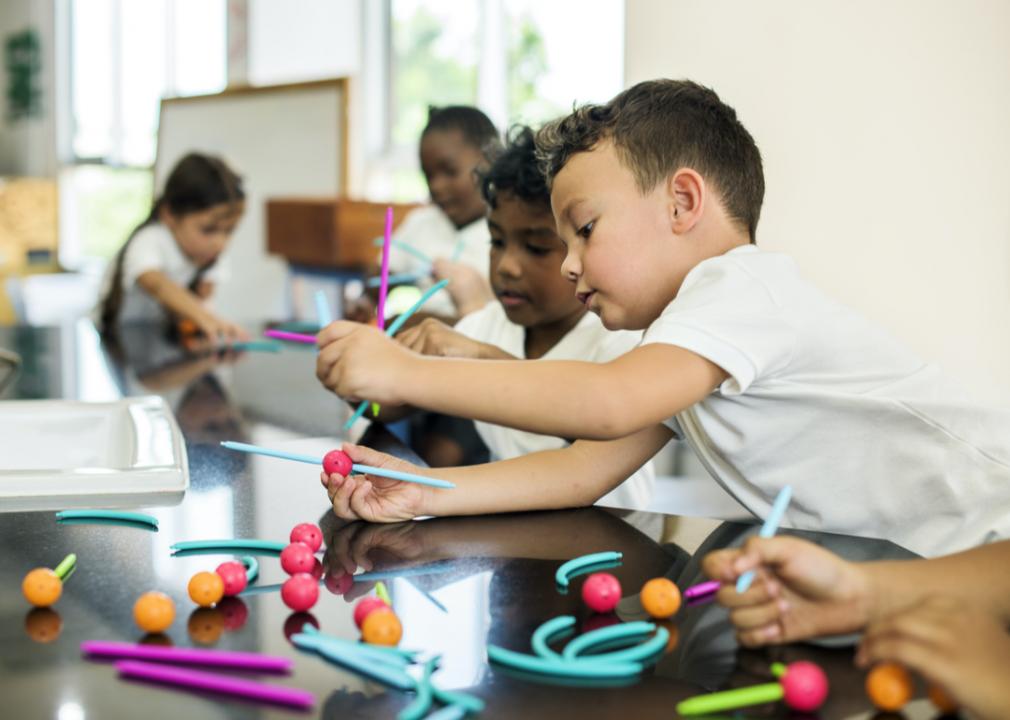 Children with ADHD often have trouble playing or working on projects quietly. This may result in outbursts during school or recess and inopportune times.

Teaching children with ADHD how to self-monitor their behavior is one method to help with playing quietly, allowing them to learn and recognize when certain actions are more appropriate than others.

This story originally appeared on HeyTutor and was produced and distributed in partnership with Stacker Studio.

'Effectively asleep': Sleepwalking B.C. man found not guilty for stabbing wife in the back
Feb 2, 2023 3:27 PM