A video shows the road to the popular park lined with dozens and dozens of cars
Apr 6, 2021 12:28 PM By: Brendan Kergin 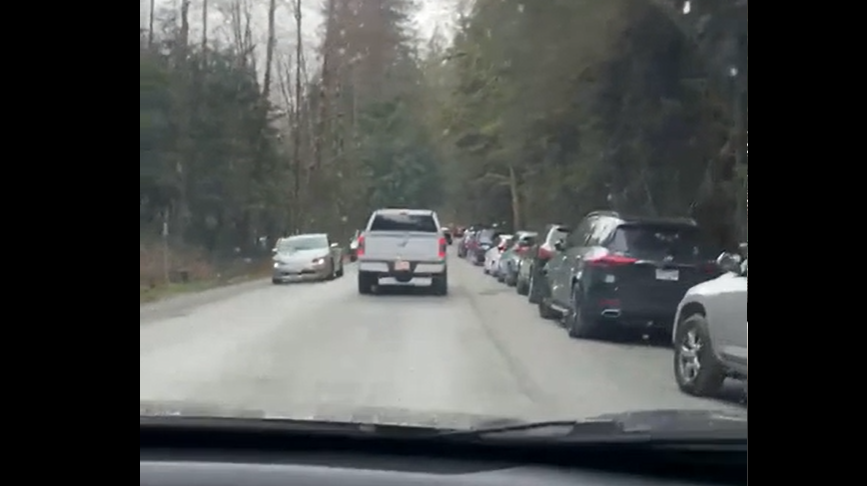 The 71-second video shows cars parked on the side of the road in Golden Ears Provincial Park.u/dfletch17 / Reddit

Since Easter weekend had some pretty nice weather, lots of people spent time in a park.

And a lot of those park people appear to have gone specifically to Golden Ears Provincial Park. Video shot on the road through the park north of Maple Ridge shows the side of the road filled with cars. Reddit user dfletch17 posted the 71-second clip and noted it came from a longer video that last around nine minutes.

Insanity up at Golden Ears, might be an unpopular opinion but BC Parks should implement day passes again for the Lower Mainlands busiest parks. (Original video was 9 minutes straight of parked cars). from r/vancouver

The video shows several hundred meters of cars parked bumper to bumper along with people walking along the road. The situation warrants the use of day passes for popular provincial parks in the area dfletch17 suggests. Other commenters lament funding challenges for the parks system and worry about damage to the popular park.