International Wastewater Systems Inc. president and CEO Lynn Mueller developed a system to capture and re-use the heat in sewage and hot water that would otherwise go down the drain.
Mar 8, 2016 12:13 PM By: Sarah Payne

A Port Coquitlam business is tapping into a tremendous amount of energy that's wasted, several times a day, with the flush of a toilet.

International Wastewater Systems Inc. is spreading its carbon-saving green technology using, of all things, the power of sewage, to projects throughout North America and around the world.

It all started when president and CEO Lynn Mueller began wondering whether there was a way to recover all that energy going down the drain; with a 30-year background in the heating and geothermal industries, it wasn't long before he'd hatched a plan.

"Upon investigation, what's really in the sewer system is 98% water and paper," Mueller said. "The byproduct of human existence is long gone before it hits the drain."

Mueller, who started out as a refrigeration journeyman before a 25-year stint in the geothermal heat pump industry, during which he founded two geothermal businesses, partnered with a plumber friend to hash out ideas for a prototype.

"We did a world sewage tour, which is not as exciting as it sounds… and found we could build a system that could do it," he said. "It's the ultimate renewable energy." 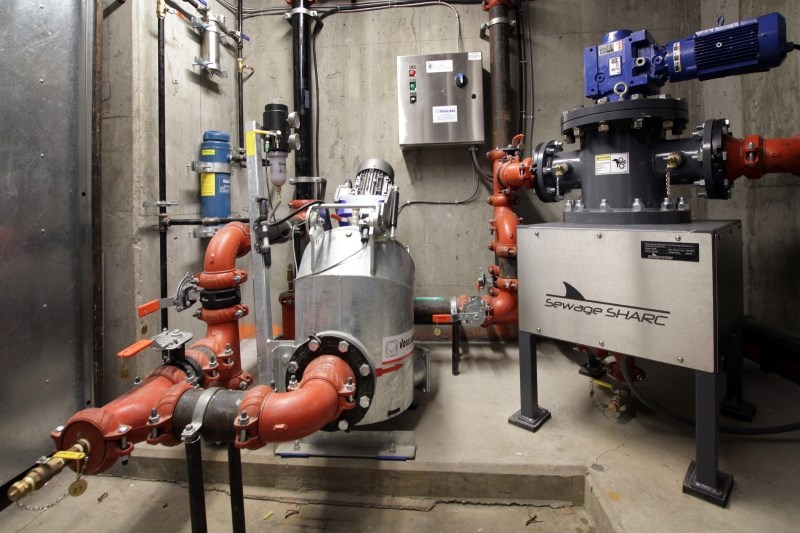 Mueller invented and patented the SHARC system (it's a modified acronym for sewage heat and recovery), essentially a filtration system that separates solids from the flow of sewage, pumps it through a specialized heat exchanger, and recovers the waste heat to warm up the clean water coming into the building.

The SHARC system has been installed at a handful of multi-unit residential buildings in Greater Vancouver; it was the key sustainability feature behind the LEED Platinum and Built Green Gold certifications at North Vancouver's Seven35 development of 60 townhomes, where it saves more than 75% on the production of hot water. And at the 172-unit condo development Sail at UBC, the SHARC system warms the radiant floor heating and operates at 80% efficiency.

Mueller said the system is designed for large-scale buildings and multi-family developments but his company is working on smaller units for individual homes.

This new documentary offers tips for living past 100 and how one Port Moody centenarian changed a city
Sep 24, 2021 9:00 AM

A hip-hop showdown of international-calibre talent is coming to Coquitlam
Sep 23, 2021 4:19 PM
Comments