Kids can also earn cash prizes and some coaching in special online debating competition
Apr 19, 2020 8:00 AM By: Mario Bartel 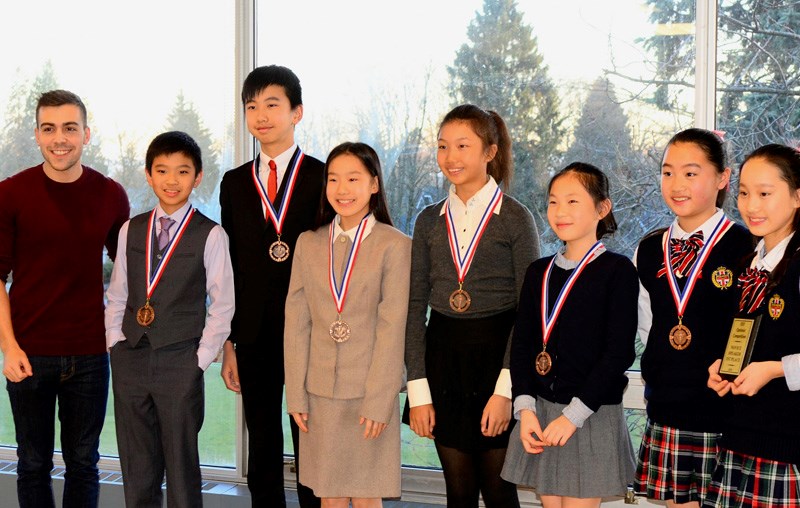 There’s no debating the massive economic and societal impacts of the COVID-19 pandemic.

But a Port Moody academy that coaches young debaters is trying to help them find the positive amidst all the anxiety and despair. Along the way, they’re also helping Food Banks Canada.

The Fostering Debate Talent Academy is hosting a virtual public speaking contest for orators across the country in grades four to 12. The younger kids, up to grade 7, will speak about the heroes of COVID-19, while the senior debaters will pontificate about the world after quarantine.

They’ll be competing for $10,000 in prize money and FDT’s founding director, Frankie Cena, said the company is donating $5 for every entry to help food banks, up to $10,000.

Cena, who started the academy in 2018 to help cultivate in others the passion he developed for competitive debating when he was attending elementary school in Burnaby, said the contest is a way to give back as his instructors have been able to continue serving clients after quickly pivoting to virtual coaching. He said it’s also a way “to try to find as much goodness in this weird time.”

While debate competitions are usually held in packed auditoriums, gymnasiums or classrooms that add an element of pressure to perform, the virtual competition will rely on video submissions to YouTube of three to five minutes in length from participants.

Each entry will then be reviewed by FDT’s instructors as well as its extensive roster of alumni who’ve been in the debate hot seat themselves. Each entrant receives a written critique of their delivery, content, organization and overall impression. Finalists in each category then compete against each other in a live debate on May 20 over the Zoom online meeting platform, with cash prizes up to $3,000 going to the top three.

Cena said making the debate topics relevant to the world’s current crisis gives young people an opportunity to express themselves in a meaningful way about a difficult situation.

“We want to be a beacon of hope,” he said. “We want to have everyone feel like this can be okay.”

“They learn to find their voice,” he said, adding that voice should be unique, thought-provoking and maybe even make the judges laugh a bit.

For instance, Cena recalled, the first speech he gave in competition, on the topic of perfect jobs, was about being an elementary school janitor. He won, and the confidence he developed from that experience just kept snowballing into a career as an entertainer, host and even gameshow contestant.

• To learn more about FDT’s virtual public speaking contest, including details about how to submit an entry, go to https://fdtacademy.com/publicspeakingcontest/.