Port Moody’s Sandra Niven received a Simple Generosity award worth $1,500 last month from Envision Financial for her community leadership and volunteerism. She donated the cash to Cystic Fibrosis Canada, where she works. 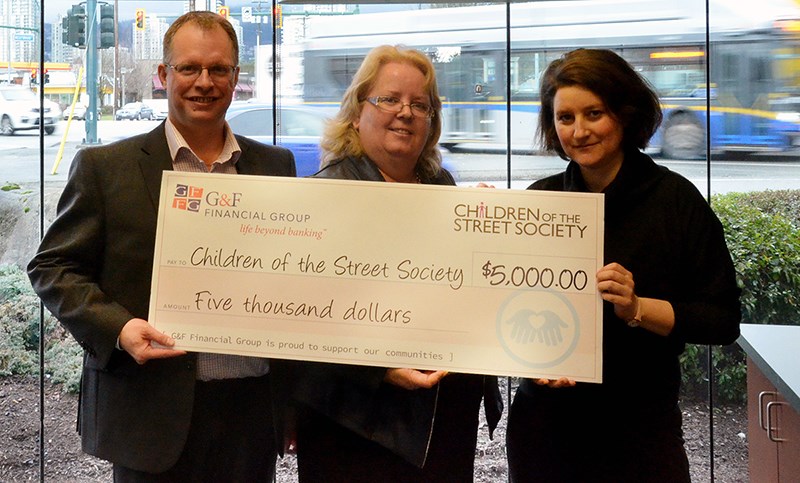 G&F Financial Group’s Foundation provided a $5,000 grant to Children of the Street Society to help replace their aging technology and to cover the cost of printing hundreds of its parent support manuals. 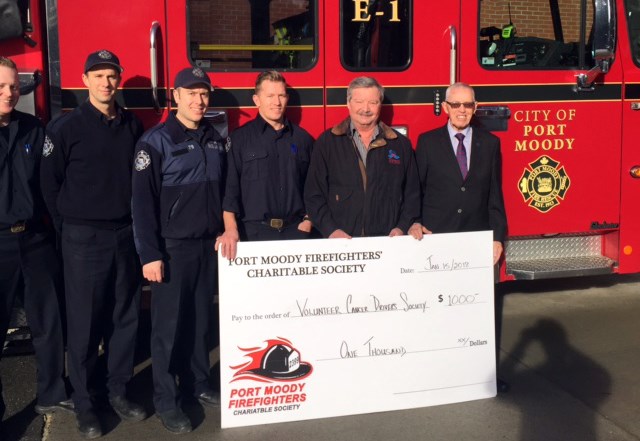 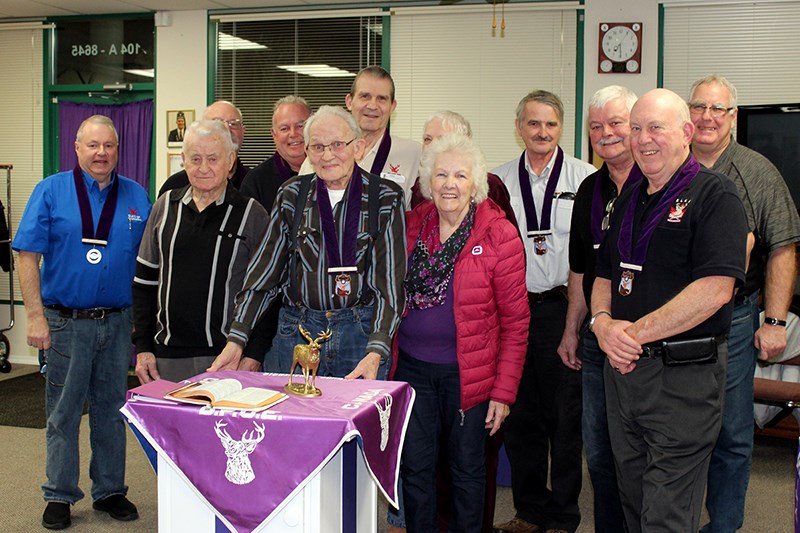 Members of the Chilliwack Elks Lodge No. 48 donated $1,500 to the Coquitlam-based charity Children of the Street Society this month for its school-based prevention workshops in Chilliwack.

Port Coquitlam Mayor Greg Moore (right) visited Riverside secondary school this week to give thanks to principal Anthony Ciolfitto and wish him well as he heads to his new assignment: principal at Centennial secondary school in Coquitlam, a new $61-million facility. 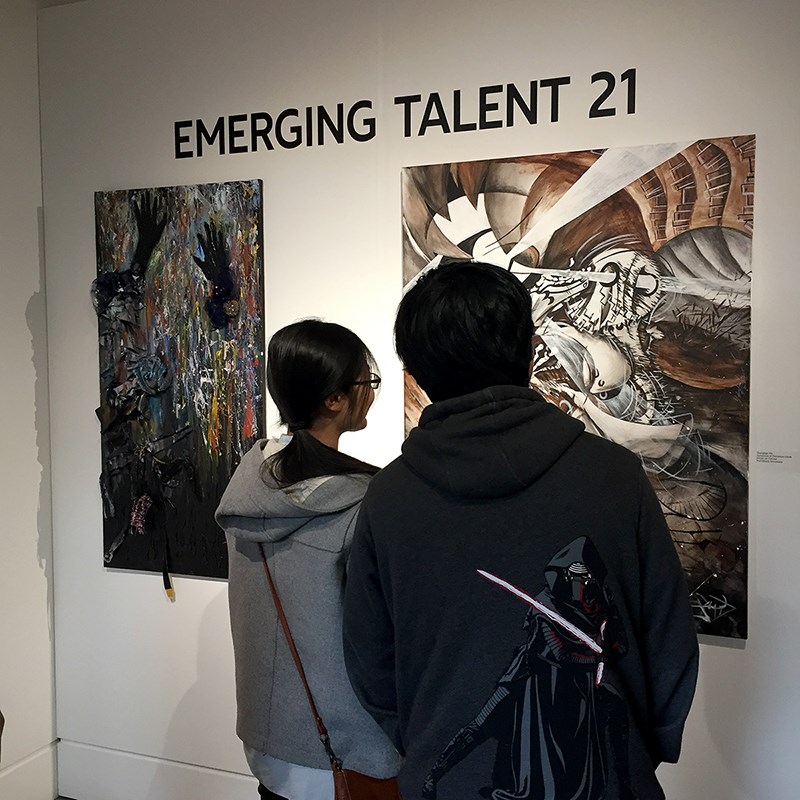 An opening reception for Emerging Talent 21 — the art display of graduating students in School District 43 — drew more than 200 guests to the Art Gallery at Evergreen on Sunday afternoon. The show, which is on until Feb. 18 at the Evergreen Cultural Centre in Coquitlam, was organized by Gleneagle secondary’s fine arts teacher, Robyn Croft, and juried by retired art teachers Keith Rice-Jones, Melanie Stokes and Mike McElgunn. Visitors can now vote on their favourite piece for the People’s Choice Award; the winner will see his or her art used in next year’s marketing materials for Emerging Talent 22.

Port Moody’s Emily Lam and Jacob Baba of Port Coquitlam won scholarships worth $5,000 each from the Horatio Alger Association of Canada this month. The awards, which were announced last week, are given to high school students who have overcome adversity and are in financial need for tuition.
Lam is a student at Dr. Charles Best secondary in Coquitlam while Baba attends Port Moody secondary.

Photos: SFU Pipe Band off to Scotland to compete in the Worlds at Glasgow Green
Aug 3, 2022 9:25 AM
Comments