The business of healthy skin care 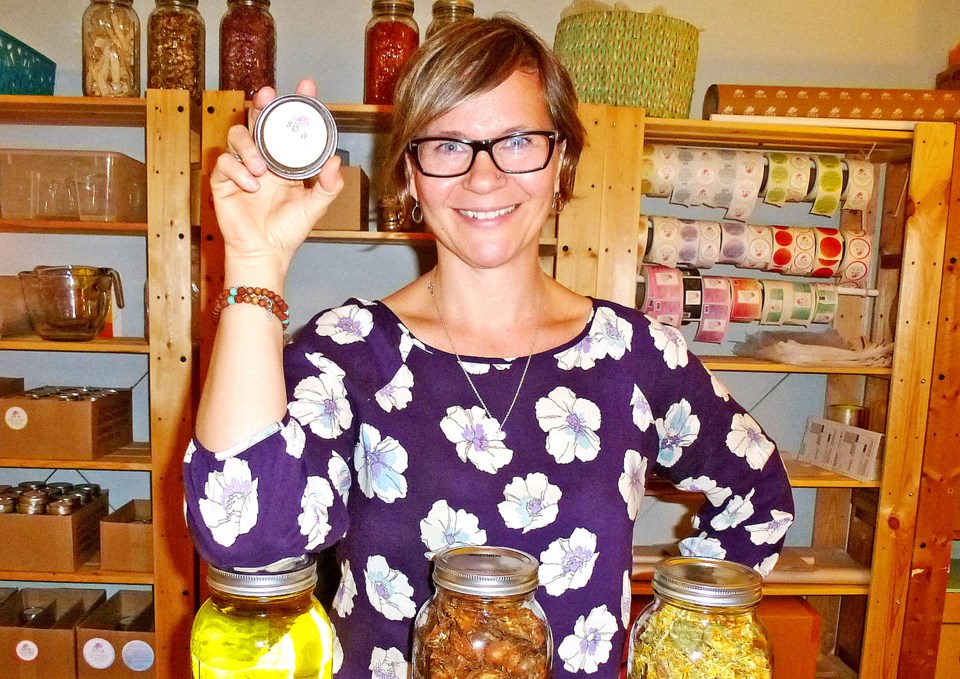 Christine Kizik, owner of Sola Skincare (solaskincare.com), with some of the personal care products she makes by hand with natural ingredients, including Chinese herbs recommended by her husband, Eran Even, a doctor of traditional Chinese medicine at Rocky Point Wellness.Diane Strandberg

A Coquitlam mother took her spring cleaning to a higher level when she threw out her antiperspirant and face creams after looking at the ingredients.

Then she made her own.

After researching body care products, Christine Kizik became concerned about using creams and deodorants with chemicals that could be absorbed in the skin.

And so with the help of her husband, Eran Even, a doctor of traditional Chinese medicine, she experimented with Chinese herbs, bees wax and oils pressed from nuts and seeds to see if she could make skin care products and a deodorant that were just as effective but less harmful to the body.

"It hit me, 'What is in here?,'" the former Port Moody teacher recalls, "I realized I had no idea what the vast majority of the ingredients were, then it was like a rabbit hole," she said, describing months of research and experimentation.

Always into making her own jams, salsa, pottery and even knitwear, Kizik looked into the science behind body care products and thought she could come up with something that was good for the skin and safe for the environment.
"I'm a person who goes for it because I think I can."

Sola Skincare (solaskincare.com) is the result, an online company that offers a variety of body care products such as moisturizers, cleansing grains, balms and even a coconut deodorant, and none of them contain artificial perfumes, fillers, dyes and preservatives that can cause allergies or skin sensitivities. They are sold in retail stores in the Lower Mainland, including Pomme Natural Market in Port Coquitlam, at the Coquitlam Farmers Market, on her website and through online stores that share a similar vision of natural health and body care.

To get noticed, Kizik got her friends to support her and has made connections through various forums for entrepreneurs, such as the Tri-City Moms Facebook group, the Tr-City Entrepreneur Collective and the Forum for Women Entrepreneurs.

Kizik said she has benefited from the knowledge of entrepreneurs she has met, some who are already successful, such as Suzanne Siemens, co-founder of lunapads.com, a company that sells natural products for menstrual care, and newcomers like herself who are just starting out.

But when her popular coconut deodorant went viral after it was promoted on CTV's Marilyn Denis Show, Kizik found she was a victim of her own success. While her husband was in China, Kizik struggled to get all the orders into the mail. (She's now simplified by signing up for Shopify, which should streamline the accounting and the shipping).

The coconut deodorant is made of ingredients that absorb moisture and kill odour-causing bacteria, and could be good enough to eat — containing baking soda, arrowroot powder, bees wax and coconut oil.

"It's not an antiperspirant, it won't stop you from sweating, but it absorbs the odour," Kizik says, adding, "There's something out there in the marketing world that says women shouldn't sweat."

Running a business out of her home is not easy, and with daughters ages four and seven years, Kizik says she is trying to find a balanced lifestyle, so she sympathizes with people who are trying to find healthier replacements for typical household products but don't have the time do the research and source the products.

"A big part of what we're trying to do is share information and show people it's not hard."