This Coquitlam man could be one of Canada's top immigrants

A Coquitlam immigrant is so appreciative of the new life he’s been able to build in Canada, he’s hoping to be selected as one of the country’s top 25 immigrants in an annual “people’s choice” competition put on by Canadian Immigrant magazine.
Jul 24, 2020 6:00 AM By: Mario Bartel 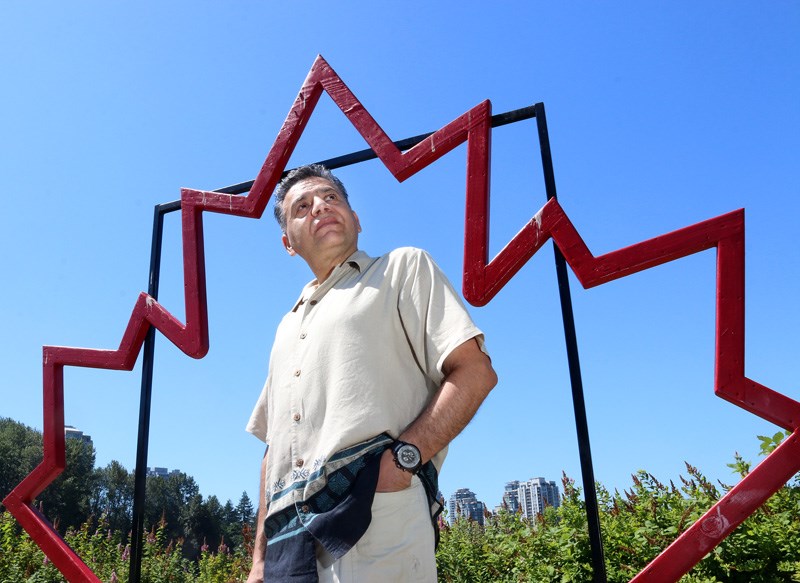 Ali Tootian is trying to be named as one of Canada's top 25 immigrants in an annual online contest put on by Canadian Immigrant magazine.MARIO BARTEL/THE TRI-CITY NEWS

A Coquitlam immigrant is so appreciative of the new life he’s been able to build in Canada, he’s hoping to be selected as one of the country’s top 25 immigrants in an annual “people’s choice” competition put on by Canadian Immigrant magazine.

Ali Tootian said being named one of the competition’s 75 finalists is already an affirmation that his ongoing quest to contribute to his adopted community is making a difference that can serve as inspiration for new immigrants just arriving in Canada.

“If you live as a good person, you become a role model,” Tootian said. “You’re not wasting your time.”

Tootian was a successful metallurgy engineer in Iran, with a new wife and young son. But in the late 1990’s, as Iranian society hardened ideologically, he longed for a better life with more freedoms.

His mother had immigrated to Canada several years prior, settling into North Vancouver. He also had many family members in Sweden.

Tootian said he weighed the pros and cons of each country and it was the ability to be allowed to vote sooner in Canada that tipped the scales.

“I’m a social activist,” Tootian said. “I wanted to have an influence on my society.”

So began a two-year journey that took his family from filling out paperwork at the Canadian embassy in New Delhi, India, because Canada had closed its outpost in Iran, to his new home in Burnaby, where the Tootians first settled.

Tootian said he expected adjusting to a new country wouldn’t be easy. There were no jobs in his field, so he took whatever he could, like helping out in a lumber yard and then six years working at a grocery store.

Those experiences bought him time and the resolve to figure out his next step, to attain his teaching qualifications at Simon Fraser University.

Tootian also became active in various multicultural groups, eventually ascending to serving as a director for the Burnaby Multicultural Society and then the Burnaby Ethnocultural Advisory Council.

When Tootian landed a teaching gig at Pinetree secondary in Coquitlam, he established an advisory council for the parents of Iranian students at the school and when he moved to Gleneagle secondary, he set up a math contest club that helped propel that school to a place amongst the top 50 math schools in Canada.

Still, he said, there was more he could do.

In 2013, Tootian established the Farhagian Educators Association which produced educational handbooks and workshops with a Canadian twist in both the Iranian and Afghan dialects of Farsi.

It was all about forging connections, Tootian said.

“People need to feel like they belong and can get their voice heard.”

To amplify those voices and teach his community the importance of civic responsibility, Tootian started organizing all-candidate meetings for municipal, provincial and federal elections. He said the openness of the Canadian democratic process is enthralling.

“Candidates are so accountable,” he said. “You can approach them and ask them questions.”

Tootian said a strong immigrant voice benefits the whole community by creating a sense of identity.

Even the COVID-19 pandemic hasn’t veered Tootian from his mission. In june, with the help of Coquitlam’s mayor, Richard Stewart, as well as councillors, he unveiled his Tree of Unite project at his home as a symbol of the province’s resilience and the contributions of its front-line workers.

“We all have to learn how to be a positive influence in society,” Tootian said.

• To cast your votes for Canada’s top immigrants, go here before Aug. 7.