You can watch a breathtaking documentary about B.C.'s coastal wolves for free right now (VIDEO) 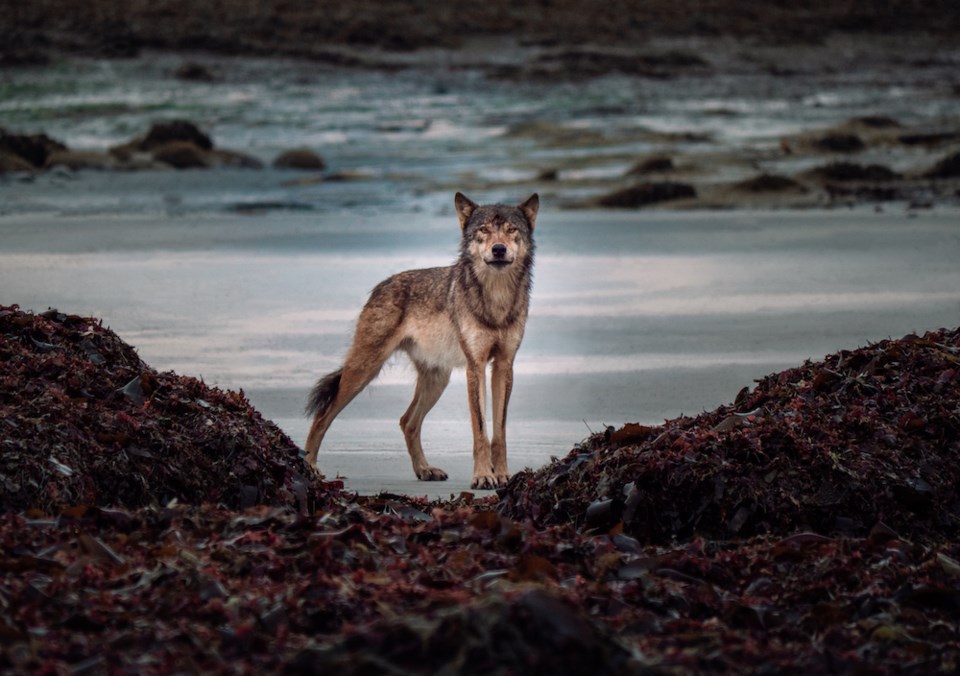 Over the course of a two-week expedition this past summer, nature and wildlife cinematographer Maxwel Hohn, from the Comox Valley, recorded a unique video of a wolf pack foraging and feeding on the shores of Vancouver Island’s west coast called Call of the Coastal Wolves. Photo via Steve Woods

Over the course of a two-week expedition this past summer, nature and wildlife cinematographer Maxwel Hohn, from the Comox Valley, recorded a unique video of a wolf pack foraging and feeding on the shores of Vancouver Island’s west coast called Call of the Coastal Wolves.

Hohn is also known for another nature mini-documentary called Tadpoles: The Little Migration. The film was released in early 2020 and received over a dozen international film festival awards.

For Call of the Coastal Wolves, Hohn was joined by the film’s contributing videographer and wildlife photographer, Steve Woods.

The two of them spent fifteen hours daily for two weeks "crammed in a small tent-like photography ‘blind’, shielded from all types of B.C. weather, and the immediate attention of the wildlife," explains a news release.

By recording so much footage in the remote location, the duo managed to capture some incredible video of the elusive coastal wolves.

Joining them on their expedition, and in the video, are Paul Nicklen of SeaLegacy, and Tom McPherson of Seaforth Expeditions.

Hohn also collaborated with his previous writer and editor Russell Clark, following the international acclaim of the tadpoles film earlier this year.

Threats to the elusive and unique coastal wolves

“We want people to see these beautiful animals in their wild and natural BC habitat. We want the viewer to become passionate about them, and to learn more about their ecosystem and threats. If, as filmmakers, we can get people to see how vulnerable they are, we can hopefully work together toward better conservation and protection," says Hohn.

As Paul Nicklen of SeaLegacy comments in the video: “Are they the big bad wolf? No. They are incredibly beautiful, spiritual, charismatic, caring gentle animals. People have to understand how fragile these wolves are, how fragile their ecosystems are. It’s like discovering a unique tribe that has never been discovered before.”

Steve Woods witnessed and captured a video of a special moment seen in the film: “Early in the morning we saw one female, coming out and digging into a huge lump of kelp with all the steam coming off. Then she rolls around in it like she’s taking a warm bath! It’s a wonderful thing to watch.”

The mini wildlife documentary features beautiful cinematography from Vancouver Island's west coast, as well as a "behind the lens look" into an expedition of this kind.

“Given this year has been a bit of a bummer for a lot of people, we thought it would be nice to release Call Of The Coastal Wolves on Christmas Day. Even though it was shot in the summer it seems to fit in really well this time of year and is great to watch in front of a cosy fireplace with a glass of eggnog!” adds Hohn.

The documentary short is available for streaming, for free, on YouTube and Vimeo.

Adorable pooch reunited with family after hopping into a UPS truck in Vancouver
Dec 15, 2020 1:17 PM
Comments