A golden year for the Port Moody Art Association 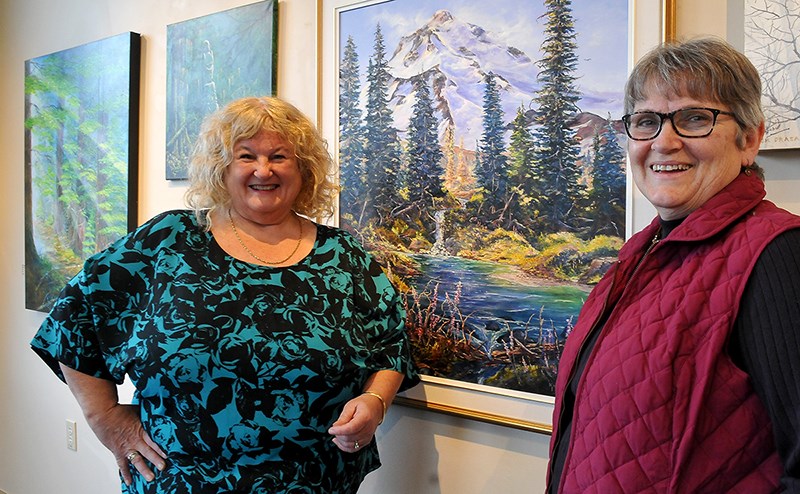 Gold laces together the new exhibit at the Port Moody Arts Centre.

The colour comes in the form of paint in the 130 watercolour, acrylic, oil and mixed media pieces mounted on the walls at the historic St. Johns Street facility.

The precious element was the only requirement the artists had for their work to be included in the show. In fact, as far as content was concerned, they had a blank slate.

Their golden touches appear in such common landscapes as forests with sunbeams poking through the branches, in streams meandering through valleys and in streetscapes around Port Moody.

And their lovely scenes offer a glowing backdrop as the group to which they belong — the Port Moody Art Association — marks its golden year.

On Thursday, PMAA will launch its 50th anniversary with Golden Moments, a celebration of the evolution of the city’s most vibrant arts club.

Conceived by past president Vicki Allesia and Janice Cotter, the centre’s visual arts manager, Golden Moments highlights original work from more than half the club’s members.

The exhibit was organized by Sharon Kuehn, who only joined PMAA this past fall and was too busy to submit any of her own art for the display.

However, president Laura Genovese entered four of her pieces, which appear alongside the work of such well-known Tri-City artists as Rae Yano, Jack Prasad and Marjorie Turnbull as well as emerging artists.

“We are so pleased with what came in. The quality is very high,” Genovese said, scanning the images during a tour last Friday.

Founded by Lorna Steeves, Elsie Jones, Lucy Page, Steve Shane and Nora Belton, PMAA has come a long way since 1967 when the cost to join was 50 cents a week.

Within a year, PMAA boasted more than 100 members and hosted exhibits around the Lower Mainland, funded by grants and sales. Back then, it partnered with the Coquitlam Fine Arts Council, toured art galleries in B.C. and Washington State and had a continuous show at the Port Moody Public Library.

But while the club is not as active today, it still has a waiting list to get in (its bylaws cap membership at 100).

For 2017, it has several special events lined up to pay tribute to the organization.

This spring, it will award its first scholarship to a graduating student at Port Moody secondary who intends to pursue a post-secondary arts education.

As well, in May, it will unveil its mural mosaic, a project that involves 35 members who are painting a square of a blue heron.

And, in early November, it will wrap up the milestone year with its annual art show at the Port Moody recreation complex, a three-day event that draws hundreds of art lovers from around Metro Vancouver.

Kuehn said she will also set up a digital presence for PMAA on Facebook as a way to connect with past, present and future members. “We are very excited about this coming year for our club,” Kuehn said.

• The opening reception for Golden Moments: 50th Anniversary of Port Moody Art Association is on Jan. 26 from 6 to 8 p.m. The artists will be in attendance and refreshments will be served. The show ends Feb. 23. Visit pomoarts.ca. 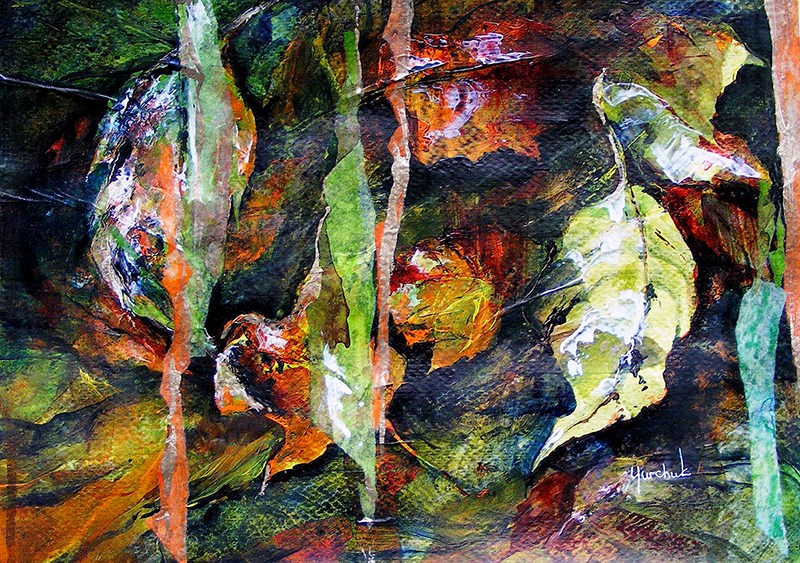