A modern indigenous lens for a new dance in Coquitlam

When choreographer Olivia C. Davies moved to B.C. from the east coast five years ago, she started to explore the artistic side of her mixed Welsh and Metis-Anishnawbe heritage.
May 9, 2017 2:08 PM By: Janis Cleugh 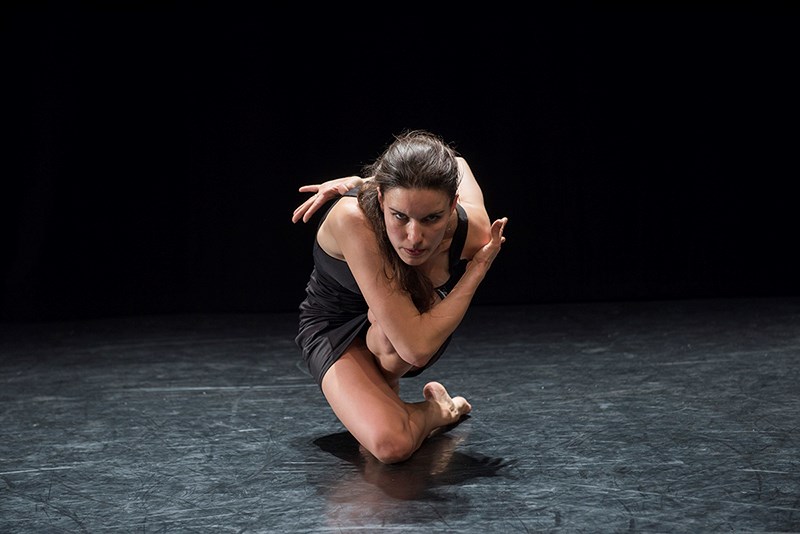 When choreographer Olivia C. Davies moved to B.C. from the east coast five years ago, she started to explore the artistic side of her mixed Welsh and Metis-Anishnawbe heritage.

The dance theatre production, which will come to Coquitlam’s Evergreen Cultural Centre next Thursday, weaves Georgeson’s words about travel and transitions with performance.

“We’ve been talking for quite some time about women’s stories and what it means to be a First Nations women today and living in this urban world we have,” Davies said. “As women, we have had to find a way to rebuild and reassess how to make the most of our situations.”

Davies said while the topic can sometimes be a delicate one, she believes there’s a positive message: one in which women rise to face their challenges and move “to the other side.” Over the past year, her production has been shown as vignettes but, on Sunday, it made its debut at The Cultch in Vancouver, along with Georgeson and aerial dancer Emily Long.

For the Coquitlam show on May 18, the trio will talk about the work following their performance; a free workshop — for dancers of all ages and abilities — begins at 8:15 p.m.

• For tickets at $20/$5 to Crow’s Nest and Other Places She’s Gone, by choreographer Olivia C. Davies, call the Evergreen box office at 604-927-6555 or visit evergreenculturalcentre.ca.

To win a pair of tickets to Crow’s Nest and Other Places She’s Gone by Olivia C. Davies, email jcleugh@tricitynews.com by May 15 at 9 a.m.