Longtime advocates of Port Coquitlam’s arts and culture scene rallied this week to have their voices heard about the future of Elks Hall.
Nov 20, 2020 1:00 PM By: Janis Cleugh 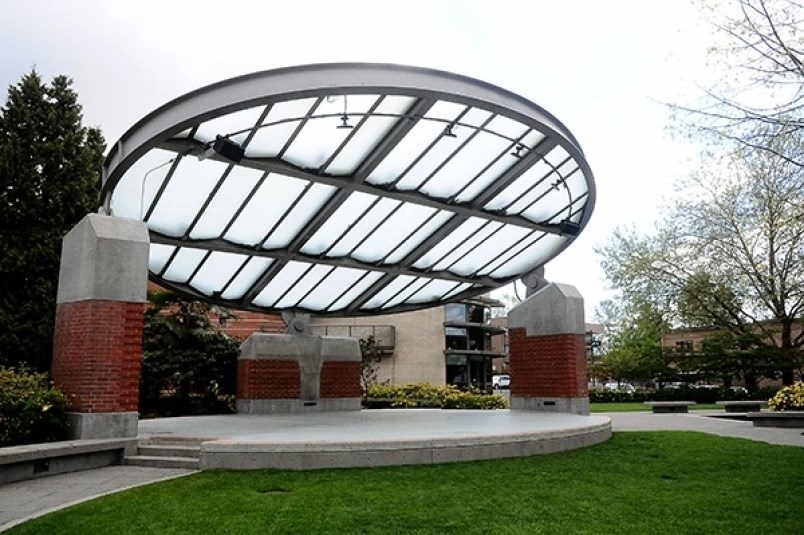 The Elks Hall is located south of the Leigh Square band shell.TRI-CITY NEWS

Longtime advocates of Port Coquitlam’s arts and culture scene rallied this week to have their voices heard about the future of Elks Hall.

Thursday, at the city’s cultural roundtable Zoom meeting, five members told municipal staff that they wanted to get their views out early about the new city-owned building before council makes its next move.

The municipality bought the building this past summer.

The speakers — Susan Robinson, Thelka Wright, Bob Wallace, Christine Malone and Patrick McCarthy — are urging council to have the space converted into an indoor performing arts venue as envisioned in the original plan for Leigh Square, a $5.8-million arts hub that includes The Outlet and the Gathering Place.

They said the one-storey building that was occupied by B.C. Tel and, most recently, the Elks fraternal organization, needs minor renovations; it is equipped with a full kitchen, offices, a meeting hall and washrooms.

It also has good acoustics, said Wright whose husband, Michael, has his name in the Gathering Place gallery to honour his years as a city councillor and arts champion.

“There’s been no consultation with the public as to its future use,” she said, noting the lack of response from city hall on the topic. “The building has a lot of space that can be used…. My hope is that Elks Hall will become an integral part of Leigh Square.”

Wallace, the president of Art Focus Artists’ Association, said replacing the building with a highrise will block sunlight on the square. “It will become a dark and dreary plaza,” he warned while also focusing on the potential loss of building’s mural.

“It would be really nice if the city remembered its commitment from a few years ago,” Robinson told the Tri-City News on Friday. “Ideally, it would be lovely to have it developed as an arts facility as per the dreams from the 2004 planning symposium for the arts village.”

“At the very least, we would like some form of theatre component incorporated into the development,” she said.

Carrie Nimmo, PoCo’s manager of cultural development and community services, and Robi Smith, the city’s arts and cultural co-ordinator, recommended they appear as a delegation at a future city council, via Zoom.

And Nimmo said she has relayed their concerns to Lisa Grant, PoCo’s director of development services, about being part of the downtown planning early in the process.

In a statement to the Tri-City News on Friday, the city’s communications manager wrote the Downtown Action Plan will guide council’s decisions.

“At this time, there is no development proposal for the Elks Hall site,” said Pardeep Purewal, who noted council has earmarked (in its 2021-’22 capital budget) to extend the nearby Donald Street pathway from Wilson Street to McAllister Avenue, to transform McAllister and to update the designs for Veterans Park and Leigh Square. “We will keep the community informed and engaged once plans are further finalized. We encourage any stakeholders with any concerns or ideas to share them with the city,” Purewal wrote.