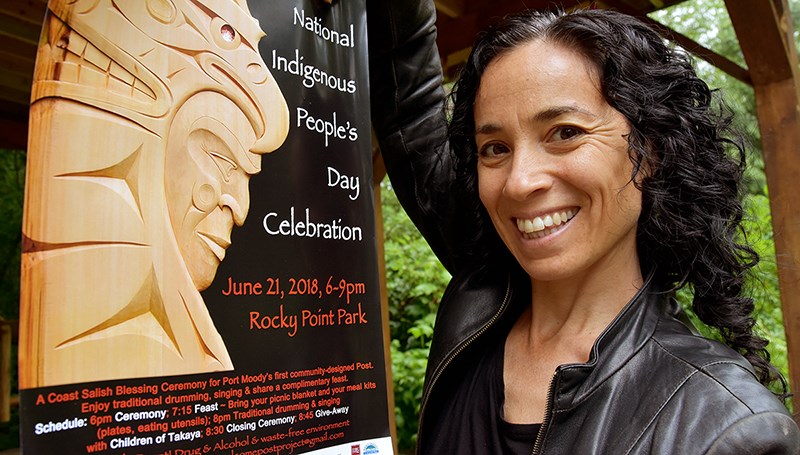 Above, Tasha Faye Evans is the organizer of the Welcome Post Project, which — after a year — will unveil a new house post (to be located at the Noons Creek hatchery) at Rocky Point Park on Thursday, National Indigenous People’s Day. The ceremony, which runs from 6 to 9 p.m., will include a feast for the public by Pasta Polo.JANIS CLEUGH/THE TRI-CITY NEWS

And she’s inviting the public to witness a special Coast Salish ceremony — a first on Port Moody soil.

Thursday, Evans will conclude a year-long initiative supported by the Port Moody Ecological Society to design, carve and raise a house post in the city.

The Welcome Post Project, of which Evans is manager, will see Squamish Nation’s James Harry’s carving of a 600-pound cedar tree blessed and raised.

But its final resting place won’t be at Rocky Point Park, where the celebration takes place from 6 to 9 p.m.

Rather, the house post will be a permanent fixture in front of the gazebo at the Noons Creek hatchery, the society’s home.

The gazebo is the place where most of the Project action has happened since last spring.

There, Evans hosted talks about reconciliation and workshops, and Harry — a student at Emily Carr University of Art+Design who is also known as Nexw kalus, the son of hereditary chief and master carver Rick Harry (Xwalacktun) — heard from the community about what symbols should be incorporated in the wood. 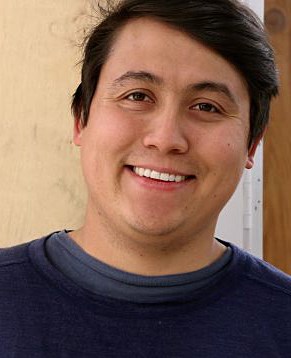 There were many suggestions, Evans said, but in the end, Harry settled on “a swirl of energy” to reflect the changing attitudes about First Nations people.

Harry included such elements as the Coast Salish eye; a pair of salmon (a symbol of prosperity, renewal and fertility and to represent two realities); a blue heron (to show the bird’s traditional nesting grounds); and clams (once dug up in the area by the First Nations).

The bear — a symbol of power and courage — is not included in the house post, Evans said. “I was surprised since they are so common here,” Evans said, “but it wasn’t a strong expression in his discussions with the community.”

For the ceremony, Evans will follow Coast Salish protocol: As cedar is consider the tree of life in First Nations’ folklore, four women will dip cedar boughs in water and brush the wood to wake up its spirit, she said.

(During this time, Harry will be blanketed to allow the community to receive his artwork blindly.)

Then, the wood, which is now half of its original weight after carving, will be lifted.

Chief Maureen Thomas of the Tsleil-Waututh Nation, of which Port Moody is part of its ancestral territory, will speak and “return” the house post to be raised at Noons Creek hatchery. “She has requested for it to be here,” Evans said, noting the hatchery grounds were once home to a Tsleil-Waututh village.

There will be other speeches, too, as well as entertainment and, at 7:15 p.m., a complimentary feast provided by Pasta Polo owner Fred Soofi.

As well, the first 200 people at the event will receive a cultural gift: a decal with a First Nations symbol, to give thanks and continue to reconciliation talks.

And finally, when the post is laid down to rest at 8 p.m., four people from the crowd will be asked to the stage to speak about their experience as witnesses to the blessing ceremony and tell how they will communicate the message within their community.

• The Welcome Post Project celebration on Thursday, June 21 is from 6 to 9 p.m. at Rocky Point Park (2800-block of Murray Street, Port Moody). Guests are asked to bring a picnic blanket and meal kits (plates and utensils). Meanwhile, volunteers are sought to set up the event: email welcomepostproject@gmail.com. Visit noonscreek.org. 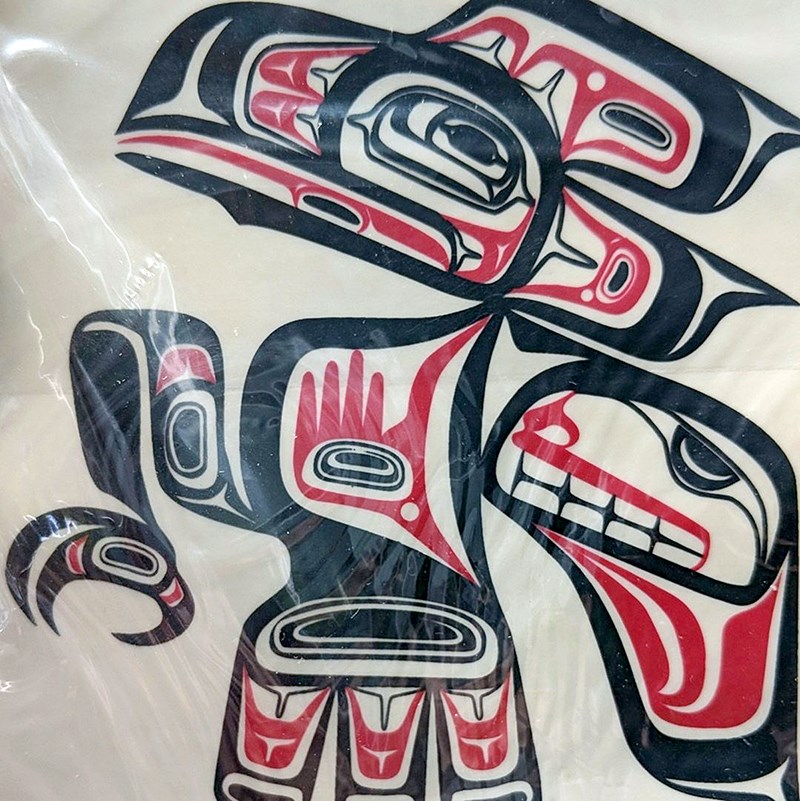