Cultural leaders in Coquitlam warn of strained budgets under COVID

For most Coquitlam arts and cultural organizations that get city grants, 2020 was on track to be one of their best years yet. And then the pandemic hit.
Nov 12, 2020 1:34 PM By: Janis Cleugh 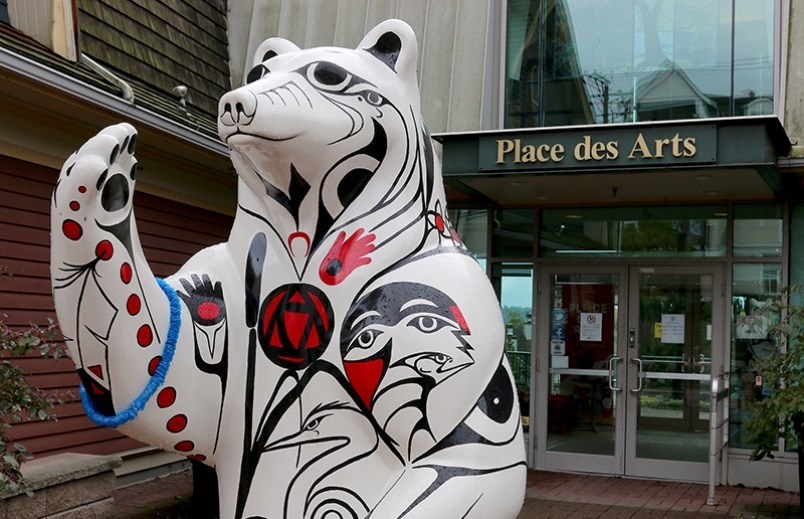 Place des Arts in Coquitlam seeks $1.1 million from the city of Coquitlam for its 2021 budget. This month, officials representing five cultural organizations came before city council to ask for base grants and a few one-time costs. City council is set to adopt the five-year financial plan Dec. 12.MARIO BARTEL/THE TRI-CITY NEWS

For most Coquitlam arts and cultural organizations that get city grants, 2020 was on track to be one of their best years yet.

Programs were near — or at — capacity, visits were on the uptick and event ticket sales were padding the bottom line.

And then the pandemic hit.

In March, doors to the Coquitlam Public Library, Place des Arts, Mackin House, Place Maillardville and Evergreen Cultural Centre shut to the public to contain the spread of COVID-19.

Since then, the five organizations have tried to pivot to provide online learning and shows but the centre directors are warning of tough times ahead.

That’s what city council heard Nov. 5 when facility representatives came to seek funding for their 2021 budgets.

But with the five-year financial plan set to be adopted Dec. 14, many managers are asking for just their base grants to be covered — with no new bumps to pay for one-time operating or capital projects.

Among those coping with the COVID-19 changes is the Coquitlam Public Library, which is asking for $5.6 million for 2021 — a slight decrease compared with this year.

“COVID has changed almost everything and the library has had to adapt,” said board chair Alice Hale, who is ending her eight-year term this year.

The “new normal” to maintain physical distancing at the library’s two branches will put squeezes on revenue, space, programming and access in the new year, she predicted.

Still, council praised the library for its outreach response as it was the first in the region to start curbside pick-up, on April 15. The Library Link bus also restarted May 4 while its branches were the first in Metro Vancouver to reopen, on June 22.

In addition, the library board withdrew $106,000 from reserves to add to its digital collections to meet demand, Hale said.

Within two weeks of shutting down, the Maillardville arts hub had more than 80% of its teachers working online from their home studios and 30% of its students moving to a digital platform, she said.

As for its 2021 budget, Place des Arts is asking for $1.1 million including a one-time request for a visual arts pilot program designed for new Canadians and low-income families — reaching up to 600 participants.

But executive director Candrina Bailey said the society is at risk of losing its provincial gaming grant next year as it’s not hosting its usual ticketed events at Mackin House.

Still, despite the revenue challenges, the society is moving ahead with a major online exhibit in January, titled We’ve Been Here All Along, to highlight the history of the Black community in Coquitlam. As well, it’s also planning for a new heritage facility, as outlined in 2017.

Like most centres, staff worked from home, Zoom programming came on board and activity kits were created for families and seniors before Place Maillardville reopened June 29.

Summer camps went outside and were adapted for physical distancing at Maillard middle and Mackin Park, he said.

The facility, which receives 57% of its funding from the city, seeks $535,475 for its 2021 budget, with plans next year to build a new website and prepare for a new building.

Executive director Philip Hartwick said his facility laid off two-thirds of its staff when the public health crisis was declared.

And he hopes to recall the rest of his team who remain off work “at some point in the future,” he told council.