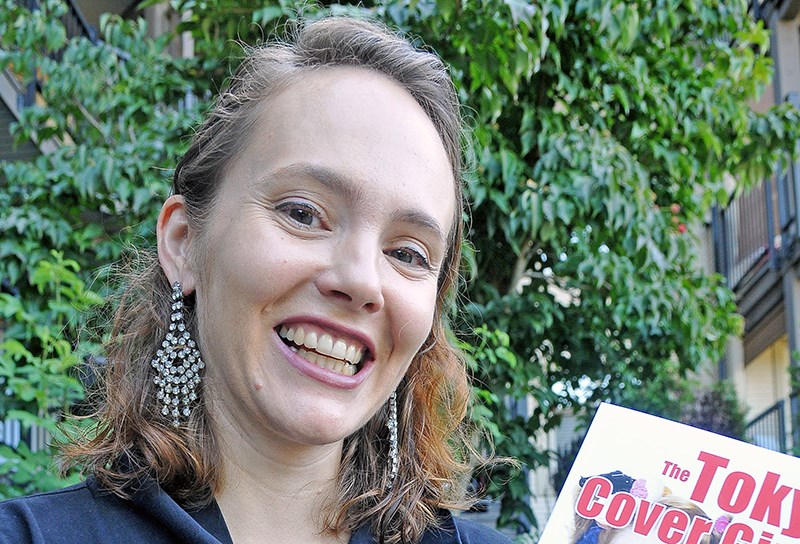 She had read a local newspaper story about a successful model and religiously followed the careers of superstars Linda Evangelista, Cindy Crawford and Christy Turlington.

At 15, Amsden got an agent and, a year later, she was off to Japan on her first contract. “I thought my dream was coming true,” the Port Moody resident recalled.

Amsden had the look the Japanese fashion industry sought: Tall, white skin, big eyes and a heart-shaped face. And, over the course of two years, she gained work in Taiwan and Hong Kong as well to represent Shiseido, Elite Models, Monique Magazine, Fuji Daimaru and Lee Jeans.

But by 18, the Thomas Haney secondary grad had become disillusioned. She was put in compromising situations — including having to disrobe for a photo shoot — and had developed an eating disorder. She also had become angry and judgmental. “I wasn’t taking very good care of myself,” she remembered.

After two years in the fashion world, she quit.

Amsden used some of her modelling money to travel Europe and to pay for her communications degree at Simon Fraser University.

Last spring, she started to write a young adult book of fiction based on her modelling experiences overseas.

Next month, Amsden will officially launch her self-published work, The Tokyo Cover Girls, during a blog tour for book reviewers in Vancouver.

In it, Amsden creates three teenage characters (one from Canada, two from the U.S.) who compete for a commercial campaign; however, their quest turns deadly.

Amsden said while the murder-mystery novel is supposed to be a fun, light-hearted read, it also sheds light on some of the pitfalls involved in the fashion industry.

These days, the proliferation of social media — with teens posting sexualized photos of themselves — has augmented the myth about modelling, she warned. And there are lots of opportunities for young people to be unknowingly victimized.

“Though it’s often portrayed as being this glamorous lifestyle, the modelling industry can be a very scary place for young girls. In my novel, the three characters must confront all the dangers of that world in a way that I hope will make young readers think differently about what it means to be a Karlie Kloss or a Gigi Hadid.”

Now, when moms ask her advice about sending their daughters into the beauty business, the ex-model, fashion blogger and mother-of-two is plain spoken. “You can make some good cash but you have to be cautious,” she said during an interview last week. “You have to be a well-rounded person to have something else to fall back on when it’s over. You just can’t be a model forever.”

• The Tokyo Cover Girls will be unveiled Sept. 15 at Christianne’s Lyceum of Literature and Art (3696 West 8th Ave., Vancouver) from 7 to 10 p.m. It is also available through Amazon and her website jackieamsden.com.