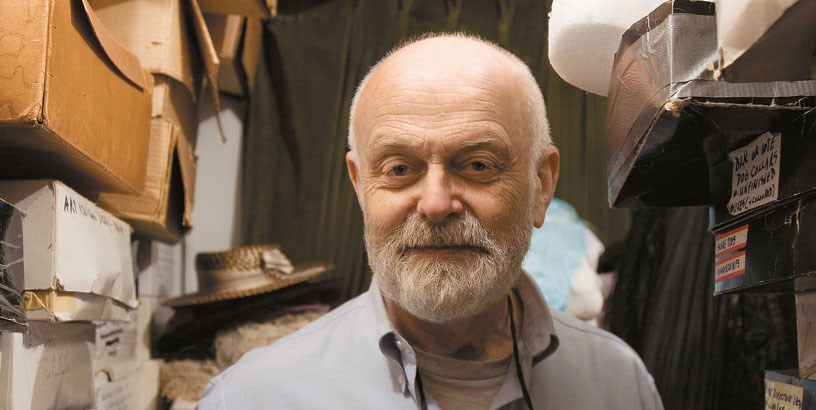 Ivan Sayers wants to help where he can.

The fashion historian may not be able to fly to Africa and directly support the orphans being brought up by their grandmothers but he believes his talents might benefit an organization that will assist those caretakers.

“You have to contribute in ways that you can,” he told The Tri-City News last Friday. “For me, I worry about getting fat. Over there, people are dying and are leaving children behind. It puts things in perspective very quickly.”

Next month, Sayers will showcase part of his extensive garment collection at a fundraiser for the Coquitlam Gogos, a group of area grandmothers who build awareness and raise funds for the Stephen Lewis Foundation.

His Grandmothers to Grandmothers Campaign helps projects for grandmas and their grandchildren orphaned by HIV and AIDS in 15 sub-Saharan African countries — a program in which Canadians have given $24 million.

Julie Lemon, spokesperson for the Coquitlam Gogos, said the Coquitlam group brought in $12,000 last year through events such as a fashion show on International Women’s Day and a Downtown Abbey-themed tea.

Lemon said the Coquitlam Gogos sought Sayers — a former curator of history at the Vancouver Museum — to host its next fundraiser “because he’s fairly well-known in Vancouver and he always has a lot to say.”

The 50 members with the Coquitlam Gogos (gogos is the African word for grandmother) aim to raise $4,000 on Dec. 10 for their cause — one that appears, once again, to be in a crisis mode as HIV/ AIDS are re-emerging.

It’s the African grandmas who are picking up the pieces, the Gogos say.

“You are talking about kids who are hungry and women who are looking after them without the support of  government,” Sayers said. “There is no safety net and no education for them. These are elderly women without the power of authority who are grieving after losing their own children.”

For his fashion show at Port Moody’s Inlet Theatre, Sayers will focus on festive garments throughout the 20th century — with plenty of red, green and white colours. He’ll have six models showing 18 outfits: some humorous, others high fashion that reflect the time period. Among the wares will be a hostess gown for Christmas morning, a New Year’s celebration dress and other social suits for fun and family occasions. “They show that winter is here and the cold will eventually end,” he said.