Fox students are working 9 to 5

For anyone wanting to know the workplace gains for women in the past 40 years, head over to Terry Fox secondary where, starting next Thursday, the Port Coquitlam high school will highlight a blast from the past.

From April 12 to 21, a cast of 35 students — under the direction of Dan Tilsley and choreographer Riley Langford — will showcase the musical 9 to 5, a production based on the sensational 1980 movie of the same name that examined sexism, harassment and gender inequality on the job site.

Tilsley said the musical, which was penned in 2009 and features music and lyrics from Dolly Parton, who starred in the flick, “has got a bit more of a modern feel than the movie.”

“But, overall, it’s the same plot line where you have three unlikely friends trying to get back at their evil boss,” he said.

Bricker didn’t mince words when describing Mr. Hart, who in the movie is acted by Dabney Coleman. “He’s a sexist pig,” the 15-year-old said. Still, “I wanted this role and was happy to get a lead.”

Newton, 14, a Pulse Dance Centre student who’s appeared in many musicals with the company, said the #MeToo movement — a social media campaign to help demonstrate the widespread prevalence of sexual assault and harassment, especially in the workplace — hadn’t gone viral when the show was selected last year.

“I think it’s a really good time to do this musical because it’s showing women in empowerment,” the Grade 9 student said.

Newton’s character of Judy is a newcomer to the office and has struggled as a divorcée. She also struggles to fit in with her co-workers as Doralee, Mr. Hart’s assistant, is presumed to be sleeping with her employer, and Violet — the widow with four kids — is constantly looked over for promotion.

“It’s the old boys’ club,” Woodward added. “Violet has run the place for 15 years and has trained all the men, including Mr. Hart, and gets nothing in return.”

Tilsley said he’s had assistance from other Fox teachers to put on the musical: band teacher Ryan Cho is leading the vocal section while Peter Haerdi built the sets. 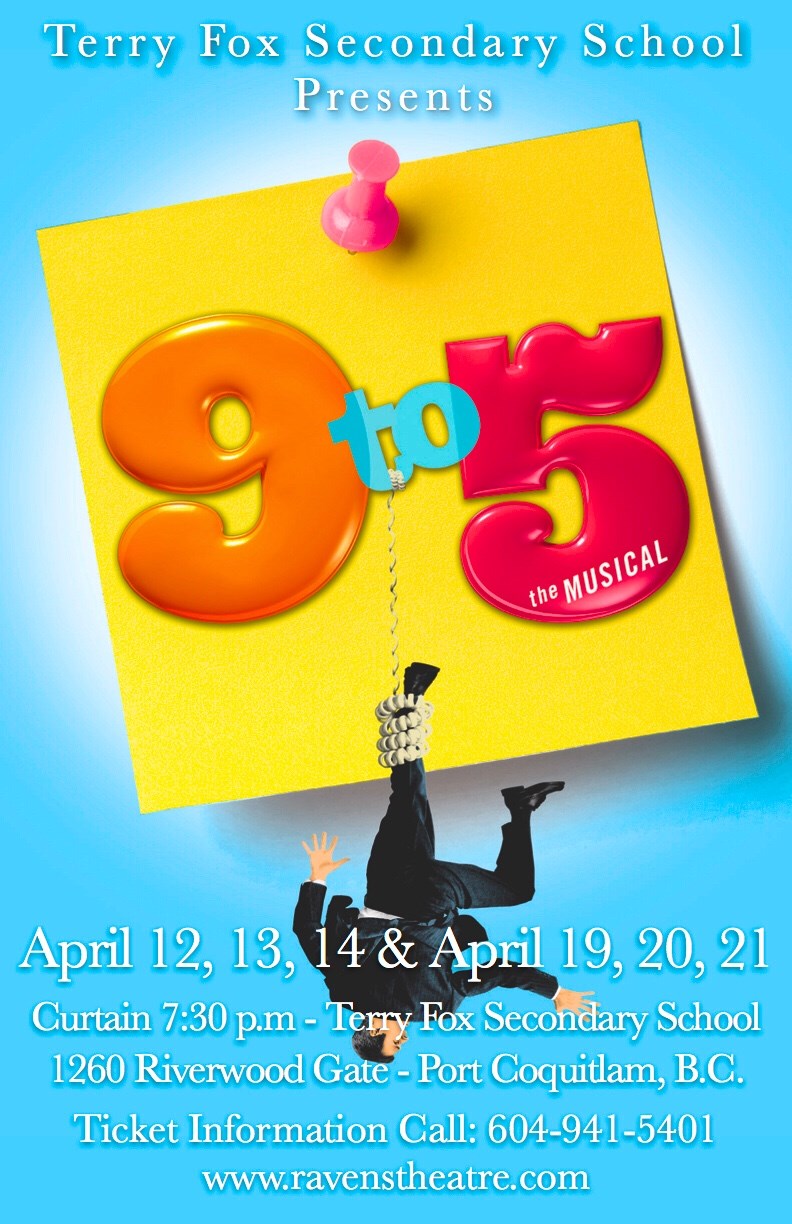