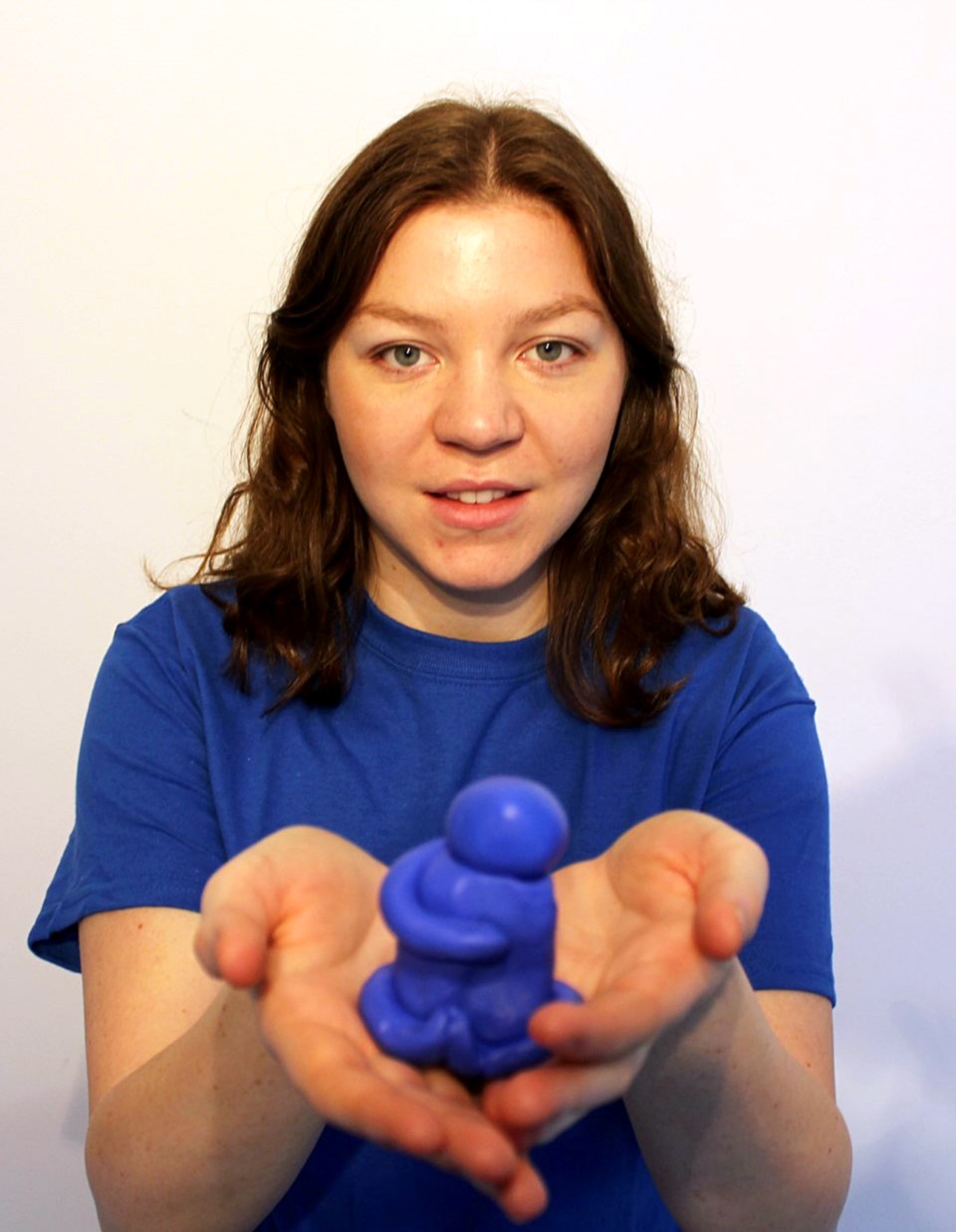 A Coquitlam resident who last month took on the role of Port Coquitlam’s artist-in-residence is developing an aggregator to help fellow artists.

Meghan Jackson, a graduate of Emily Carr University of Art + Design with a BFA in painting and a minor in creative writing, is hoping her artbot.ca will become a kind of one-stop shop for visual artists to gain inspiration.

Currently, her website is based around the theme of happiness, she said during an interview before her Leigh Square space closed indefinitely because of the COVID-19 pandemic.

As well, Jackson is working on a series of original content for the aggregator in the form of eight-minute long archival short films.

“For a long time, I was a luddite to technology,” the Ottawa native told The Tri-City News. “I was just working on my painting but eventually I became more interested in what happens around the art world more than the art itself.”

Jackson said she became disillusioned with art galleries and institutions, and challenged the art world’s social norms and barriers. “I kept thinking, ‘Why am I a part of this?’”

Jackson recently moved from Vancouver to Coquitlam City Centre. Her city residency at The Outlet at Leigh Square ends June 26.