Port Coquitlam resident Olive Chan is calling on fellow artists to thank front-line workers and to remember isolated seniors with an uplifting art gift.
Nov 27, 2020 10:46 AM By: Janis Cleugh 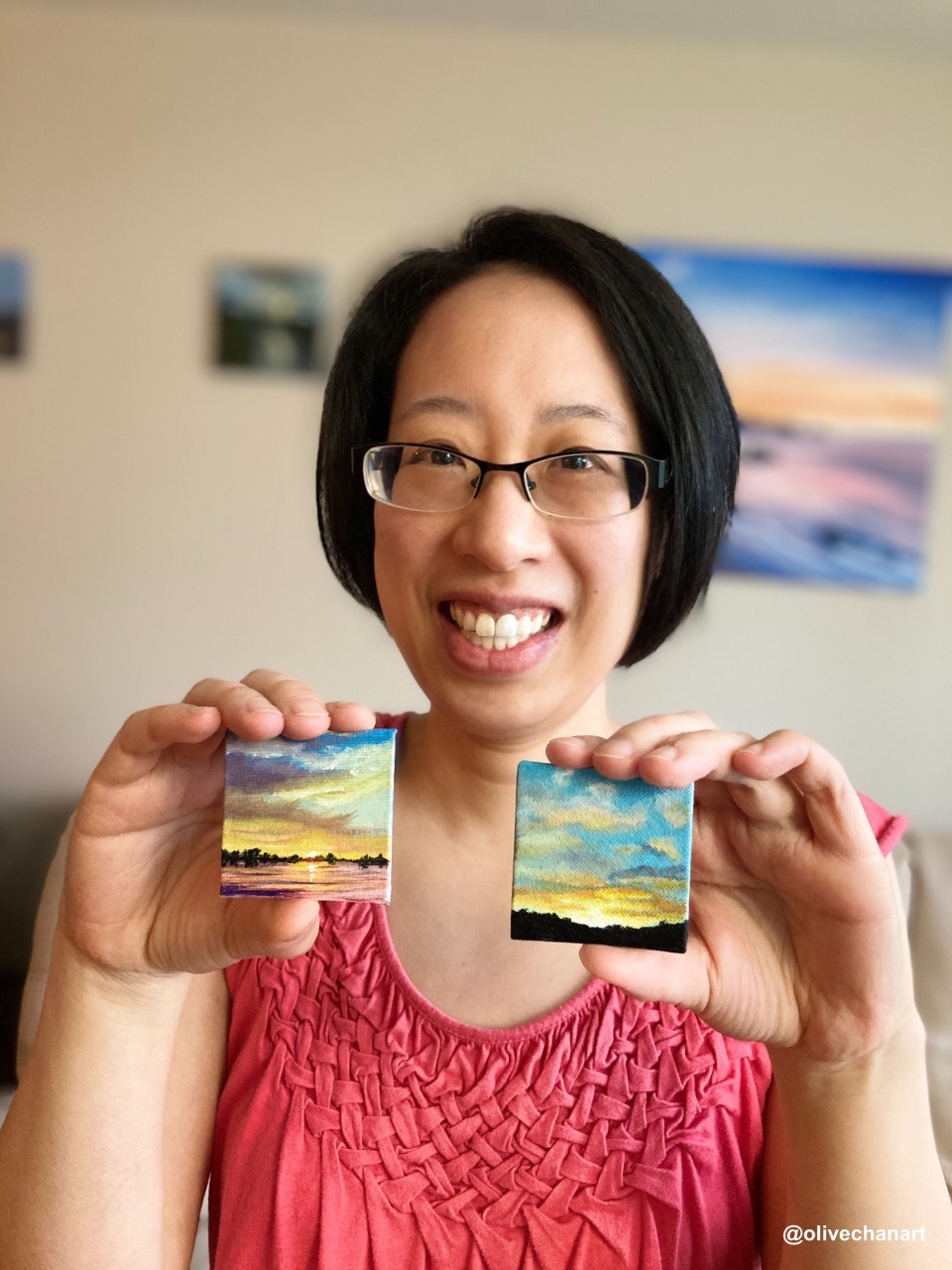 When Port Coquitlam artist Olive Chan was at a doctor’s office for a COVID-19 test, she noticed the employee exhaustion from the pandemic.

At the time, the facility was not only looking after its own patients but it had also morphed into a temporary COVID-19 testing centre.

Hearing that the site would close soon, Chan thought about how she could thank the doctors and nurses who were preventing the disease.

Chan remembered she had two-by-two inch canvasses that she used after her painting sessions, to “recycle” her left-over acrylics, and she brought a stack of finished landscape pieces to reward the staff for their service.

Afterward, Chan had six left over so she reached out on social media to see if anyone wanted to nominate a front-line worker to receive a gift.

Chan’s idea got attention and, soon, she was sharing her new movement with fellow artists using the hashtag #LittleArtsofKindness.

Last month, she created eight images of sunsets and sunrises to launch the campaign, and asked for names of emergency service workers and seniors. 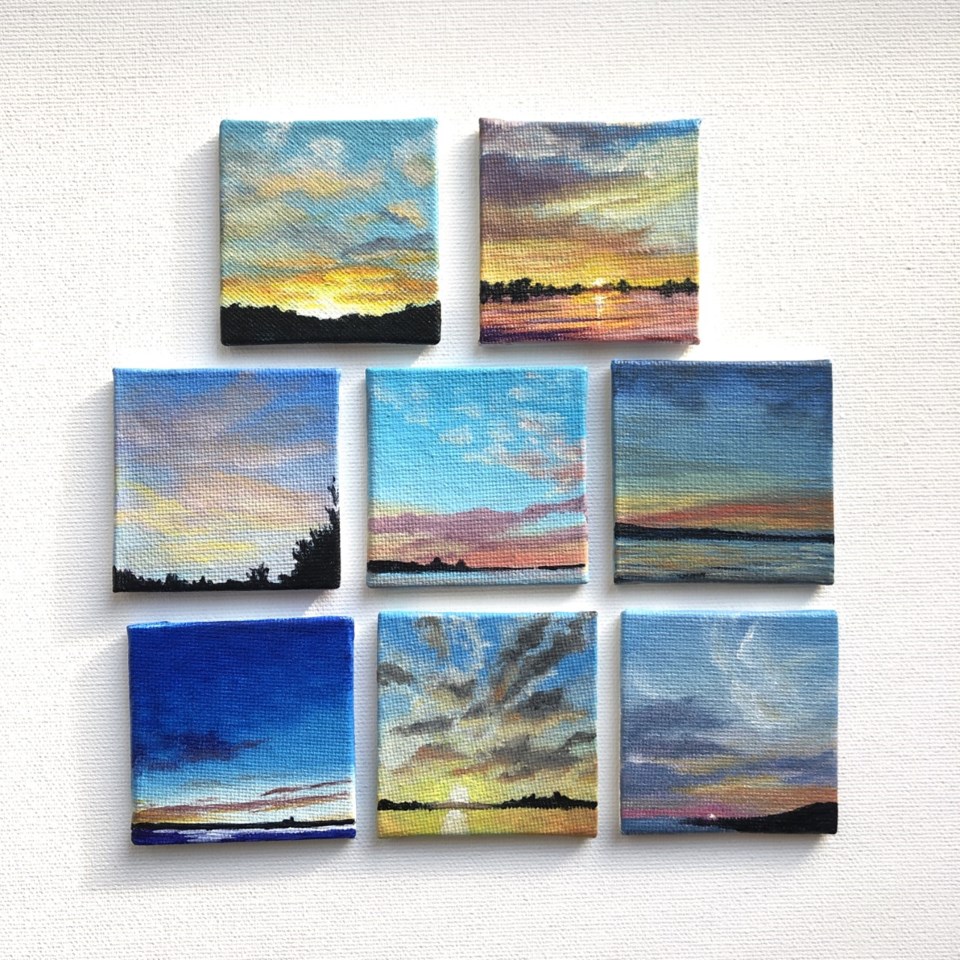 Next week, three nurses, a physiotherapist, a teacher and a mental health occupational therapist on the Downtown Eastside will get her artwork.

Chan will mail her images to honourees in Coquitlam, Surrey, Vancouver, Richmond, Edmonton and Los Angeles. And she’s writing them a note, telling them about #LittleArtsofKindness and offering them boost. “I want them to know their work is important and they’re being seen,” she said, adding that her sky theme is a reminder to personnel and isolated seniors to “keep looking up.”

Chan said the community generosity has been contagious: Someone offered to pay for the postage to send her eight small canvasses because “they said they didn’t know how to paint so this was a way they could give. I was really touched by that,” said Chan, who has her BFA in set design from York University.

Chan said her tiny pieces are a way of giving an “art hug,” and she hopes her #LittleArtsOfKindness will inspire fellow artists to follow suit. “Collectively, we can reach a lot of people impacted by this disease,” she said. “There’s so much grief in the world. A small gesture can go a long way.” 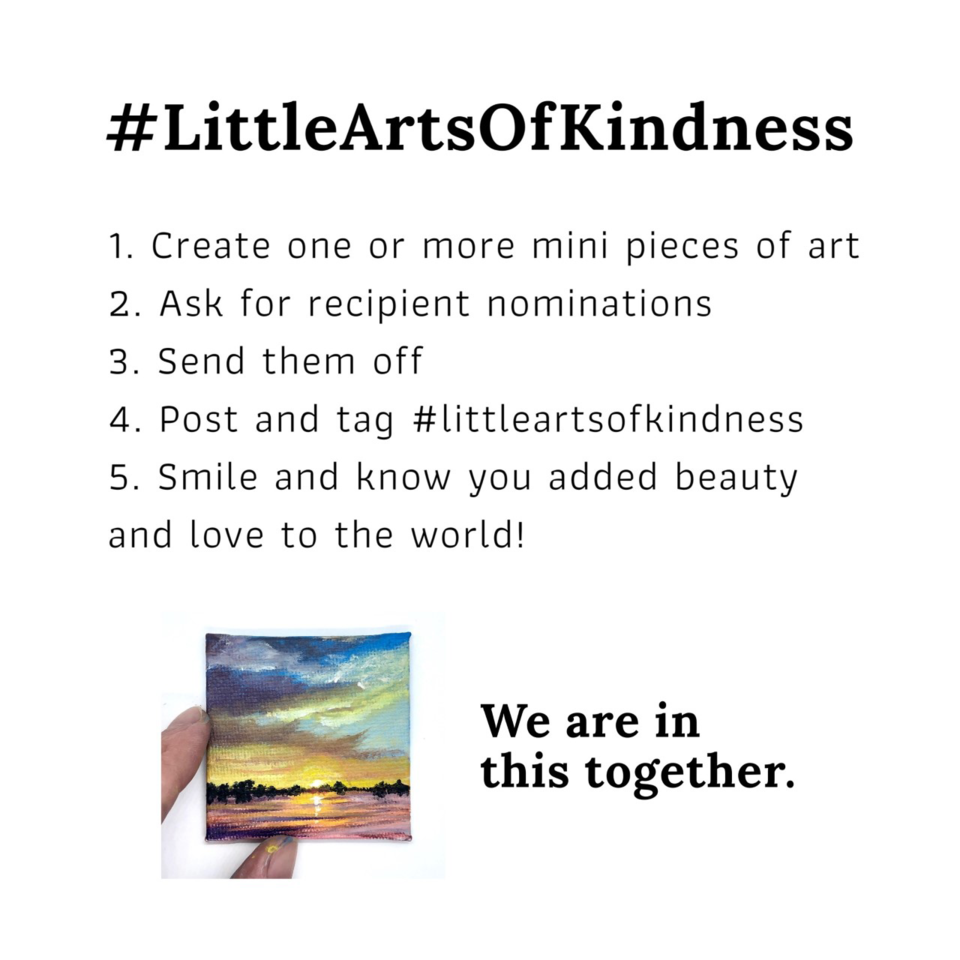