Port Moody man shows he can Sing On 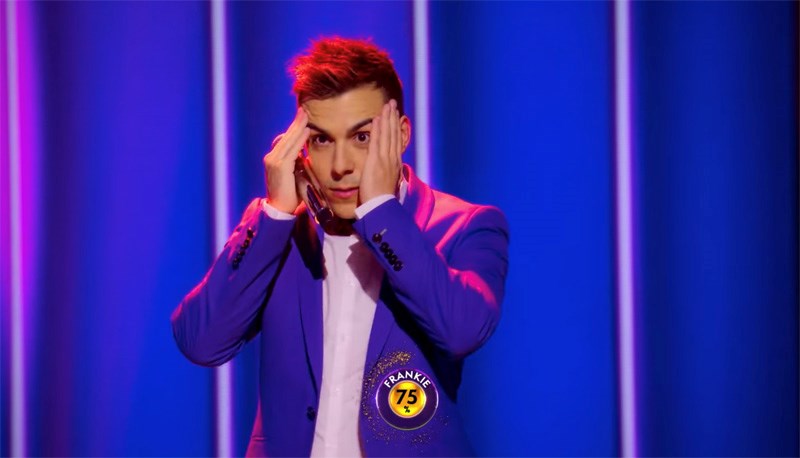 Frankie Cena reacts to his score on Sing On!, a karaoke gameshow that premiered on Netflix streaming service Sept. 16.SCREEN GRAB

A Port Moody man with an ear for debate is proving he also has a voice for karaoke.

Frankie Cena recently won more than $40,000 USD on the new Netflix reality TV series Sing On! that challenges six contestants to sing popular songs as close to their original performances. Competitors are scored by a digital “vocal analyzer” that measures them against the original and contestants vote on which of their foes to eliminate in each round.

Cena, a former Mr. Canada and the founder of a Vancouver-based debating academy, said the show’s unique format worked to his advantage as he was able to use his singing chops and strategic cunning to advance to the fifth and final round in an episode that featured Summer Anthems.

“This competition is the perfect combination of singing and strategy,” Cena said, who got his first taste for performing with the British Columbia Boys Choir when he was nine-years-old. Earlier this year, he appeared with other members of his family in the CBC’s Canadianized version of the gameshow Family Feud, and he also appeared on the final season of Canadian Idol, another singing competition.

Sing On! premiered on the Netflix streaming service on Sept. 16. The show is hosted by Tituss Burgess, a veteran Broadway performer who’s also been nominated for an Emmy award five times for his role on the comedy series Unbreakable Kimmy Schmidt, that also appears on Netflix.

Cena is the only Canadian contestant to appear on the first season of Sing On!, which was recorded in London, England. The show also has versions produced in German and Spanish.