School's (nearly) out for Rock School 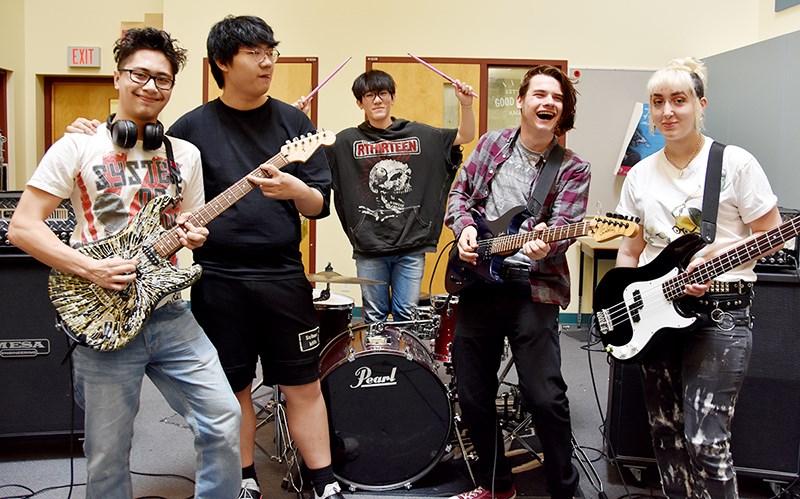 Cover tunes by Adele, Pearl Jam and Ed Sheeran — and about two dozen more songwriters — can be heard at Rock the Fox next week in Port Coquitlam.

The three-night concert is the “final exam” for grade 9 to 12 students in this semester’s Rock School, a program designed by Juno award-winning teacher Steve Sainas at Terry Fox secondary.

As well, some student bands will also play their original compositions.

The concerts begin at 7 p.m. at Terry Fox Theatre (1260 Riverwood Gate, PoCo); tickets are $5 at the door (cash only) or from Rock School students. Doors opens at 6:30 p.m. Proceeds benefit the Terry Fox Rock School and Recording Arts programs.

Sainas said the skills-building class is open to all levels of guitar players, and acoustic guitars (with nylon strings) will be supplied.

“We’re going to play the songs they want to learn,” he said, noting tunes by Jason Mraz and Ed Sheeran as well as television theme songs tend to be the most popular. “It’s a rare opportunity to learn from a teacher who is also a professional musician. The class also gives kids a head start if they want to join Rock School at Fox.”