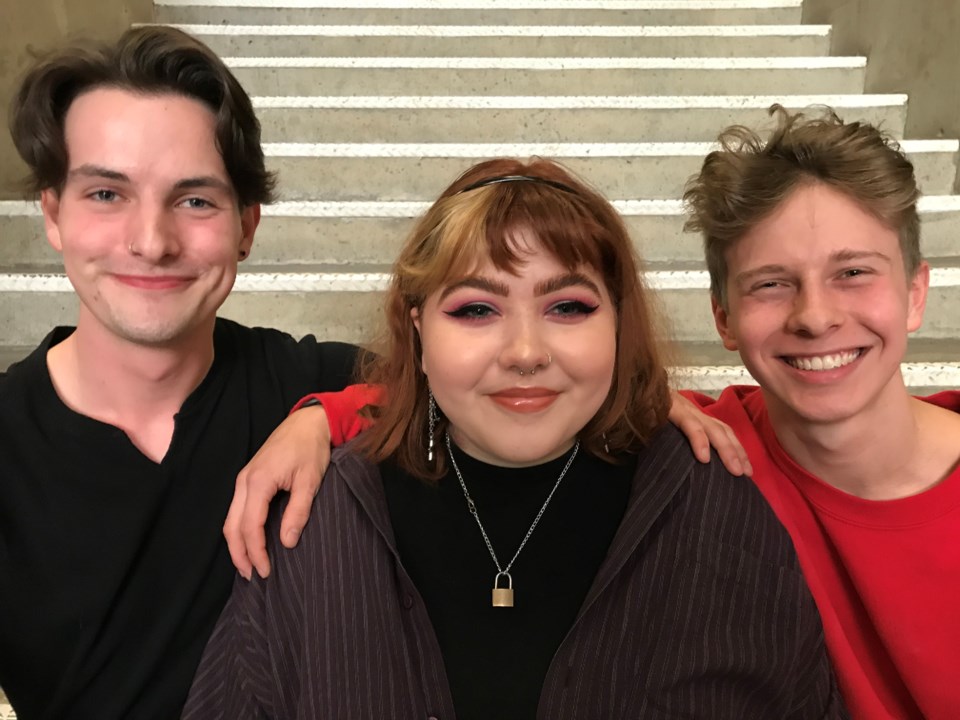 The theatre at Port Moody’s Heritage Woods secondary will see nine one-act plays roll out next week for the annual MetFest competition.

And the public is invited to watch the high school students perform — and get critiqued — by the adjudicator, Paul Moniz de Sa.

Heritage graduates Braden Callender-McLellan, Kate Wilson and Zach Jordan are directing 10 theatre students in a drama by Jordan Tannahill. “We chose to do Concord Floral because it was a play that inspired not only us as directors but the cast as well as it felt very relatable and true to being a teenager,” the trio said in a release.

Heritage is the last SD43 school to present at MetFest. The line up is:

Meanwhile, Best Players have their one-act play festival, titled Oops!, on this week until Saturday. Their fest includes The Comedy of Errors while the Acting 12 class presents The Attempted Murder of Peggy Sweetwater by John Rustan and Frank Semerano, and a farce called A Story of Chelm by Linda Gaye Shapiro. Entry is $10/$8 at the school (2525 Como Lake Ave., Coquitlam).

And Riverside secondary (2215 Reeve St., Port Coquitlam) hosts its Festival of Short Shorts in the lead up to MetFest, also until Saturday. Tickets are $10 at the door; a catered show on Friday is $25. Email nroberge@sd43.bc.ca for tickets to the latter event.