Evergreen Cultural Centre can plan now for fall knowing it's only lost half its revenue as COVID-19 dimmed the stage lights for months
Jul 6, 2020 2:35 PM By: Diane Strandberg 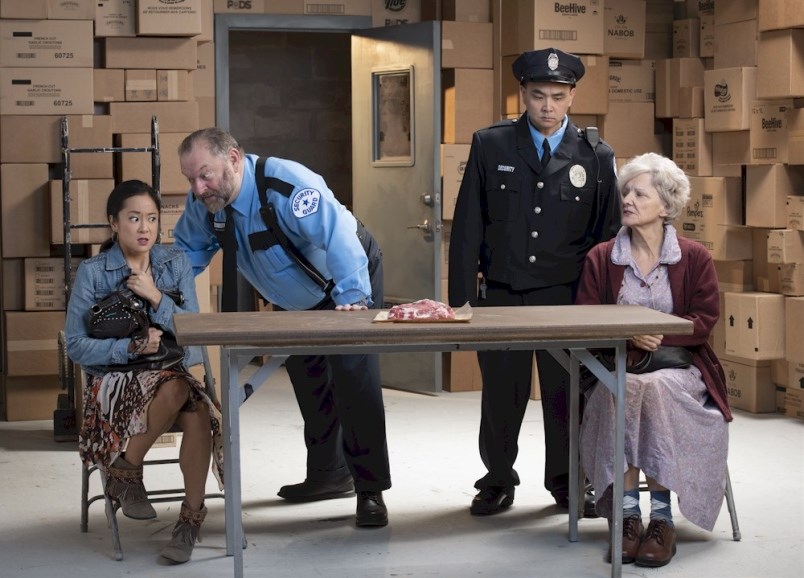 The Shoplifters was a popular play in January but now Evergreen Cultural Centre is having to postpone its upcoming season, due to COVID-19 pandemic restrictions.David Cooper

Was it just six months ago that the Evergreen Cultural Centre added an additional show for its popular The Shoplifters run in Coquitlam?

And while so much has happened in the intervening period, thanks to the COVID-19 pandemic cancelling live performances and festivals in the Tri-Cities, the iconic Coquitlam theatre and arts centre is once again looking at how it will move forward.

Thanks to theatre patrons who donated back money from cancelled shows and subscriptions, the possibility that some live and educational programming could continue is definitely being considered.

“The amount of support we have received from our patrons is heart-warming to say the least,” said executive director Philip Hartwick.

While the 2020/21 performing arts season will not be moving forward, there may be a selection of intimate performances for smaller audiences as well as online programming via social media.

Since closing to the public on March 17, Evergreen has had to cancel the remainder of its 2019-2020 season, and further postpone the planned 2020- 2021 season to the following year.

The shut down could have meant curtains for the theatre, but revenue losses were kept to only about 50% thanks to a combination of donations, account credits and gift certificates.

As much as 45% of ticket purchasers whose events were cancelled donated the cost of their tickets or retained a credit instead of requesting a refund and 77% of early season subscribers for the 2020-21 season returned the cost if their subscriptions as donations and credits to the theatre.

The art gallery, meanwhile, is open with an exhibit called Trace by Gwenessa Lam and Hyung-Min Yoon. Visitors can also take a tour along the Evergreen’s exterior lobby windows to see In Possible Lands by Annie Briard. Both installations will be available until Aug. 1.

For more information on the theatre’s restart plan, visit https://evergreenculturalcentre.ca/covid-19-response/