What to do when the show can’t go on at Tri-City schools?

High schools in Coquitlam, Port Coquitlam and Port Moody had musicals planned for the spring but whether audiences ever get to see them is up in the air
Mar 20, 2020 1:46 PM By: Janis Cleugh 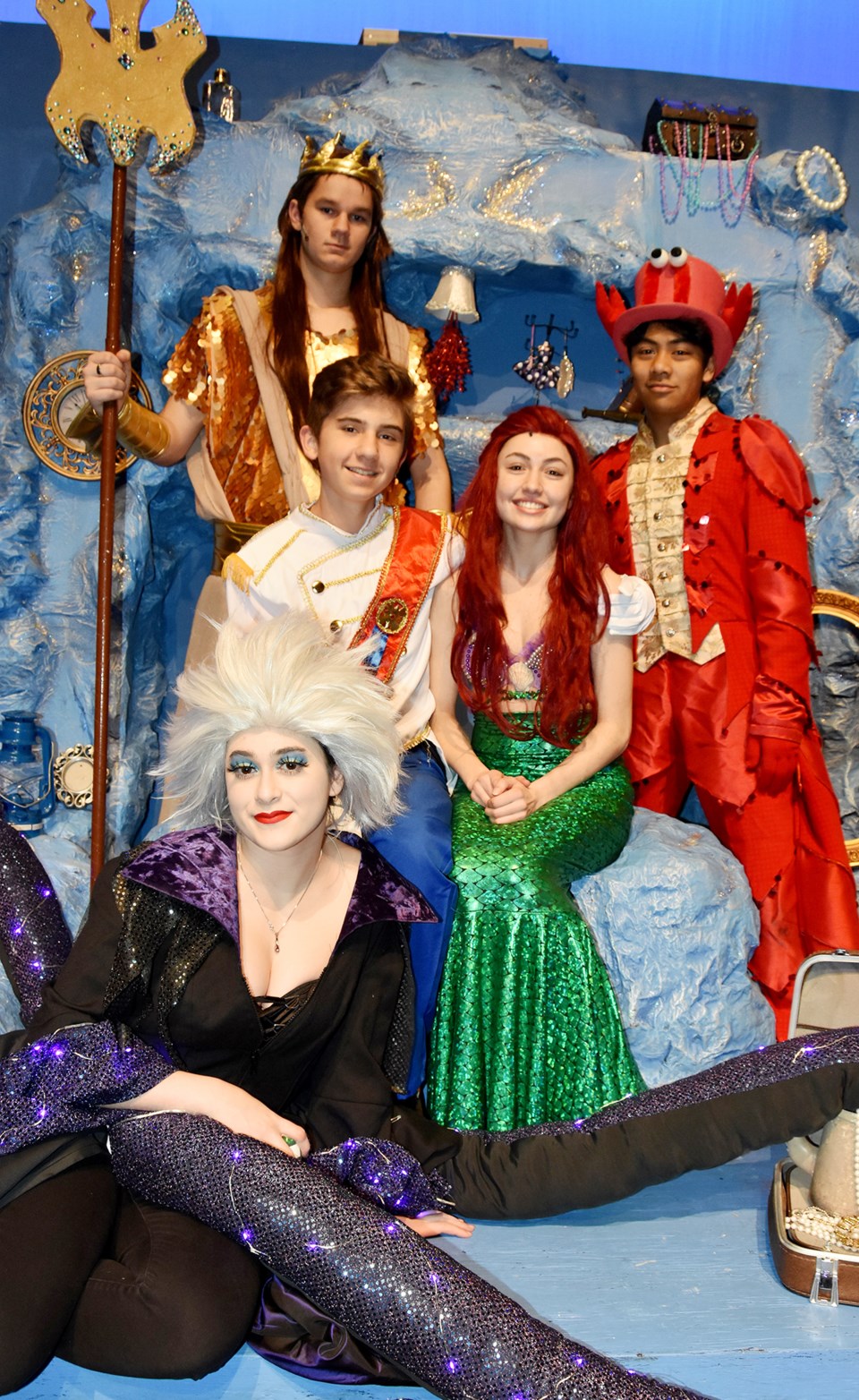 The leads in Centennial secondary's The Little Mermaid, as presented at the Coquitlam high school last month.JANIS CLEUGH/THE TRI-CITY NEWS

For months, theatre students in School District 43 have been in rehearsals for their spring shows.

Now, their productions are in jeopardy, with schools in B.C. and across Canada indefinitely suspended because of the global COVID-19 pandemic.

While Pinetree, Centennial, Riverside and Archbishop Carney secondary schools have already showcased their talent — Freaky Friday, The Little Mermaid, Chicago and James and the Giant Peach, respectively — other Tri-City high schools are in tough positions.

“I really feel for my colleagues and their students, casts and crews who have been working for so many months to pull off the feat that is the high school musical production,” she told The Tri-City News. “There are so many cancellations and so many questions right now. It’s time to get creative about remote learning, online performances and keeping each others’ spirits up.”

Terry Fox, which was selected to represent the district at the B.C. Provincial Drama Festival in May — after winning MetFest last December with its production of God of Carnage — was due to come out with Heathers: The Musical April 9 to 18 at the Terry Fox Theatre.

April was also supposed to see Dr. Charles Best’s The Addams Family under the direction of Brad Case.

Justin Maller of Coquitlam’s Gleneagle secondary said his school’s show, Legally Blonde, hasn’t changed dates as of yet for May; a decision will come down after April 5, he said.

“We will make an update based on the vivid situation,” he told The Tri-City News. “If the students do not return to classes at all in April, our production may be postponed until June or even July.

“We hope to perform because this show was probably one of the most amazing group of students I’ve ever worked with,” he added.

Shanda Walters, theatre teacher at Port Moody’s Heritage Woods secondary, also said she won’t make a decision about whether to stage Bring It On, scheduled for May, until after schools re-open.

“We will be ready to perform whenever the health authority says it’s safe to do so as long as we can adhere to the guidelines to ensure the health and safety of our performers and audience members,” Walters said in an email to The Tri-City News.

As for Port Moody secondary, drama teacher Jesse Meredith said he doesn’t want four months of hard work on The Drowsy Chaperone to go down the drain — especially for graduating students, for whom “this would be their last on-stage experience,” he said.

“I have already been considering a livestream of the show or a DVD version if there is no possibility of an audience. As the expression goes, the show must go on, and I am determined to make it happen.”