Eight-year-old Lina Hrabinsky belts out a few bars of Shy, a song from the musical comedy Once Upon a Mattress.
Feb 4, 2019 11:19 AM By: Janis Cleugh 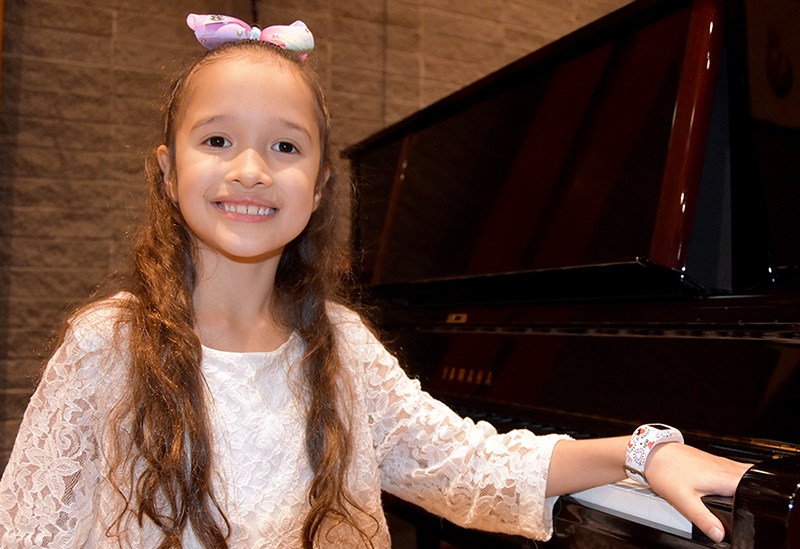 Eight-year-old Lina Hrabinsky belts out a few bars of Shy, a song from the musical comedy Once Upon a Mattress.

The Grade 3 student at Castle Park elementary is relishing the chance to sing the show tune — as well as Quiet from Matilda — for her début in the CDMF Performing Arts Festival, an annual gathering of young pianists, vocalists and speech arts students that opens next Monday in Port Coquitlam.

A student of Margo LeVae at the Tri-City School of Music, Hrabinsky is one of about 260 young students who, over the next month, will converge at the Trinity United Church for the festival’s 67th year.

Jacques Després of the University of Alberta (Edmonton) starts off the festival, on Feb. 11, with two weeks of piano. Next up is Vancouver soprano Dorothea Hayley, who adjudicates the classical voice component, starting Feb. 23. Finally, theatre director and actor Barbara Tomasic wraps up the festival by judging the speech arts and musical theatre categories, starting Feb. 28.

CDMF president Michael Wright, a former PoCo city councillor, said organizers were especially pleased to secure Tomasic as she’s a past CDMF entrant; it will be her first time at the CDMF adjudicator table.

But while most students are in it for a chance to hear tips from a pro, a few are also hoping to win a spot at the provincials to compete against other regional festival performers (this year’s Performing Arts BC will be held in late May in Chilliwack).

The public can hear the CDMF reps for 2019 at the honours concert on April 7.

Meanwhile, new for this year’s CDMF speech arts entrants are two half scholarships to the Arts Club Theatre’s Creative Teens Theatre program; the two candidates will be recommended by Tomasic.