Second pop-up parklet in Coquitlam springs up for the summer

Coquitlam crews this morning (Tuesday) put the finishing touches on the second pop-up parklet in the city.
Jun 22, 2021 12:17 PM By: Janis Cleugh 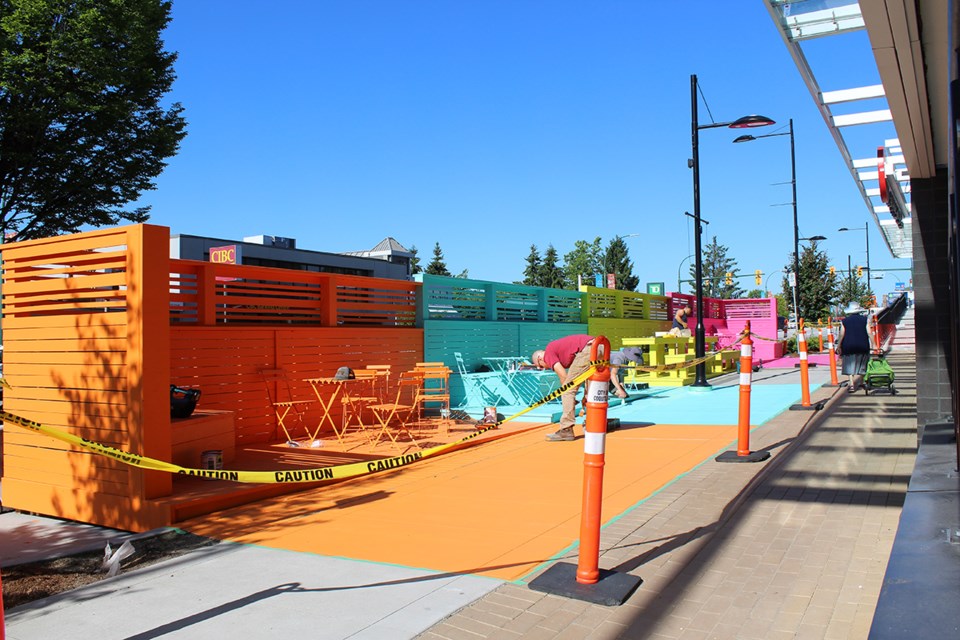 A splash of colour is added to Austin Avenue in Coquitlam, for the city's new pop-up parklet in front of Safeway in the Austin Heights neighbourhood.JANIS CLEUGH/THE TRI-CITY NEWS

Coquitlam crews this morning (Tuesday) put the finishing touches on the second pop-up parklet in the city.

The summer gathering space — located in a blocked-off area on Austin Avenue, in front of the Safeway store — has bright colours that are based on the Austin Heights Business Improvement Association brand that can also be seen on its street banners.

Kathy Reinheimer, Coquitlam’s manager of parks and facilities, said the pop-up is designed “to support the local restaurants and other small businesses who don’t have space for outdoor patios.”

Earlier this month, the city launched its first pop-up park by Coquitlam Centre mall, on Morguard Investments property; it includes a boardwalk, sandy beach for volleyball and lounging, seating, hammocks and table tennis.

A third parklet is set to open next month near the Burquitlam SkyTrain station, also on Morguard land.

All three pop-ups are designed by Coquitlam’s asset and operations manager Doron Fishman, with construction by the city’s parks team.