10 of the strangest world records set in Metro Vancouver

Ever thought about pulling a truck with meat hooks in your back or playing a marathon game of table-top hockey?
Jan 21, 2021 2:40 PM By: Brendan Kergin 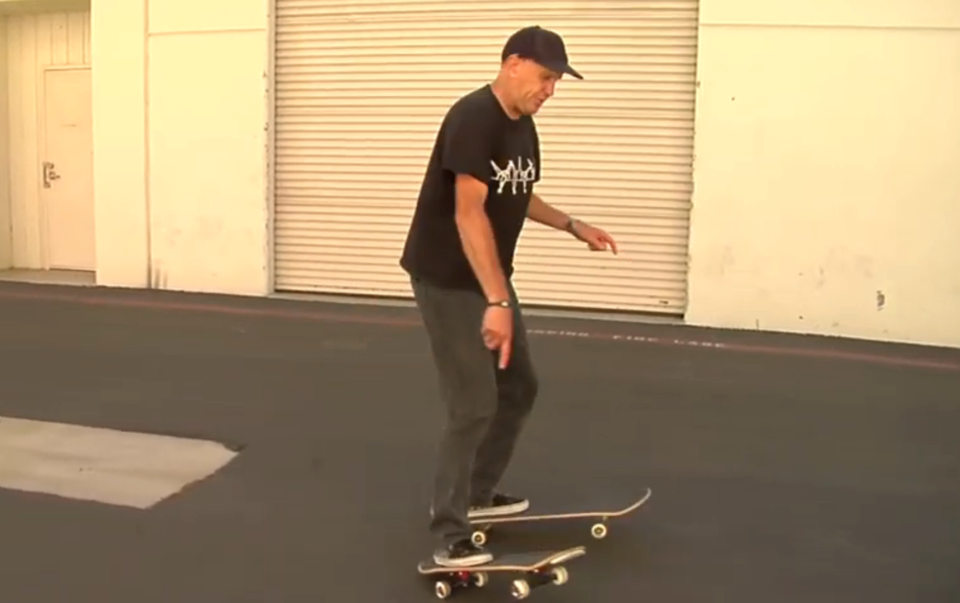 Kevin Harris shows how to break his world record.RIDE Channel/YouTube

You know what makes Vancouver awesome? All the weird stuff people do here.

Did the fastest marathon ever happen here? No. Did someone set a record for the highest jump here? Also no. However, there are a bunch of much stranger records that have been set here.

Most spins of skateboards under each foot

This is actually a fairly old record, considering the popularity of skateboarding. Set in 1979, it's held by Canadian skateboarding legend Kevin Harris (our nation's first pro skateboarder!).

The record was set with 1,032 spins at the 1979 Canadian Skateboard Championships. Harris took about 15 minutes to complete the spins, and likely a deep breath after getting off his two boards. One reason it might still stand is because it came in the early days of skateboards before more complex trips and skate parks existed.

Most consecutive unicycle backflips on a trampoline

While Harris did his task over 1,000 times, Cameron Fraser's number is a little lower: 2.

Another sign of how difficult this is? He alone holds the record, set in 2003 at the Garden Auditorium on a 3 ft. tall unicycle.

Most animal traps released on the body in one minute

This is the first in a series of three that took place at the Monsters of Schlock. The two-man circus of Sweet Pepper Klopeck and Burnaby Q. Orbax have many records to their names.

In this case it's Klopeck who pulled off the feat of having 37 animal traps released onto his body in one minute at the Monsters of Schlock show at the PNE in October 2016.

In this case it's Orbax who holds the record. In 2015 he attempted to break a record of 31 motorcycles driven over the body in two minutes.

He shattered the record, and may still have tire tracks across his back, with 70.

It should be noted that he doesn't have to do this; his fulltime gig is as a professor of physics (his real name is Jason Thomas) at the University of Guelph and comes to Vancouver to perform the feats where the pair have set a few records.

The record most likely to make you go "Owwwwwww!"

A warning to people thinking of trying some of these stunts themselves, Guinness won't accept applications from people younger than 16.

One of the most Canadian records set in Vancouver is the longest game of table-top hockey; this was set by a group of people in September of 2014.

We got word on the score!

Another very Canadian record was found by Vikas Tanwar and his family in Richmond in December 2010.

It seems while the maple leaf is often associated with eastern Canada, the west has the big ones; while unofficial, there apparently have been larger onces found by others on the West Coast.

One of the most recent records set by a Vancouverite, Lori-Ann Keenan's collection was verified in June of 2019.

With more than 2,174 items in her collection, she had ability to provide eye-shade for the entire audience at Stanley Park's Malkin Bowl. However, at the time of completing the record she told Guinness getting the record was her goal, and with that knocked off her bucket list she planned on selling them and donating the proceeds to charity.

At over 2,000 kg this is one giant cake. It's about the same weight as the Vancouver Canucks lineup on game day. The massive cake was baked/constructed by Saint Germain Bakery in 2016.

While the exact recipe hasn't been shared, it included 460 kg of carrot, along with pineapple, raisins and coconut.

Another very Canadian record, and a recent one. Lola Holmes was confirmed late last year to be the oldest living curling player in the world at 102 years and 37 days old.

Over that time she survived the Spanish Flu as a child and the COVID-19 pandemic. Her record almost never happened, too, after she was diagnosed with carpal tunnel syndrome at 83. However, a specialized stick is allowed in competitive curling and she learned how to use it.

Those are just some of the records set in and around Vancouver, there are plenty of others, like largest uninterrupted waterfront path, largest Pez dispenser sculpture and largest selection of ice cream flavours. Know of any others?