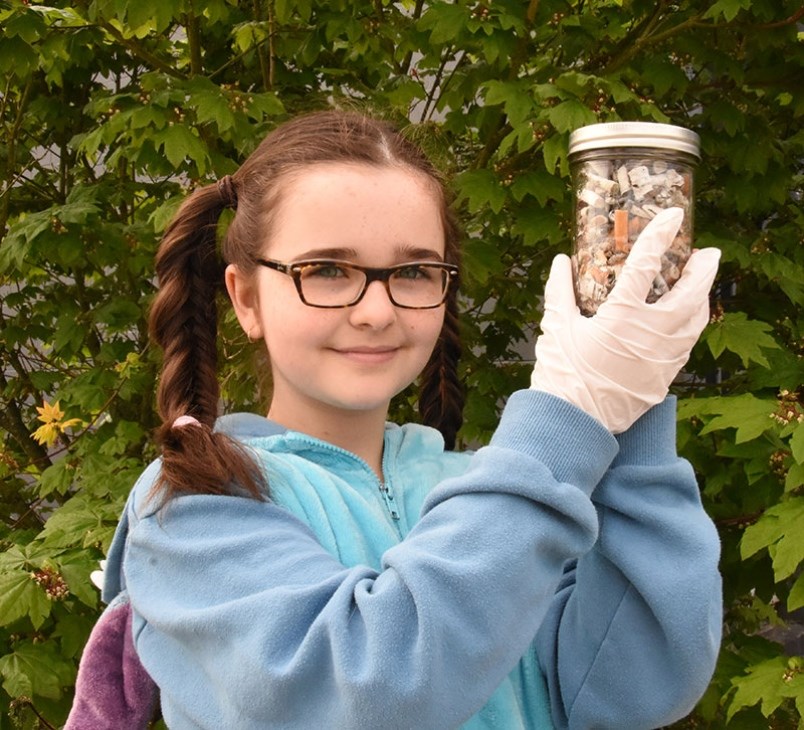 This week, Aniela Guzikowski launched a petition calling on the Canadian government to add cigarette filters to its planned single-use plastics ban, which is to take effect in 2021.Diane Standberg/File

A 12-year-old Coquitlam girl is taking her Butt Free BC campaign to the next level, calling on the federal government to ban cigarette filters to prevent the plastic waste from clogging waterways and threatening wildlife.

This week, Aniela Guzikowski launched a petition calling on the Canadian government to add cigarette filters to its planned single-use plastics ban, which is to take effect in 2021.

Prime Minister Justin Trudeau has promised to ban plastics such as bags, straws, cutlery, plates and stir sticks, and to take other steps to reduce pollution from plastic products and packaging.

Guzikowski said cigarette filters that are made of cellulose acetate — a type of plastic that can take years to decompose — should also be on the list. Her petition, available at change.org, notes that cigarette butts are a huge contributor to ocean plastic.

A ban on plastic filters would likely mean they could not be used in cigarette manufacture but Guzikowski said that might not be so bad because they don’t do as much as originally thought to reduce toxic substances from entering the human body and may, in fact, create more problems, based on research that plastic filter fibres enter the lungs and cause cancer.

“Once the smokers were educated that filtered cigarettes aren’t better for their health, I think they would be grateful that someone wanted the change,” she said.

Guzikowski's campaign has already been raising awareness and she goes out in her community to clean up butts out of concern for litter in local waterways, which are home to several species of fish, birds and other wildlife.

One day, she hopes to take her concern to Ottawa but for now is raising awareness with her petition through various social media channels; she is also planning to do a TED-X presentation in Surrey on the topic.

If she gets 1,000 names on her petition, “that would be amazing,” Guzikowski said.