All Nations Fest kicks off in Coquitlam 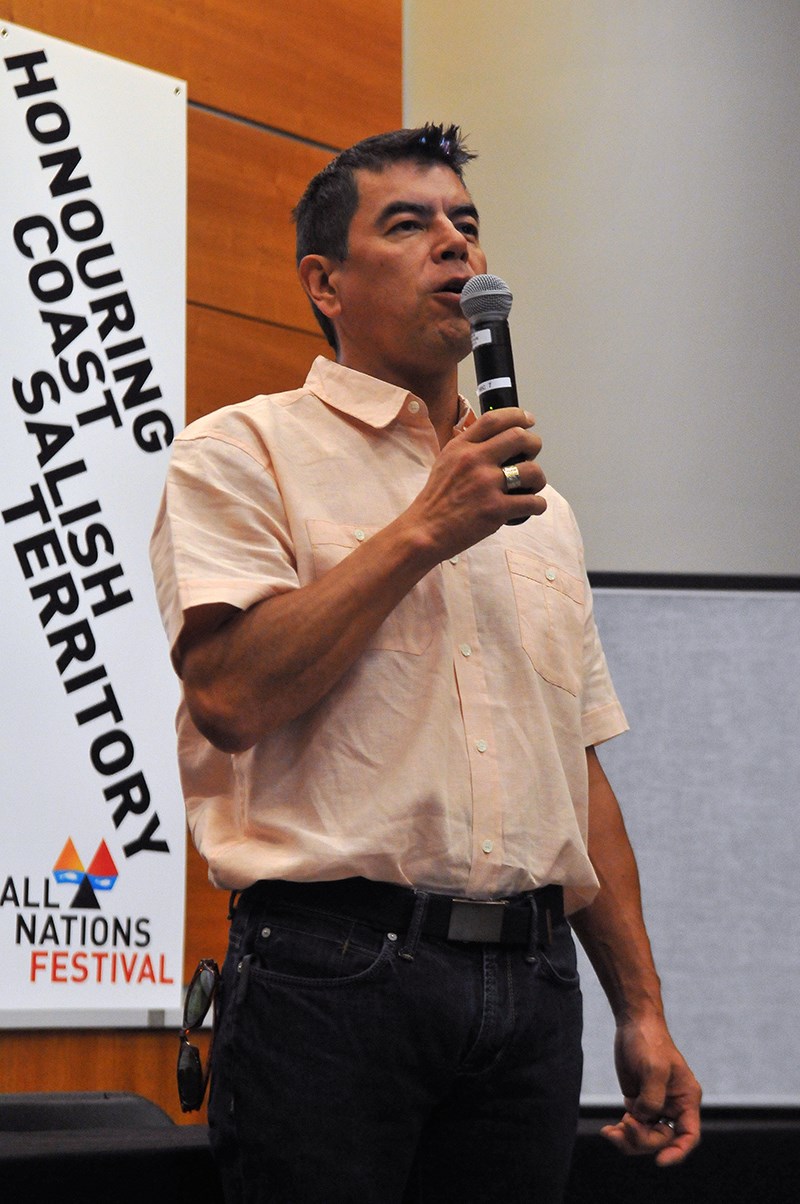 Calling it a "sacred ground," First Nations leaders launched this morning the first-ever All Nations Festival in Coquitlam — an area known as Kwikwetlem First Nation territory.

Thursday's colloquium at Douglas College drew about 100 people wanting to hear about the archaeological history of the Coast Salish people from speakers based at the universities of B.C., Victoria, Simon Fraser and Washington State as well as from the Canadian Museum of History, Ursus Heritage and the Sto:lo Research and Resource Management Centre.

The day will wrap up with a show by Juno Award winner George Leach at the Evergreen Cultural Centre.

On Friday, the event continues at Douglas College with talks about Coast Salish identity with art, language and land; award-winning author and Sto:lo member Lee Maracle is the keynote speaker.

Maracle was one of five leaders who kicked off the colloquium, talking about the importance of preserving tradition through storytelling.

Meanwhile, the festival — which is sponsored in part by The Tri-City News — spills over to Coquitlam Town Centre Park Friday and Saturday with entertainment and a salmon barbecue.

You can hear the musicians starting at 5 p.m. Friday while the celebrations go from noon to 8 p.m. Saturday and include performances by Bill Henderson of Chilliwack and Doug and the Slugs (for the full festival entertainment lineup, visit allnationsfest.com).

Eric Kalnins, Coquitlam's tourism manager, said city staff have been working for months to get the inaugural event off the ground. And last month, city council awarded the Tsleil-Waututh Nation, the festival organizers, a $51,550 Spirit of Coquitlam grant.

About 3,500 visitors are expected to take part over the three days.

"Events such as the All Nations Festival are economic and tourism drivers and the addition of a multi-day festival is great for local business," Kalnins said. "Combined with the 2015 Canadian Senior National Baseball Championships, it makes for an exciting weekend in Coquitlam."